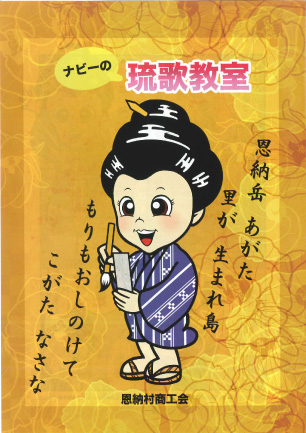 Are you interested in creative writing or composing songs? Here is something that might help you get some inspiration!

Ryuuka is a genre of songs and poetry with a fixed form, that originated in Okinawa and Amami islands. Most of them consist of 8-8-8-6 syllable structure, while Haiku that originated in mainland Japan consists of 5-7-5 syllable structure. Ryuukas are made for two purposes - simply to be read aloud with the rhythms that the words have, as well as to be sung with melodies.

Chi yu cha ta gu tu (finally bloomed in morning-dew, my heart is just like that)

The song Kajadifuu is normally played in celebratory ceremonies, such as weddings, as an opening act. The song is normally accompanied by a traditional Ryukyuan dance. The reason why this is played as an opening act in ceremonies is that the song was originally composed with a wish for the peace of the kingdom and for the rich harvest. Therefore, the song is performed at celebratory ceremonies wishing for the prosperity of the people being celebrated.

A Ryuuka artist from Onna village 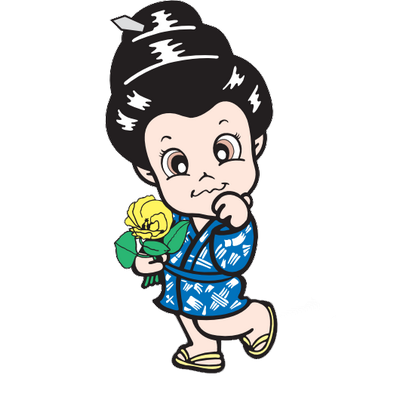 You may have heard about, or at least seen 'a mascot character' of Unna Nabii, who is known as a Ryuuka poet from Onna village. She is said to be from a farmer’s family. The Ryuukas she composed are powerfully telling stories about farmers’ sentiments and passionate love. One of the famous Ryuuka she composed was used as a part of ‘Unna bushi (A tune of Onna)’, one of the songs to be performed in the royal court in Shuri, despite her intent to criticize the government.

*The words in the above lines are divided by spaces by syllables, not by words (e.g. the word ‘Unna’ is divided into ‘U’, ‘n’, and ‘na’), to demonstrate the particular rhythm the Ryuka has.

The notice board she wrote about in this Ryuuka is said to be put up by the kingdom officers before a deputy envoy from the Qing dynasty visited the northern part of the island for an inspection tour. The notice was made to notify the young people in Onna area of a new ban to restrain them from having Mooashibii night parties in the places near the pine tree, where the public office was located.  Mooashibii night parties, the open-air parties, where young men and women would find their partners whilst enjoying music and dances, were considered to be ‘barbaric’ by the Ryukyuan kingdom. Therefore, they put up a notice banning these parties to be held near the places where the Qing envoy would visit.