In Japan, years are sometimes written in the Japanese era calendar which is based on the reign of the Emperor. For instance, the Western year 1968 is 43rd year of Showa era (which started in 1926). The name of the era is changed when the Emperor on the throne is replaced by another due to the death of His Majesty or abdication. This year converter will help you convert years in the Western calendar to the Japanese calendar or the other way round.

Use this converter to convert your D.O.B., submission date of official documents to be submitted to municipal offices, etc. 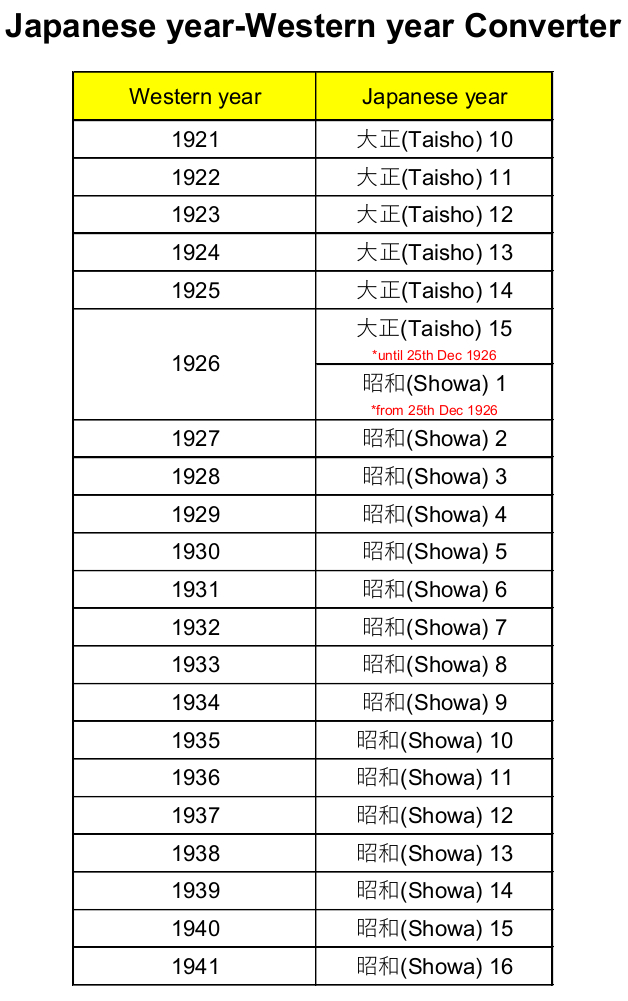 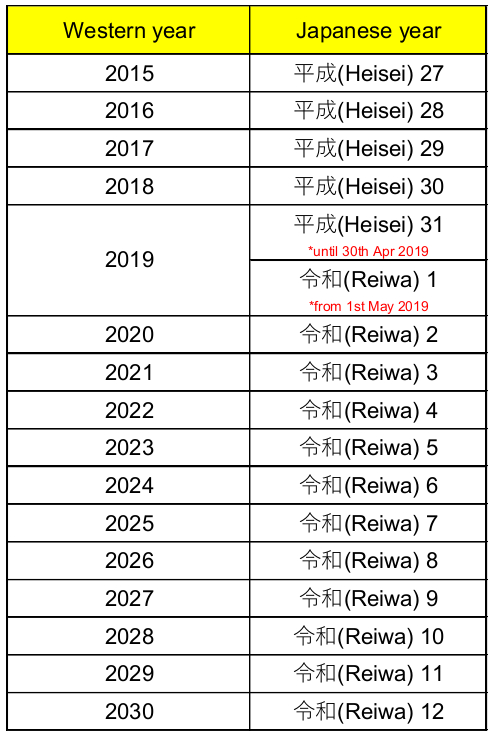