Mr Ikehara is the owner of the cycle shop in Ishikawa, Uruma city called Cycle Plaza Ikehara. He has run the business for many years. Many of OISTers have visited his shop to buy and maintain their bikes. He shared with us some interesting stories as well as his recommendations for those who are considering cycling in Okinawa. 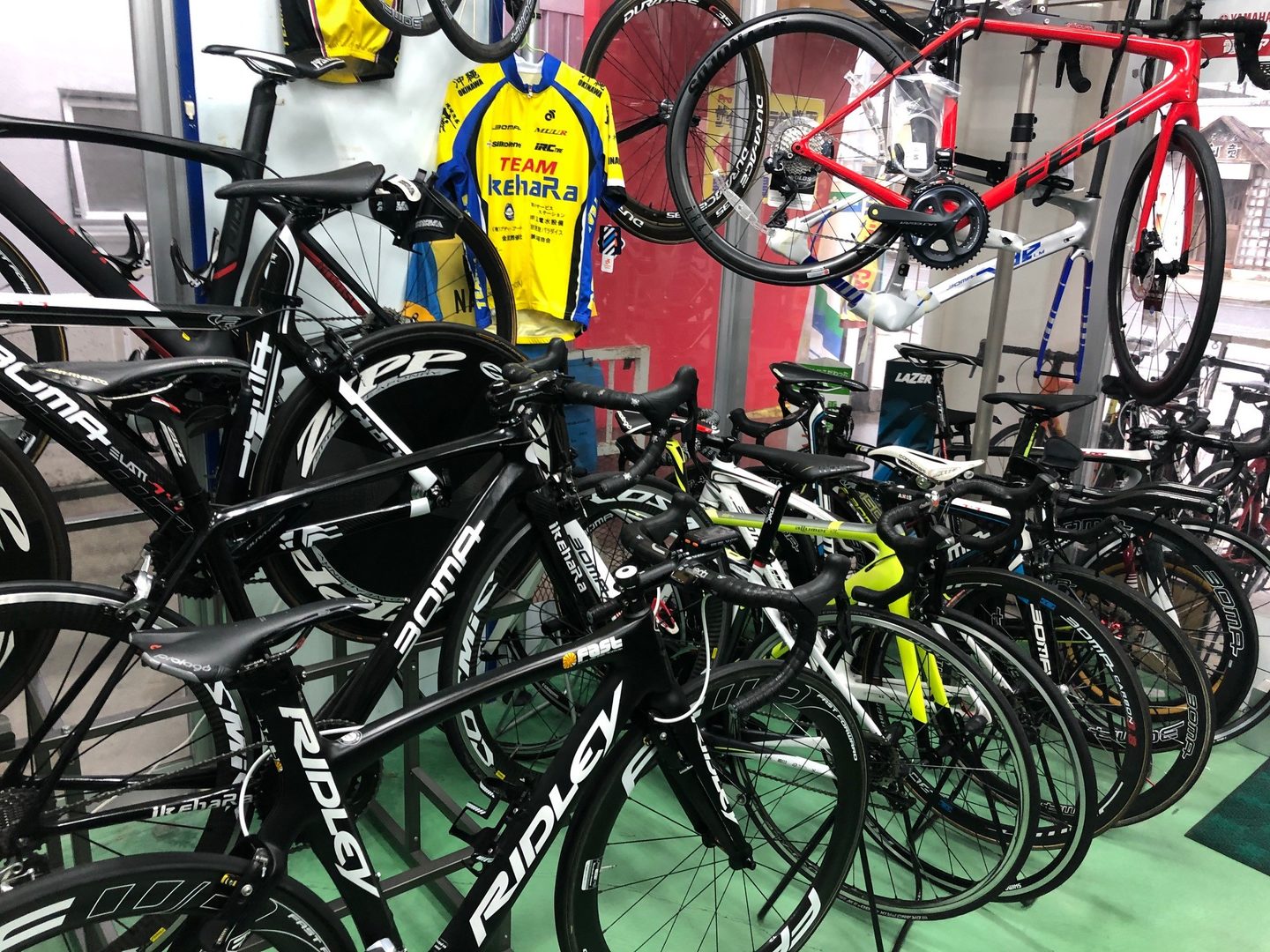 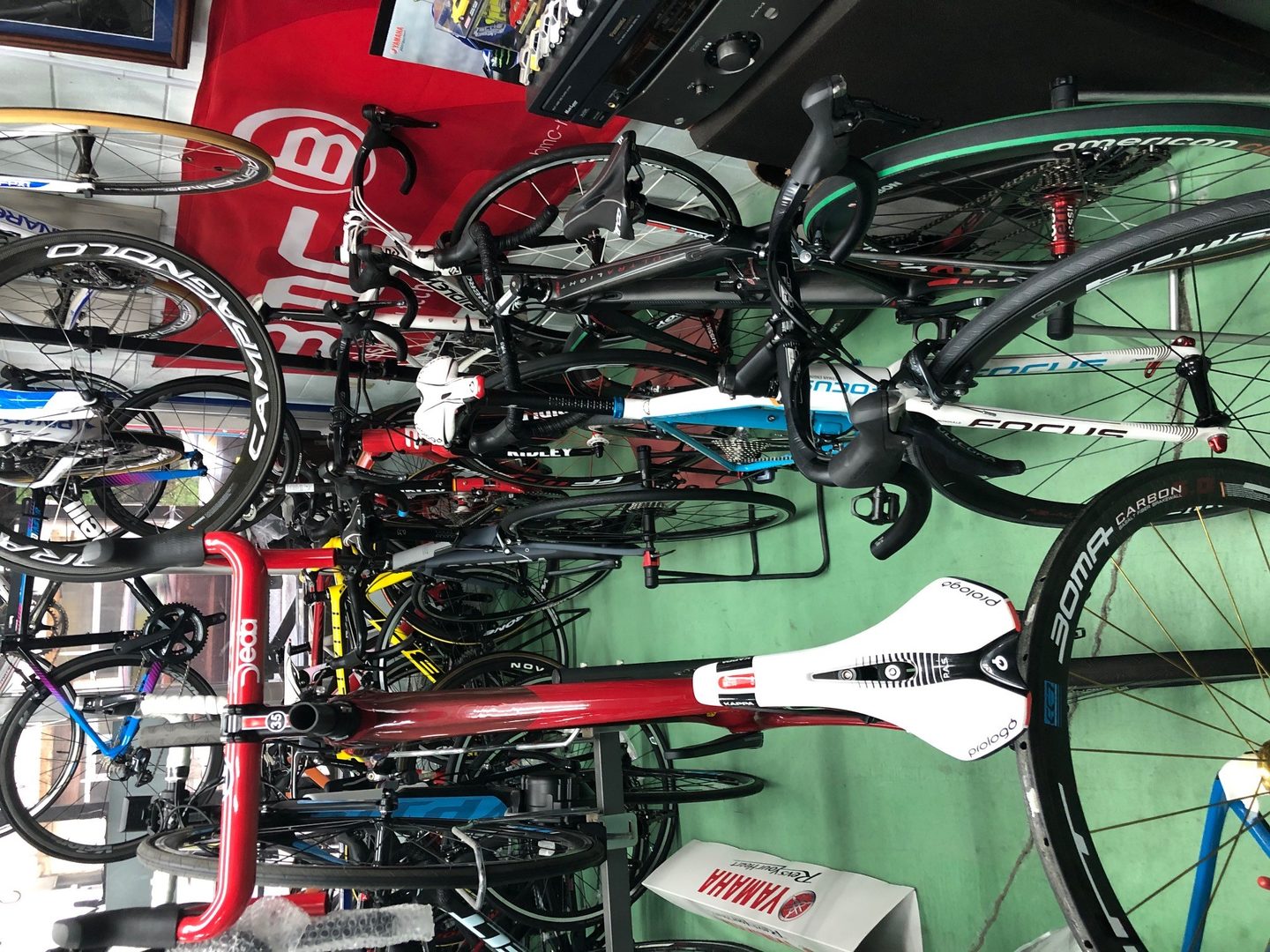 Photos: bikes sold at his shop

Okinawa is known to be a prefecture with distinctive transportation situation and is very often referred as a “automobile society” since people normally choose cars as means of transportation due to lack of public transportation. Some years ago, TV crews from mainland Japan visited Okinawa to report on cycling in Okinawa. The TV crews were surprised to find out that people in the prefecture often use cars even just to visit a supermarket located a few hundred metres away from their homes. At the same time, they realised that they had seldom seen people riding bicycles on the island.

Okinawa is not an ideal place for cycling?

After their investigation trip in Okinawa, they concluded that there may be three reasons why Okinawan people seldom cycle and the prefecture became an “automobile society”.

The first reason is that the landscape of the island is undulating. Great deal of the island is occupied by hilly terrain, tableland, and marine terrace [*1]. Thus, it may be hard to travel these ups-and-downs with ordinary bicycles.

The third reason is the combination of the prefecture’s warm climate and high humidity. Okinawan summer can be very muggy. The average annual percentage of humidity is 75.0% [*2] The combination of these two climate conditions doesn’t attract so many people to cycle on the island.

Although Okinawa might not be an easy place to cycle, there are tools to make it so much easier. Thanks to the development of the technology, there are so many bicycles out in the market with “electric assist function” which assists the rider’s pedal-power. 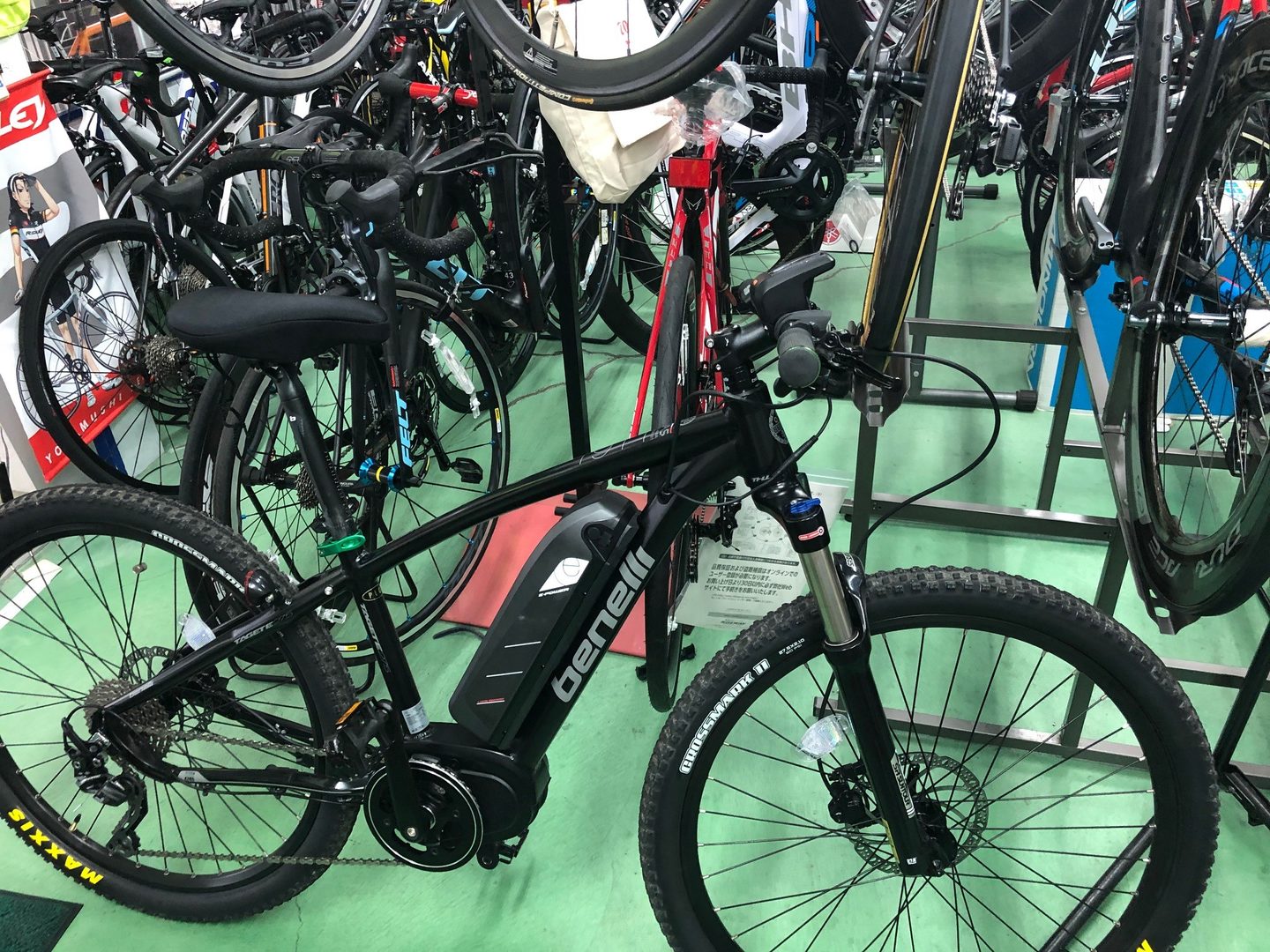 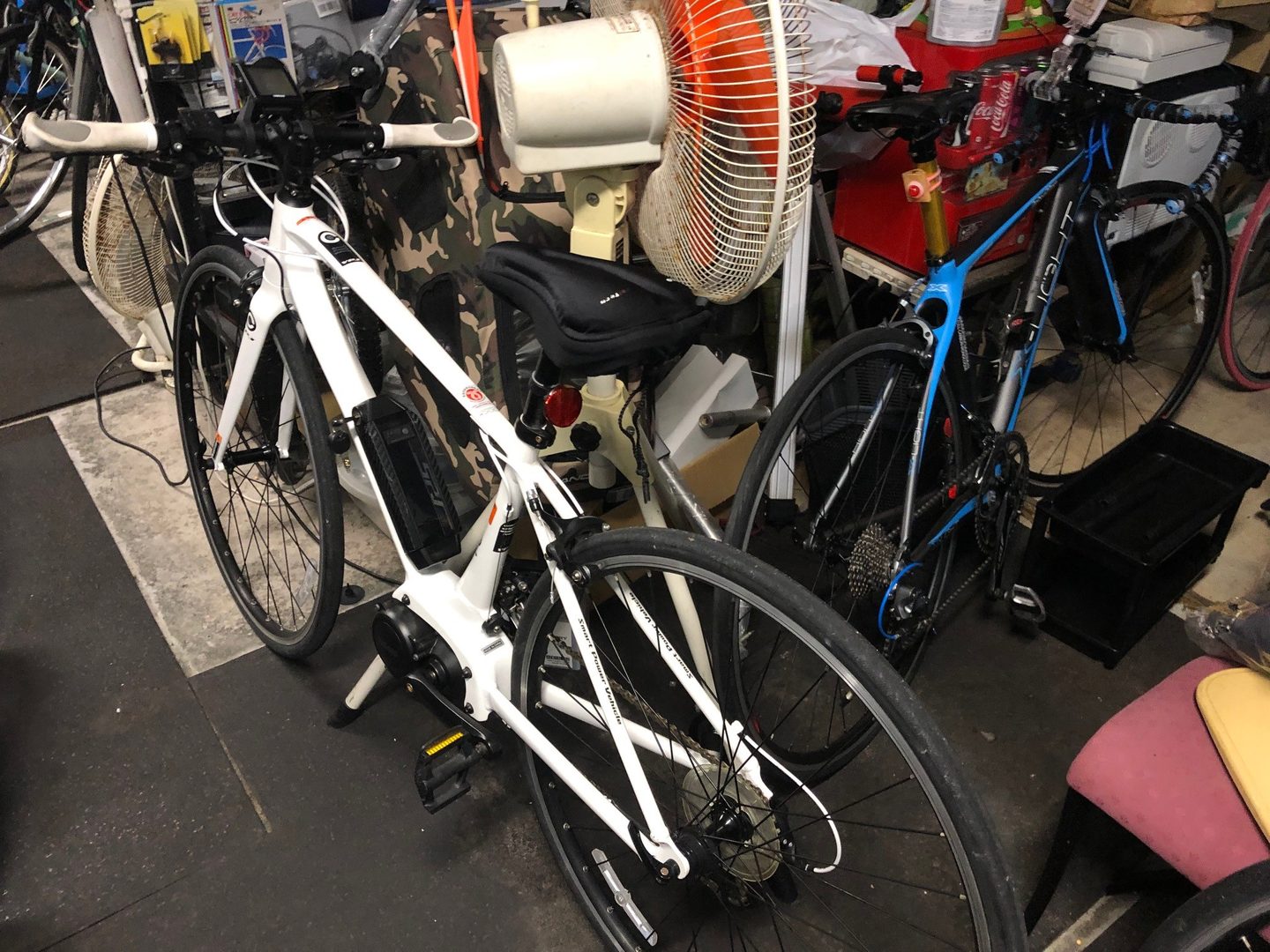 What kind of services are available at his shop?

He also buys used bicycles from private persons if they are in good condition. If you cannot take your bicycle with you to the next destination, it may be a good idea to consult Mr Ikehara about your bicycle.

Even if you cannot find bicycle you like in his shop, he can order a bicycle on your behalf. 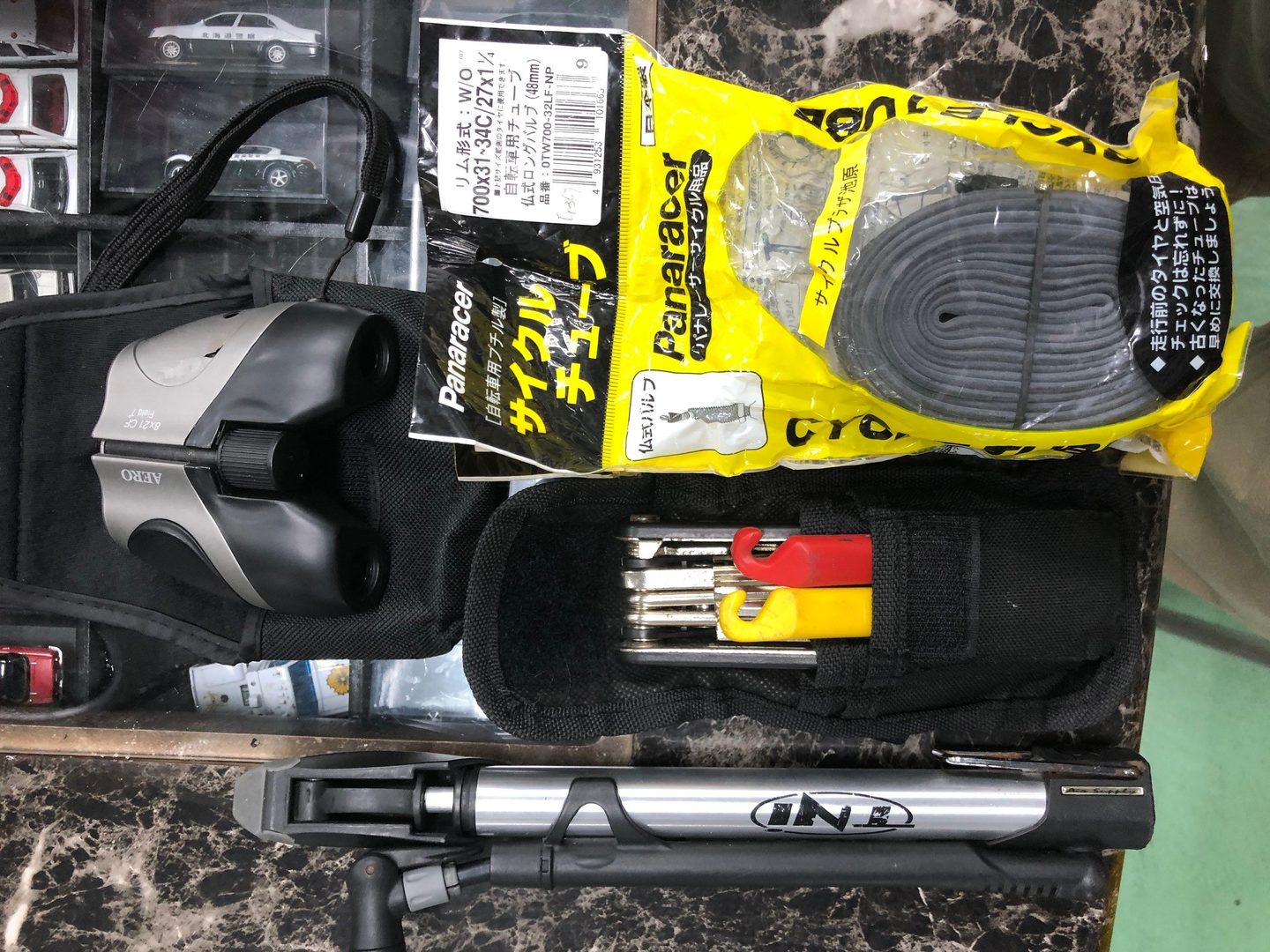 Photo: a puncture repair kit that comes with a rental bike

If you seek for advice on cycling in Okinawa, we recommend you to visit his shop. We are certain that you will get valuable advice!