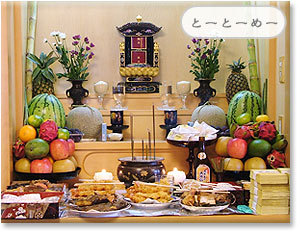 Kyuu-bon festival is one of the biggest festivals in Okinawa. It is said that the spirits of the ancestors are coming back to the houses where they have the altars they are enshrined in to spend time with their descendants during the 3-day period of the festival.

The festival is held for 3 days - between 13th July and 15th July in the lunar calendar, which falls on the 20th August and 22nd August this year in the Gregorian calendar. Relatives gather around in the house where they have their ancestral altars to have a fun time with their relatives and the spirits of their ancestors.

Each day during this festival has a name:

On the morning of the first day, people are supposed to clean their house and the altar. The altar will be decorated with lots of fruits, incense sticks, candles, flowers, sugarcanes, and colourful lanterns, etc.. People welcome the spirits of their ancestors in the evening of the first day. 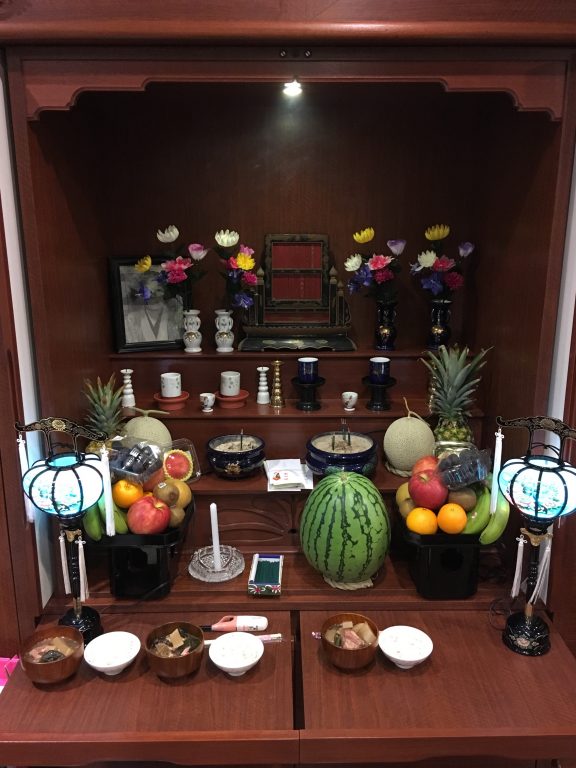 On the second day of the festival, people visit their relatives' houses with "mid-year gift (or お中元)" and offer incense sticks to the altar in each house.

The third day of the festival is the biggest day of the festival. This is the day to see off their ancestors. On this day, the relatives gather around and enjoy dinner until they hold a ritual to send their ancestors back to gusoo, the land of the dead. The ritual is normally held at night because it is considered to be rather rude to send their ancestors back already in the daytime. After dinner, the head of the house takes charge of the ritual. During the ritual, they burn incense sticks and uchikabi, the yellow papers, which are supposed to be the money in heaven, in a bowl. Then they put some pieces of food in the bowl for the ancestors to take with them to gusoo, the land of the dead. 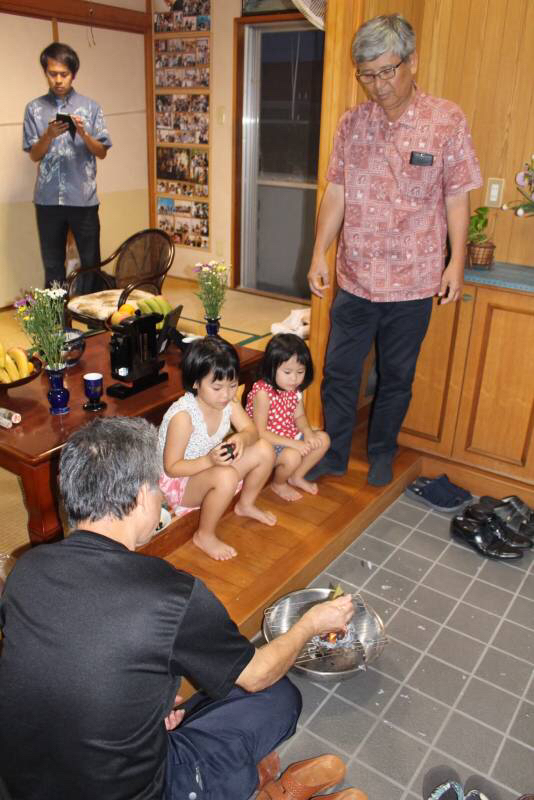 Above photo: A family preparing for the ritual to send their ancestor spirits back to gusoo, the land of the dead (Photo credit: https://world.aeon-ryukyu.jp/en/magazine) 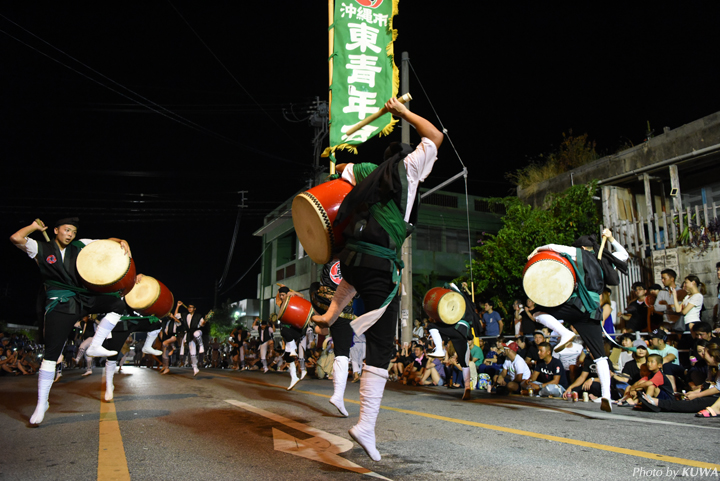 This year, the prefectural government asks people to refrain from visiting their relatives' homes for kyuu-bon festival to prevent the spread of COVID. 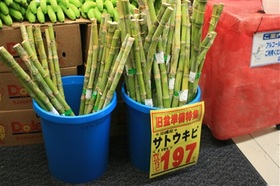 Above photo: Sugarcanes sold at a supermarket: the canes are to be offered to the ancestor spirits for them to go back to gusoo, the land of the dead safely while using these sugarcanes as walking sticks (Photo credit: https://world.aeon-ryukyu.jp/en/magazine)