We use computational, data-driven methods to study how neurons and microcircuits in the brain operate. We are interested in the interaction between fundamental properties like morphology or excitability and neural functions like information processing or learning. Most of our models concern the cerebellum because this brain structure has a relatively simple anatomy and the physiology of its main neurons has been studied extensively, allowing for detailed modeling at many different levels of complexity. More recently our focus shifted to nanoscale modeling of neurons, astrocytes and synapses.

Positions for postdoctoral scholars interested in nanoscale modeling of neurons, astrocytes or synapses are available, previous neuronal modeling experience is required.  Candidates can contact Prof. De Schutter.
Prospective PhD students should apply with the OIST Graduate School. Prospective interns can contact us first but are also expected to apply for an OIST internship. 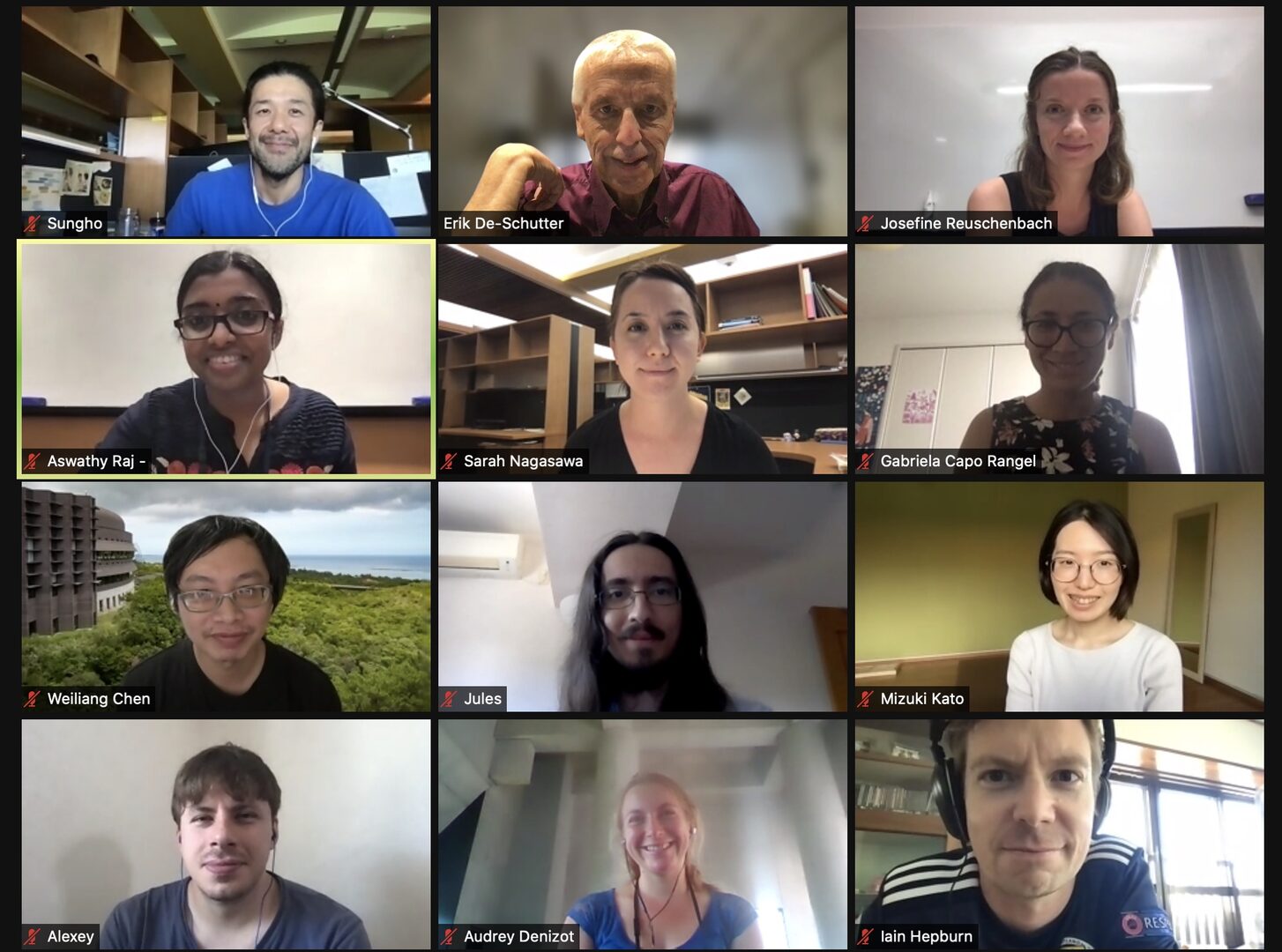