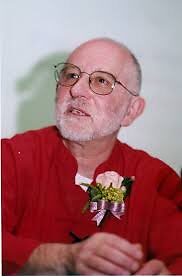 Band-limited functions can oscillate arbitrarily faster than their fastest Fourier component over arbitrarily long intervals. Where such ‘superoscillations’occur, functions are exponentially weak. In typical monochromatic optical fields, substantial fractions of the domain (one-third in two dimensions) are superoscillatory. Superoscillations have implications for signal processing, and raise the possibility of sub-wavelength resolution microscopy without evanescent waves. In quantum mechanics, superoscillations correspond to weak measurements, suggesting ‘weak values’ of observables (e.g photon momenta) far outside the range represented in the quantum state. A weak measurement of neutrino speed could lead to a superluminal result without violating causality, but the effect is too small to explain the speed claimed in a recent experiment.

Sir Michael Victor Berry, FRS (born 14 March 1941), is a mathematical physicist at the University of Bristol, England. He was elected a fellow of the Royal Society of London in 1982 and knighted in 1996. From 2006 he has been Editor of the journal, Proceedings of the Royal Society. He is famous among other things for the Berry phase, a phenomenon observed e.g. in quantum mechanics and optics. He specialises in semiclassical physics (asymptotic physics, quantum chaos), applied to wave phenomena in quantum mechanics and other areas such as optics.

We look forward to seeing many of you there !