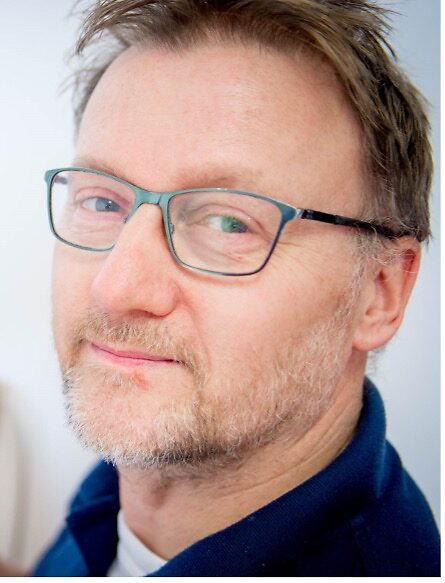 Prof. Nigel Hussey / University of Bristol (UK), Radboud University (RU)
Nigel Hussey has been full professor since 2006, initially at the University of Bristol then from 2013 at Radboud University. From 2013 until 2018, he also served as director of the High Field Magnet Laboratory. His research focuses on precision measurements of the transport properties of exotic, low-dimensional metals and superconductors in high magnetic fields. He is credited with the first experimental determination of the full Fermi surface of a high temperature superconductor, and the discovery of the strange metallic state. In recognition of these discoveries, he has been a recipient of the Henry Moseley medal from the Institute of Physics, the inaugural Brian Pippard UK superconductivity prize and a Royal Society Wolfson Research Merit award. He is also an elected Fellow of the Institute of Physics and a holder of a European Research Council Advanced grant.

In this presentation, I describe my group’s recent exploration of the low-temperature (T < 50 K) magnetotransport in two families of single-layer cuprates - \(\)\(Tl_2Ba_2CuO_{6+\delta}\) and La/Pb-doped \(Bi_2Sr_2CuO_{6+\delta}\)- across the so-called strange metal regime.  Firstly, we report a study of the Hall number nH(0) in the low T, high field limit that within conventional transport theory, is simply related to the number of charge carriers. We find that the hole concentration inferred from nH(0) increases smoothly from p to 1 + p, where p is the number of holes doped into the parent insulating state, over a wide range of doping beyond the critical hole doping at which the pseudogap in the single-particle response closes. We also report the observation of quadrature scaling in the magnetoresistance - believed to be associated with Planckian dissipation - as well as other signatures of incoherent transport. From analysis of the Hall and magnetoresistance, we conclude that there are in fact two charge sectors in the strange metal phase of overdoped cuprates, one containing coherent quasiparticles, the other incoherent `Planckian' dissipators. Finally, we explore which of these two sectors forms the superconducting condensate.