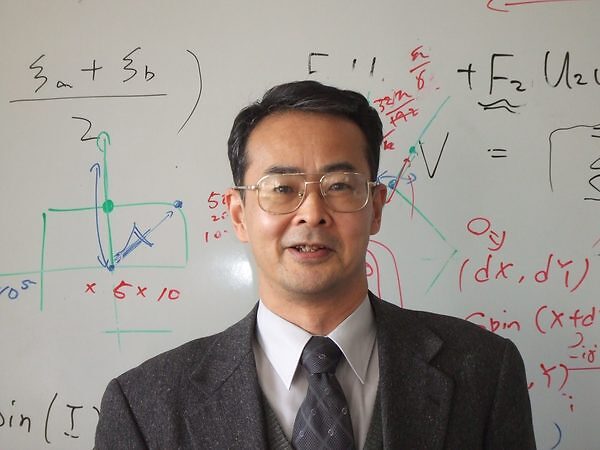 My research fields are frustrated magnetism including spin glasses and statistical physics of earthquakes. Now serves as JPS President (until this March).

In the last decade, experimental quest for the hypothetical "quantum spin liquid'' (QSL) state met several candidate materials on geometrically frustrated lattices such as triangular and kagome lattices in 2D, and a pyrochlore lattice in 3D. These spin-1/2 compounds exhibit no magnetic ordering nor the spin freezing down to very low temperature, while the measured physical quantities mostly exhibit gapless behaviors. We have argued that these compounds might contain significant amount of (effective) quenched randomness or inhomogeneity of varying origin: either of external origin such as the substitution disorder, or of internal origin dynamically self-generated via the coupling to other degrees of freedom in solids such as the charge, the lattice and the orbital. We propose as a minimal model the s =1/2 antiferromagnetic Heisenberg model on various geometrically frustrated lattices with a quenched disorder in the exchange interaction, and demonstrate that, when the randomness exceeds a critical value, the model exhibits a randomness-induced gapless QSL-like state, a "random-singlet state'', accompanied by the T-linear low-temperature specific heat. The results are discussed in connection with a variety of experimentally observed QSL materials, which seem to provide a consistent explanation of many recent experimental observations.