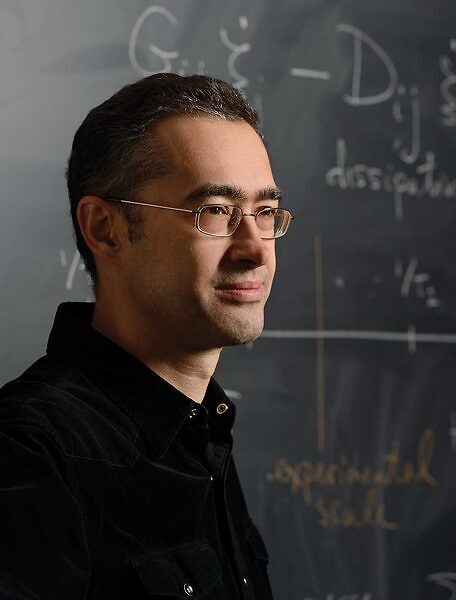 We have recently revisited an old duality between the XY model and electromagnetism originally derived in d=2 dimensions by Kosterlitz [1] and extended to d=2+1 by Fisher and Lee [2]. According to this duality, vortices behave like bosons with an electric charge equal to the vortex winding number. The old story, however, missed an important detail: the existence of vortex cores, where magnetization points normally to the easy plane and the XY model breaks down. Our reexamination of the duality [3] has revealed that vortices are mapped onto particles carrying not only an electric charge but also a magnetic flux equal to the net spin Sz of the vortex core. Wilczek showed that such particles may alter their quantum statistics [4]. Therefore, vortices with integer spin are bosons, whereas those with half-integer spin are fermions.