Seminar by Prof. Tommaso Roscilde (ENS Lyon): "The noise is the signal" : thermometry and exotic correlations from the momentum distribution noise of cold atoms 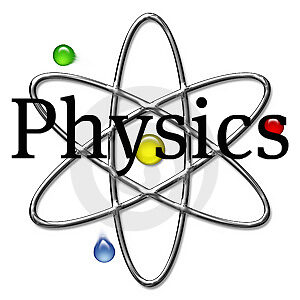 Theory of Quantum Matter Unit would like to invite you to a seminar by Prof. Tommaso Roscilde:

Title:  "The noise is the signal": thermometry and exotic correlations from the momentum distribution noise of cold atoms

The use of ultracold atoms as quantum simulators of many-body systems represents at present the most promising route to tackle many, yet unsolved problems of quantum many-body theory, as well as to deepen our general understanding of complex quantum phenomena. A central goal of quantum-many body physics is to establish equilibrium phase diagrams of many-body Hamiltonians, typically as a function of an Hamiltonian parameter as well as of temperature. In this respect ultracold atoms have the puzzling feature of representing, within a good approximation, a microcanonical system, whose temperature cannot be controlled in a direct manner. In this talk I propose a general thermometry scheme based on the fluctuations of the momentum distribution - a primary observable of cold-atom experiments. Relying on model-independent fluctuation-dissipation relations, the temperature can be estimated from a combined measurement of 1) the response of the momentum distribution to a Galilean transformation / the application of a gauge field; 2) the fluctuations of the momentum distribution. This estimator provides the exact temperature when the momentum fluctuations are purely thermal; when quantum fluctuations are also present, I will show that their effect does not jeopardize the thermometric scheme down to temperatures well below the onset of quantum degeneracy.
Finally, in the case of cold bosons immersed in a frustrating gauge field, I will discuss how the fluctuations of the momentum distribution allow to extract the elusive chirality order parameter distinguishing the degenerate condensation modes. Focusing on bosons on the fully-frustrated square lattice, I will show that bunching of thermal bosons in momentum space exhibits the same critical behavior (2D Ising) as the chirality susceptibility.