The LEGO® MINDSTORMS® EV3 is the third generation of LEGO® robotic design for both research and education. Its main element is a programmable “Brick” minicomputer running a simplified version of Linux system. It has a total of 8 ports, can be equipped with a variety of motors and sensors, and supports Bluetooth and Wi-Fi communication.

We have a set of sensors, such as touch sensors (to detect when it is being pressed or released), color sensors (to detect color or light intensity), ultrasonic sensors (to measure distance), IR sensors (to detect direction of IR signal source), and gyro sensors (to measure rate of rotation); a set of motors that allows us to drive the wheels for displacement in the environment; and a variety of technic pieces to build the robot’s body. Additionally, we have RoboCupJunior Official IR Electronic Balls. Each of them has 20 infrared LEDs which enable the IR Electronic Balls to emit infrared light in various directions that can be detected by a robot equipped with IR sensors. Each ball has 4 modes available: (1) modulated (step waveform modulation) RoboCupJunior Soccer Ball standard (40 kHz carrier), (2) non-modulated (steady IR emission) former RoboCupJunior Soccer Ball standard, (3) 600 Hz pulse modulation (40 kHz carrier), and (4) 1200 Hz pulse modulation (40 kHz carrier).

Currently, we are using the LEGO® MINDSTORMS® EV3 kits for "Swarm Interactions" projects, in which we are building a swarm of robots, inspired by ant colonies, to perform cooperative tasks. 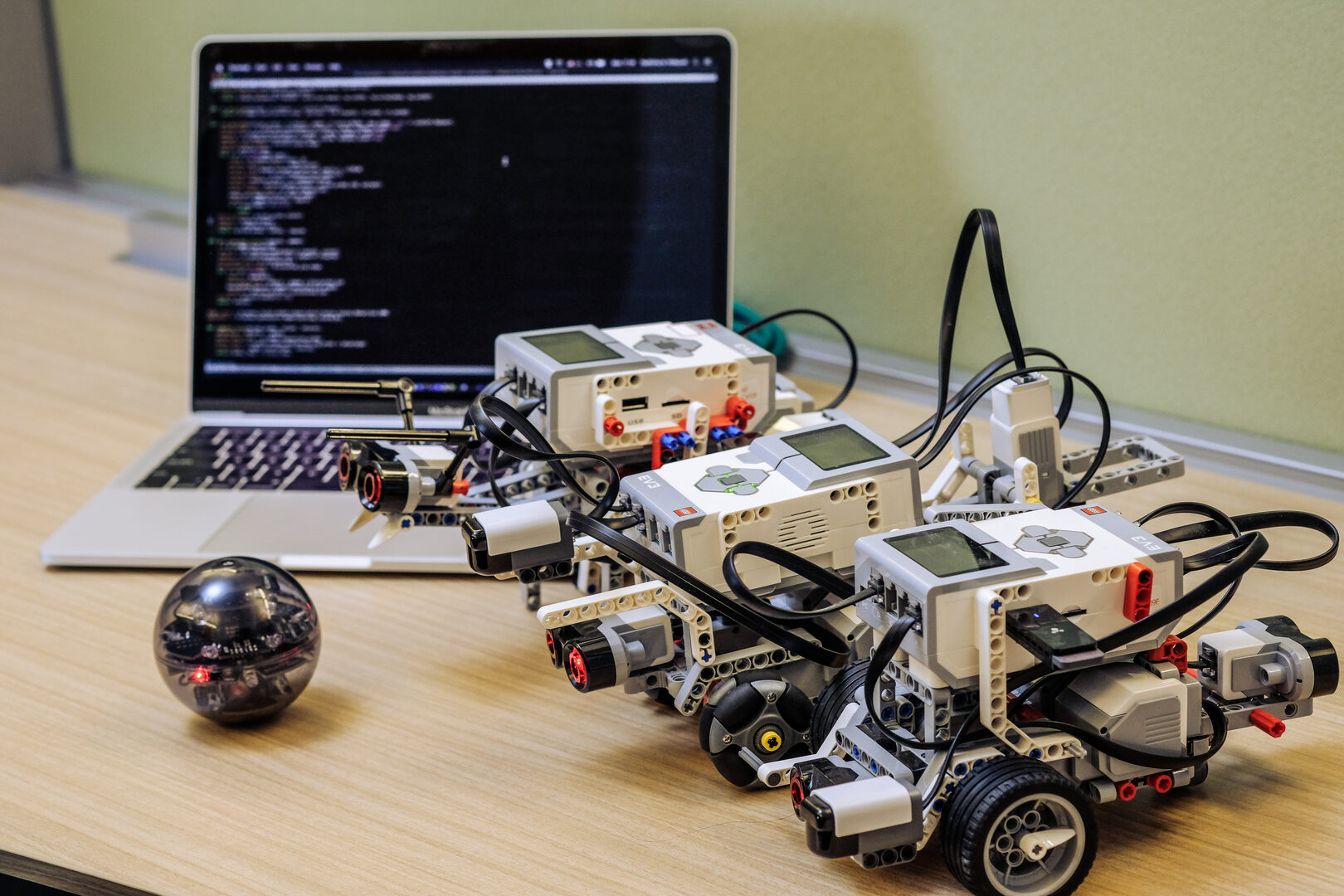 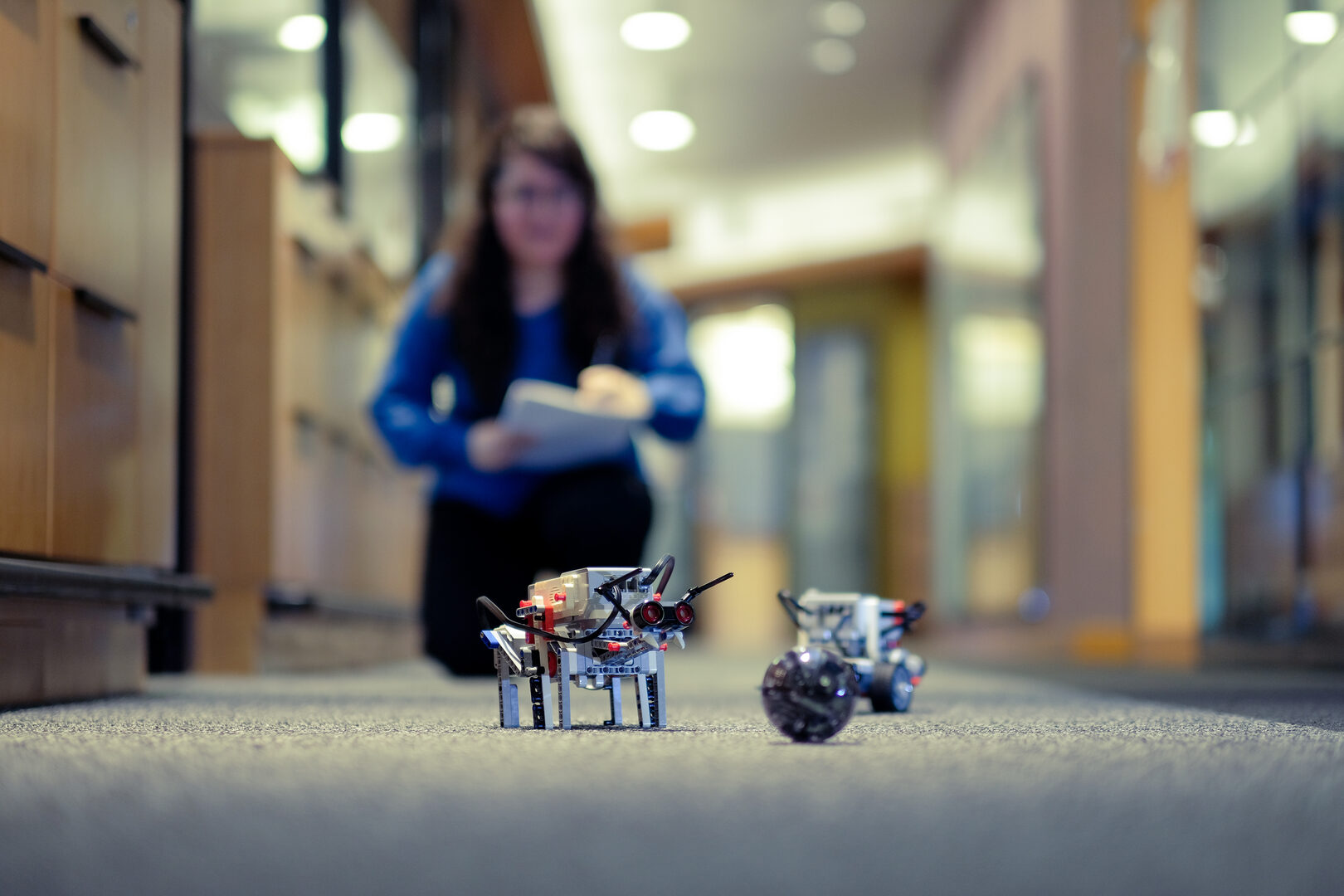