With the conception and development of enactivism, cognitive science has moved from a more traditional approach of studying individual brains towards a more inclusive and relational investigation of the dynamics between individual organisms and their environment. It is natural then to study dyadic social interactions. Moving from the representationalist approach, the world does not have a predefined structure where we should perform computations on. Rather, how we perceive the world depends on our abilities in discovering and learning relevant sensorimotor couplings with the world. Due to embodiment, any interaction between two individuals cannot be solely treated as a dialogue between two “floating” brains. The body plays an important role in shaping the dynamics of the interaction.

It is now possible to investigate the neural activities in two different individuals with the advent of hyperscanning technologies through EEG or MRI. Since then, evidences for interbrain synchronization in different frequency bands and in different regions have been observed. This raises an intriguing question: How did the synchronization occur, given that the two individuals are not simultaneously perceiving the same stimuli? The timescales of motor coordination are also magnitudes slower than that of neural synchrony. Until now, a general mathematical model for interbrain synchronization still has not been found. If we can mathematically formulate an abstract solution for this problem, it would answer a lot of questions prevalent in this research area.

Through theoretical, numerical, and experimental approaches, the objectives of this project are to: 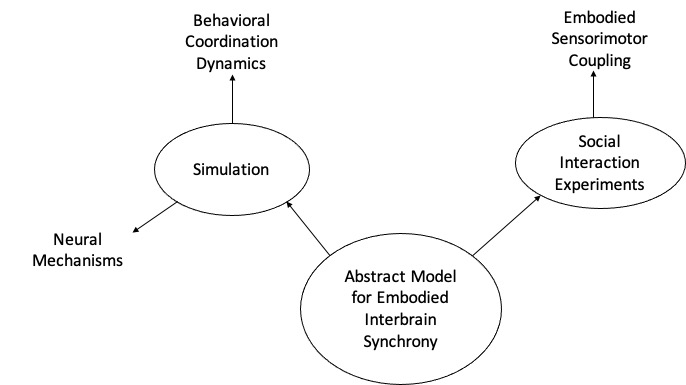 At the current stage, I am employing evolutionary genetic algorithms to find configurations that would permit inter-oscillator synchronization, using the Kuramoto coupled oscillator model. The effects of delay, coupling and embodiment might play an important part in enabling the coordination breaking or turn-taking phenomena usually observed in dyadic interaction, with the assumption that social interactions are self-organized dynamic, rhythmic and hierarchical systems entangled across various spatiotemporal scales. 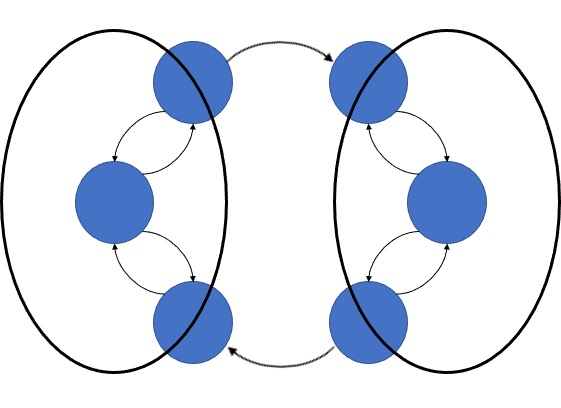