Understanding the mechanisms and role of real-time social interaction is particularly crucial for an embodied and empirically grounded theory of social cognition. Indeed, little is known about the components that enable social interaction and make it such a powerful experience, or about the role that interactions play in constituting human beings. Questions are wide open regarding the roles of sensorimotor and neural activity during social interaction, the extent of the interpersonal neural couplings that arise and the processes that enable them, the relationship that such couplings have with sensorimotor couplings, the information flowing between the two, the structure of neural - and sensorimotor - coupled social systems that these couplings signal, and more generally the precise roles that these components have for human capacities and their disorders.

The Haptic Interactions project aims to further this understanding by investigating minimal touch-based sensorimotor interactions and measuring the brain-body-environment-body-brain system that emerges from them as extensively as possible. We do so by using the Perceptual Crossing Paradigm, which enables people to interact in a minimal environment and feel each other through touch, while recording the brain and body signals of both participants using EEG Hyperscanning and Physiological measurement systems; motion-tracking is also planned to be added to this setup in the future. 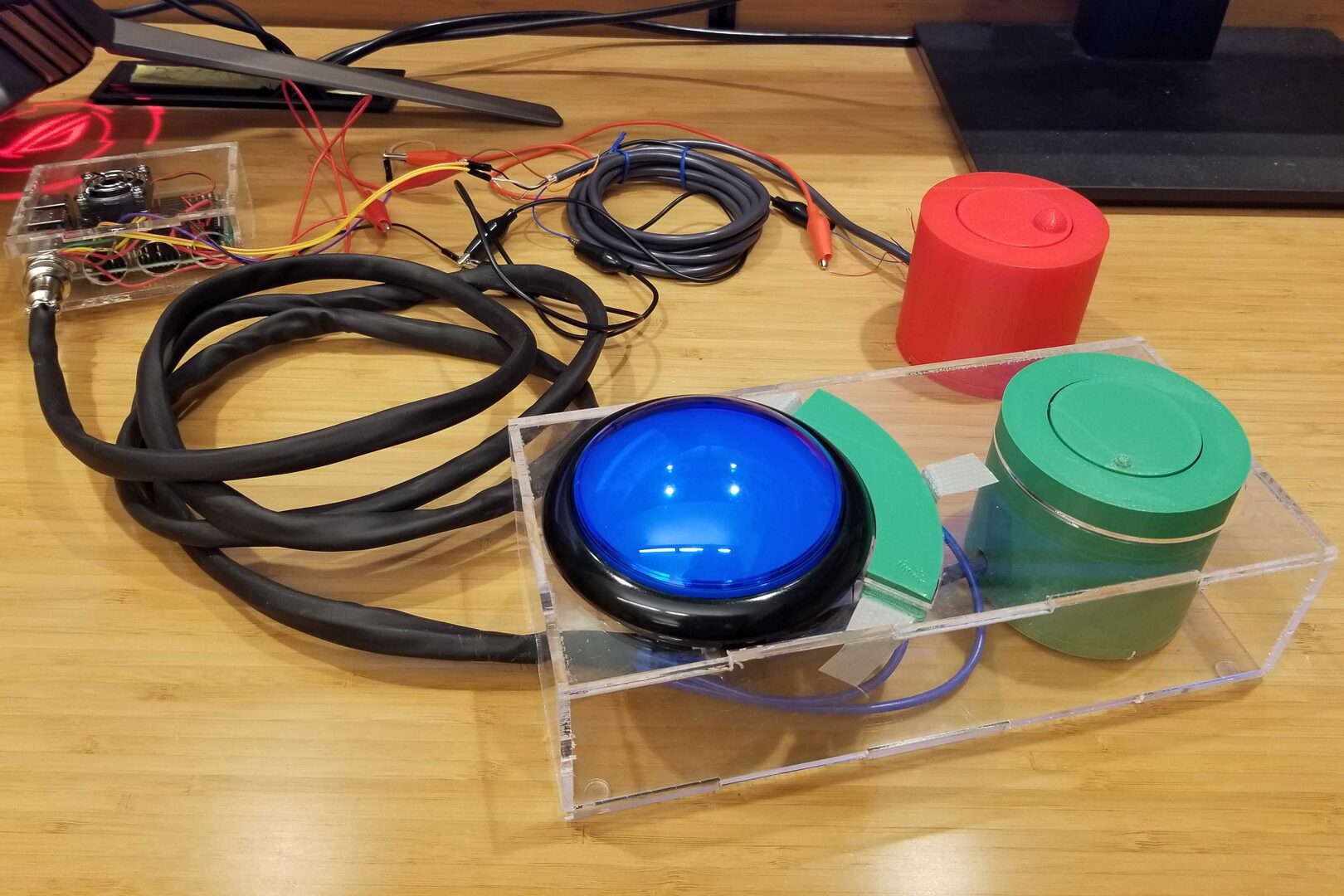 As the first and last sense we experience in our lives, touch is a fundamental modality for human beings (incidentally, it has been associated with the thinking processes leading to scientific discoveries by Henri Poincaré, W. Ross Ashby, and Alan Turing). It is also one that can be usefully studied with binary or one-dimensional first approximations: touch on a finger can be present or absent, with more or less pressure. Previous experiments on Perceptual Crossing interactions have already shown that, given the right incentives, complex patterns such as turn-taking will emerge in this setting. Here, we begin to further investigate the range of experiences that are possible with Perceptual Crossing and study the related neural and sensorimotor dynamics they emerge with. Studies will involve the sharing of emotions, the feeling of the presence or absence of other participants, and the exploration of early diagnostic methods for neurological disorders.