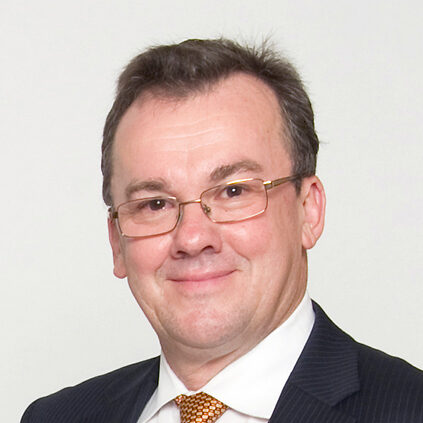 Glasses and other amorphous solids are widely used for their mechanical, optical and electronic properties, yet the correlation between properties and structure is poorly understood. One missing link is “medium-range-order”  (MRO) which often arises from topological atomic structure. While important to properties, MRO has been notoriously hard to study because conventional diffraction gives only short-range order. Using coherent diffraction techniques such as Fluctuation Electron Microscopy (FEM)(1) , this problem can be solved. We describe the techniques and its applications to amorphous semiconductors in detail. The use of transmission electron diffraction and x-ray diffraction is discussed. We also review some other applications, including the promise of FEM’s use in studying partially-ordered organic and biological systems.
(1)    Gibson, J. M.; Treacy, M. M. J.; Sun, T.; et al., Phys. Rev. Lett.,  105 ,  p125504 (2012).

Dr. J. Murray Gibson is the founding dean of the College of Science at Northeastern University.  Born and raised in Scotland, Gibson has held a range of senior academic and research positions. Most recently, he was the Director of the $1.7 billion Advanced Photon Source (APS) at Argonne National Laboratory. Under his direction, APS emerged as the most productive source of protein structures in the world, became the global leader in X-ray studies of materials under extreme conditions, and attained the largest number of users of any scientific facility in the USA.

Gibson earned his BSc in natural philosophy at the University of Aberdeen, Scotland, and his PhD in physics from the University of Cambridge, England. He emigrated to the United States in 1978, beginning a fellowship at IBM Research, followed by 11 years at AT&T Bell Laboratories in Murray Hill, New Jersey. At Bell Labs, Gibson pioneered the use of advanced electron microscopy techniques to understand the structure/property relationships of semiconductor nanostructures.  He built the first instrument that visualized in-situ—at atomic resolution—the growth of thin films by molecular beam epitaxy. Among several patents, he co-invented a novel approach to semiconductor lithography that led to the development of a spin-off company.

Gibson joined the University of Illinois in 1991, and trained 15 PhD students before joining Argonne in 1999 as the Director of its Materials Science Division. He has published almost 200 journal articles and is a fellow of the American Physical Society and the Royal Microscopical Society.  He has been elected as the 2011 Chair of the Physics Section of the American Association for the Advancement of Sciences, where he was also elected a fellow. He serves as a member of the board of directors of the Materials Research Society.

For relaxation, Gibson enjoys playing the piano and has lectured on the connection between physics and “the Blues.”