Beyond Borders: Reaching Out to the International Press

The Okinawa Institute for Science and Technology Graduate University (OIST), in collaboration with the Japan Association of Communication for Science and Technology (JACST) , is organizing a two-day media training workshop aimed at public information and press officers working at Japanese universities and research institutions. The mix of talks by experienced journalists from New Scientist and hands-on activities will give participants the opportunity to develop practical skills in science communication in English and boost confidence. Upon completion of the workshop, participants will receive a certificate.

At this workshop, participants will: 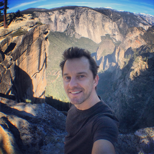 Rowan Hooper is New Scientist's Managing Editor. He did a PhD in evolutionary biology at the University of Sheffield in the UK and in 1995 moved to Japan to do a post-doctoral fellowship at the National Institute for Environmental Studies in Tsukuba. He was based in the Laboratory of Wildlife Conservation and studied damselflies at field sites in Ibaraki Prefecture and in Yanbaru semi-tropical forest in Okinawa. In 2000 he moved to Tokyo and became Science Editor of the Japan Times, where he also wrote two weekly columns. His general science has been collected into two books, translated into Japanese and published by Shinchosha. He also writes a science radio show for NHK called Dr Hooper’s Science Made Easy. Rowan left Japan after eight years and took up a fellowship as biologist/writer-in-residence in a physics lab at Trinity College Dublin, Ireland. He joined New Scientist in London as a reporter in 2005 and established New Scientist as a global phenomenon on social media. 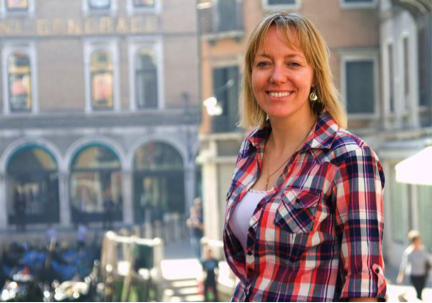 Valerie Jamieson joined New Scientist in 2002 and edited features about the latest ideas in physics, astronomy and mathematics for 13 years. Her work has taken her to the world's highest telescopes, deepest mines, and futuristic laboratories. Born and raised in Scotland, she studied physics at the University of Glasgow. She later did a PhD in high-energy physics before a spell as a researcher at the University of Oxford. Most of her research was spent smashing atoms at a giant accelerator in Hamburg, Germany. She changed career in 1999 and joined Physics World as the magazine's features editor. In 2002, she joined New Scientist and is now Editorial Content Director. As well as writing and editing, Valerie has given dozens of interviews on radio and TV. She has an unrivalled understanding of New Scientist readers and has launched a series of live events to meet reader demand. She spoke to Japanese press officers at the International Science Communication workshop in Okinawa in March 2015.

New Scientist is the world's most popular weekly science and technology magazine. Each week, more than 5.2 million readers read New Scientist in print, online and across social media. The magazine was launched in 1956 and has evolved in to a global superbrand with Dutch and French editions and reporters across the globe.

New Scientist is recognised as a world leader in social media with more than 1.5 million twitter followers and 2.4 million facebook likes. New Scientist is reaching new audiences through its thriving book business and live events.

If you have any questions or concerns in regard to your registration, please contact OIST via our Contact Form.