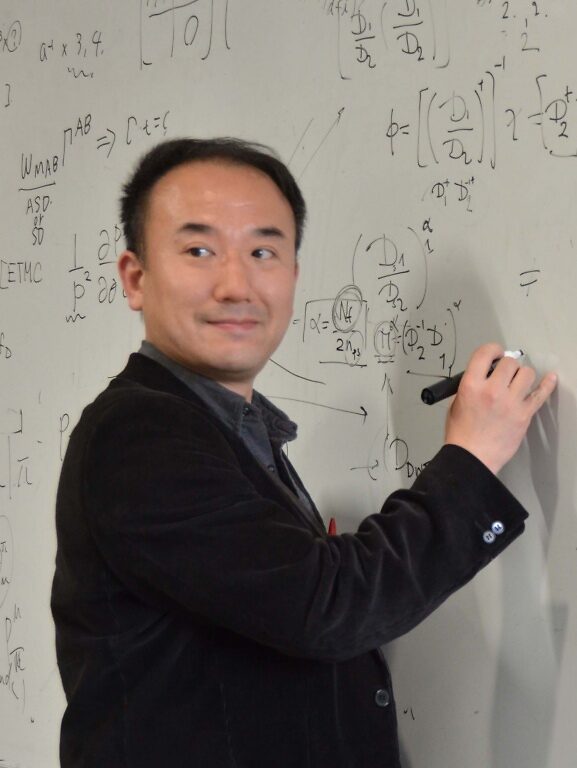 In 2011, Saul Perlmutter, Brian P. Schmidt, and Adam G. Riess received the Nobel Prize in Physics for the discovery of the accelerating expansion of the Universe through observations of distant supernovae, which means an indirect discovery of so-called dark energy. On the other hand, from recent precise observations of galaxies and cluster of galaxies, cosmologists have revealed existence of dark matter. As a consequence, the energy density of the current Universe is dominated by dark energy at around 70% and dark matter at around 25%.

Therefore, it is remarkable that the normal matter (so-called baryon matter) such as atoms, molecules or metals contributes to only 5% of the total energy density in the Universe. I will review the current status of dark energy and dark matter in terms of particle physics and cosmology.