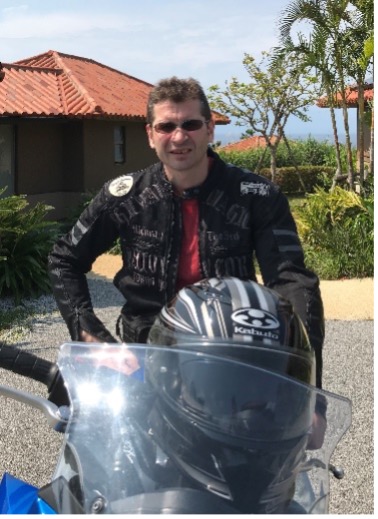 I got my Master degree in Physics from the Moscow Institute of Physics and Technology. For my master thesis, I worked in the Laboratory of Metastable Quantum States at Russian Center Kurchatov Institute, where I learned how to transfer liquid helium.

In 1997, I moved to USA to start my PhD in Physics from Brown University located in a beautiful town of Providence, RI. There, I worked on experiments with negative ions ("electron bubbles") in liquid helium under suprevision of Humphrey Maris, a great scientist for whom I have the utmost respect. Inspired by a Humphrey's idea, I tried to split an electron into pieces, but did not succeed.

After graduating Brown University in 2004, I moved to Japan and joined the Low Temperature Physics Lab as a postdoc under supervision of Kimitoshi Kono. There, I've learned about surface electrons on helium and spent next seven years in the Wako Campus of RIKEN working on various experiments with this wonderful system.

I joint OIST as a faculty member in 2011 to lead my own research group, the Quantum Dynamics Unit, where we do research on electrons on helium and other quantum system. In free time, I enjoy riding motocycle, practicing combat sports and watching UFC/Glory Kickboxing fights. 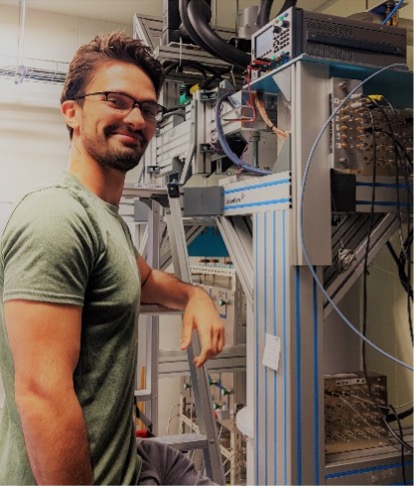 Studying the quantum dynamics, thermodynamics, and other physical properties of electron on helium system in the context of theoretical and applied science utilizing cryogenic refrigeration and vector magnet systems.

I enjoy tackling challenging problems creatively utilizing my versatile skill set acquired over years of experience in research. During my free time I like to enjoy the nature, music, and exercise. 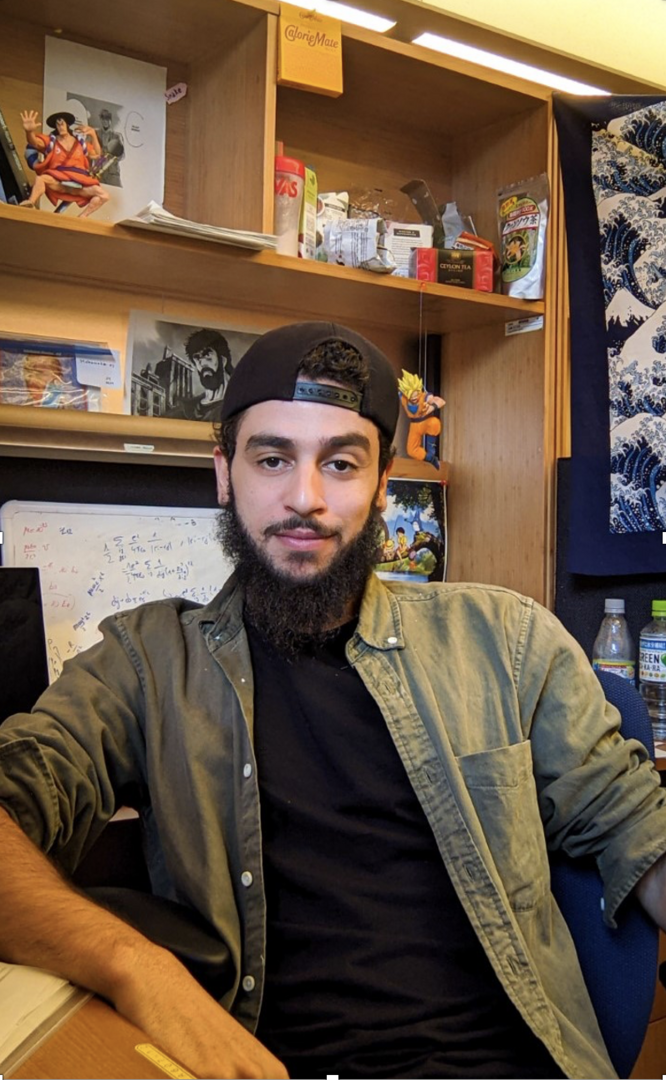 I am a French theoretical physicist currently working as a postdoc in Konstantinov unit.

In 2016 I obtained my Master's degree in theoretical physics in Ecole Normale Superieure (ENS) in Paris, where I had intensive courses in quantum mechanics and mathematics.

In June 2016, I completed my master thesis with professor Marc-Etienne BRACHET from LPS (ENS Paris). This work was about the emergence of hydrodynamic phenomenon in the quantum generalization of random walks.

Then in September 2016, to complete my Ph.D., I moved back to the south of France (Marseille), which is very close to where I am originally from (Nice). This Ph.D. was mainly about quantum foundations and has been completed under the supervision of Pr. Thomas DURT at Institut Fresnel (Marseille, France).

In October 2019, one week after my graduation, I worked during one year as a Temporary Lecturer and Research Assistant (A.T.E.R) at Aix-Marseille University, where I taught theoretical and experimental physics, mathematics, and programming.

I joined OIST for my first postdoc in January 2021, where I started to work with Pr. Denis Konstantinov. I am currently working on theoretical models for electrons levitating on liquid helium. Building a quantum computer using this system is one of my main interests.

During my free time, I enjoy reading and cooking. I like cycling around Okinawa as well as traveling, meeting people, experiencing different cultures and lifestyles.  My secret goal is to find the one "peace"! 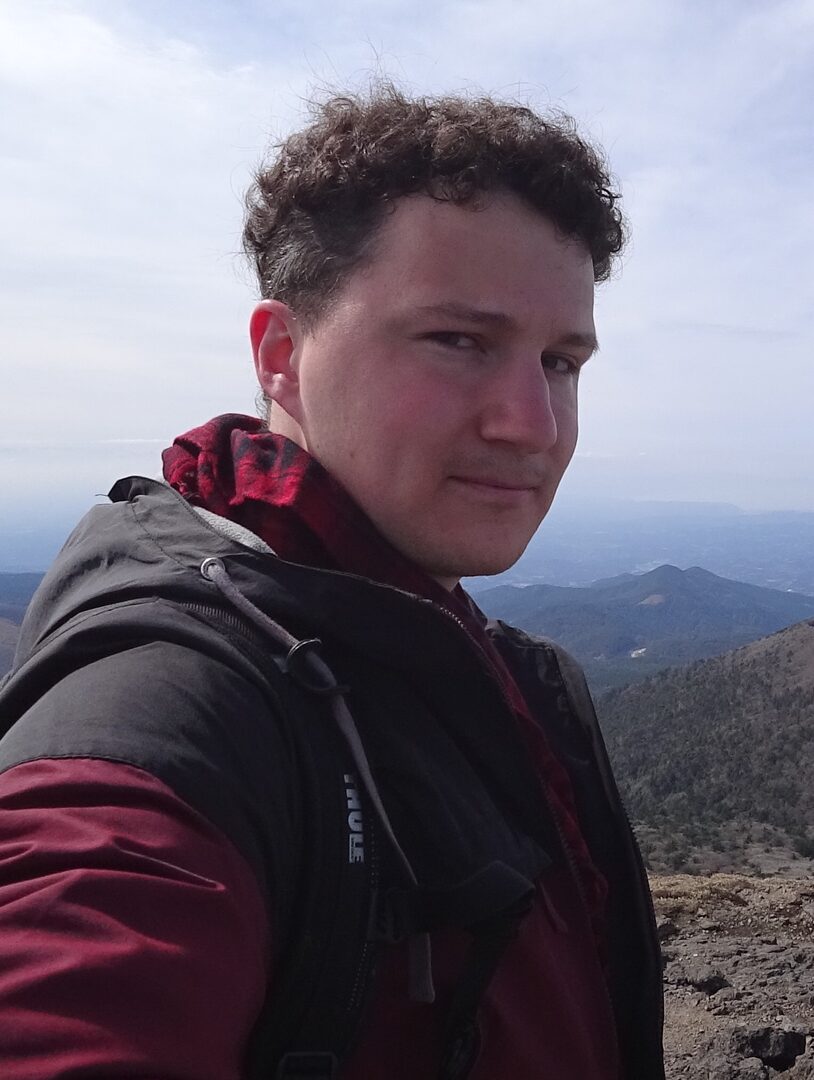 I graduated from the Moscow Institute of Physics and Technology and spent my postgraduate studies at the Institute of Solid State in Chernogolovka. All this time, I devoted myself to the thriving field of superconducting qubits and circuit quantum electrodynamics. Also, my interest was metamaterials created using a variety of unusual superconducting qubits. I traveled extensively during my postgraduate studies, working in Germany (KIT, Karlsruhe), Australia (UQ, Brisbane), and some other places. In 2017, I did my Ph.D. and went to RIKEN in Japan, where I got a postdoctoral position. There I studied many-body systems, consisting of superconducting qubits and the physics of newly discovered time crystals. I'm just interested in the physics of time, too, if anything.

After that, I decided to move to OIST and change my field of experimentation to electrons on helium.

Outside the laboratory, you may see me on long bike rides or hiking in the mountains (Japanese mountains are amazing!). I also play board wargames. 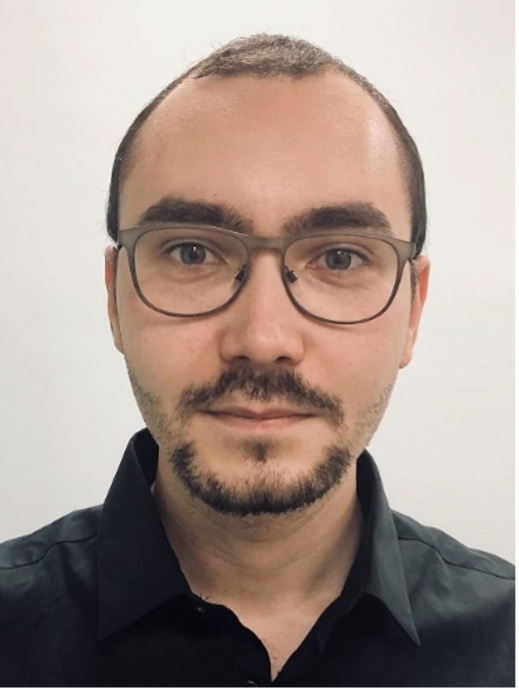 I started my physics education at the Department of General and Applied Physics of the Moscow Institute of Physics and Technology in 2010. During my bachelor education I spent a lot of time with Feynman diagrams and infinite data from the LHCb detector (CERN) in the beautiful XIX century manor of Institute of Theoretical and Experimental Physics.

After graduation I decided to get my hands dirty in experimental work and joined a Terahertz Spectroscopy Lab of Moscow Institute of Physics and Technology in 2014 for my master study. Here I got an occult knowledge of physics experiment, mainly in solid state spectroscopy, and having evaporated hundreds of liters of liquid helium, I defended my PhD thesis in condensed matter physics devoted to phases of electric dipole lattice of polar molecules.

I joined Quantum Dynamic Unit in December 2021 as a postdoc scholar to pursue a goal of reliable readout of spin states of a single electron, bound to the surface of liquid helium.

Besides science, I also get a lot of fun from mountaineering, mountain skiing and Lovecraft mythos board games. 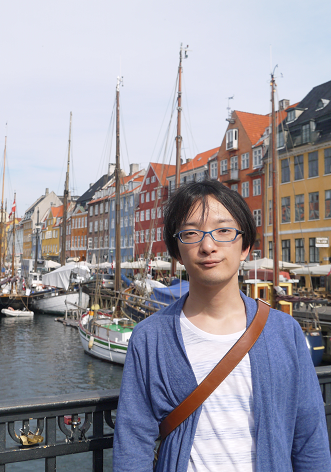 I had studied the flow properties of superfluid helium 4 through nano- or micro-sized narrow channels, under Professor Keiya, Shirahama in Keio University. My experimental apparatus has a extremely high sensitivity to measure the tiny mass current. Until my graduation from master course, I developed the equipment and, in my Ph.D work, finally succeeded to reveal the nature of quantum phase transition of liquid helium 4 confined in a nanoporous material called Gelsil glass. It is that the system, even at finite temperatures, exhibits the quantum fluctuation significantly as well as the thermal fluctuation in classical phase transition.

Furthermore, I also fabricated a micro-sized channel, called micro-slit, using the semiconductor processing techniques. In the experiment of superflow through the micro-slit, the phase slip, a phenomenon induced by generation and motion of the quantum vortices in superfluid, were observed. Our micro-slit is also expected to be applicable to experiments of topological superfluid helium 3.

I am motivated to learn the new experimental techniques and utilize my experiences on handling liquid helium and cryostats as well as microfabrication for it.

Speaking about private things, I can play some instruments: Marimba, Viola and Piano (these two are in self-taught). I also like cooking some elaborate dishes. I spend my free time with these interests. 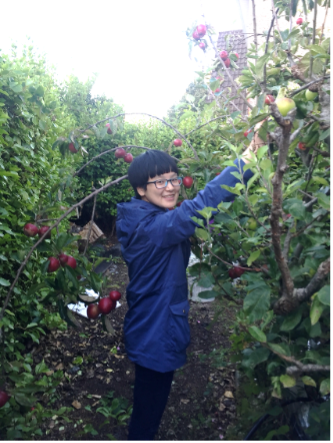 I received my bachelor’s degree in physics from Northwest university in China. My bachelor thesis was focused on numerical studying of the dynamics of topological excitations in Bose-Einstein condensate. After that, I started my PhD study at OIST in September 2017 and later joined QDU as a rotation student. During the rotation, I worked on fabricating microchannel devices which are used for precisely controlling the density profile of electrons floating on the surface of helium. Now, as a graduate student in this unit, I’m working on the project of Rydberg states detection in our electrons on helium system with the help of microchannel device, which may have potential use for the spin-state detection and single qubit detection.