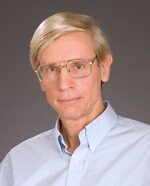 Theory of Quantum Matter Unit invites you to a seminar by Professor Ian Affleck of University of British Columbia.

Abstract:  Experimental evidence has been found recently for a localized Majorana mode at an SN junction in a spin-orbit coupled quantum wire. I will show that when the Majorana mode couples with equal strength to two one-dimensional interacting channels in the normal region, frustration occurs, resulting in a novel quantum critical point. I will also discuss techniques for tuning to this critical point.

Biography:   Ian Affleck received his B.Sc. in Physics and Mathematics from Trent University (Peterborough, Ontario) in 1975 and his PhD from Harvard in 1979, with Sidney Coleman. After a post-doc in the Harvard Society of Fellows, Affleck held faculty positions at Princeton, Boston University and University of British Columbia, where he has spent most of the last 24 years. He began his research career in high energy theory, working mainly on instantons and supersymmetry, before switching into condensed matter theory in 1984, during a sabbatical at CEA Saclay, while his colleagues back at Princeton were all switching into string theory. Since then his research has benefited from applying field theory techniques from high energy theory to problems in condensed matter theory with notable accomplishments in quantum magnetism, theories of high-Tc superconductivity and the Kondo effect. He delights in finding mathematically elegant solutions to experimentally relevant problems. He is a fellow of the APS, the Canadian Institute for Advanced Research, the Royal Society of Canada and the Royal Society (London) and has received numerous Canadian awards and honors including the Stacey Prize, Herzberg Medal and Rutherford Prize.