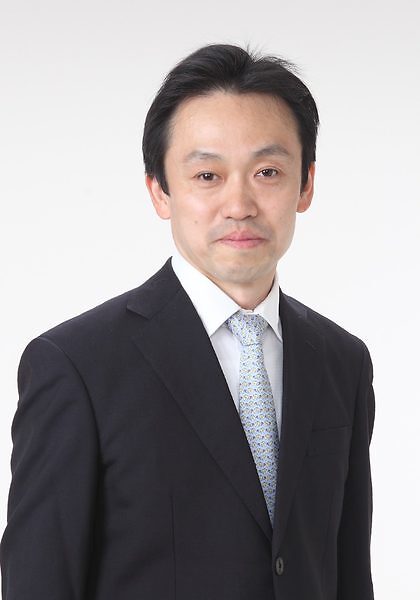 When a crystal lacks spatial inversion symmetry, it sometimes allows novel band structures and transport properties which are absent in inversion-symmetric crystals. For example, Weyl semimetals [1], which have Dirac cones in the band structure near the Fermi energy, are allowed in inversion asymmetric crystals, and they actually emerge in a universal way. We showed that a Weyl semimetal phase always appears in a transition between topological and ordinary insulators for any inversion-asymmetric crystals [1]. Moreover, if the gap of an inversion-asymmetric system is closed by a change of an external parameter, the system runs either into a Weyl semimetal phase or a nodal-line semimetal [2]. It is realized e.g. in tellurium (Te). Tellurium consists of helical chains, lacking inversion symmetry. At high pressure the band gap of Te closes and it runs into a Weyl semimetal phase, as shown by our ab initio calculation [3].
In such inversion asymmetric crystals, we propose that the current induces an orbital magnetization, and we call this effect an orbital Edelstein effect. For example, in tellurium where the crystal has a helical chains, a current along the helical axis induces an orbital magnetization [4-5], as is analogous to classical solenoids. Moreover, a similar effect appears for phonons. Each phonon eigenmode has angular momentum due to rotational motions of the nuclei, but their sum is zero in equilibrium. Meanwhile a heat current in the Te crystal induces a nonzero total angular momentum [6], which we call a phonon thermal Edelstein effect.