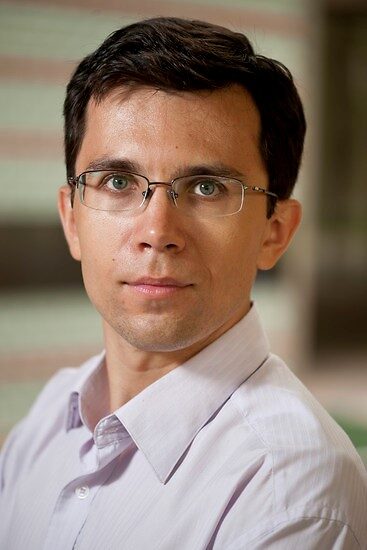 Topological Surface States in the Heavy Fermion Metals and Superconductors:
Application to UPt3 and β-YbAlB4

The concept of topological states of matter has captured the imagination of physicists in the last decade, with possible applications for quantum computing. Traditionally, such topological phases are predicted to occur in fully gapped insulating or superconducting materials and are characterized by topologically protected gapless excitations on the surface. Here, I will demonstrate a generalization of this concept to metallic materials with gapless bulk excitations, focusing in particular on the B-phase of the heavy fermion superconductor UPt3. Recent phase sensitive measurements provide strong evidence for the triplet, chiral pairing symmetry, which endow the Cooper pairs with orbital angular momentum Lz = ± 2 along the c-axis. Such pairing supports both line and point nodes of the superconducting gap, and both types of nodal quasiparticles possess nontrivial topology in the momentum space. In particular, the point nodes located at the intersections of the closed Fermi surfaces with the c-axis act as the double monopoles and the anti-monopoles of the Berry curvature. Consequently, we predict that the B phase should support an anomalous thermal Hall effect, various magneto-electric effects such as the polar Kerr effect, in addition to the topologically protected Fermi arcs on the (1,0,0) and (0,1,0) surfaces. The line node at the Fermi surface equator acts as a vortex loop in the momentum space and gives rise to the zero energy, dispersionless Andreev bound states on the (0,0,1) surface.  At the transition from the B­-phase to the A-phase, the time reversal symmetry is restored, and only the nodal ring survives inside the A-phase.

I will also discuss implications of topological arguments for the heavy fermion material β-YbAlB4, which exhibits quantum critical behaviour and (T/B) scaling with unusual exponents. I will show how these properties can be explained by the topologically non-trivial nodal hybridization between Yb f-electrons and boron conduction electrons. The possibility of topologically protected surface states in this material will be further discussed.

Dr. Andriy Nevidomskyy is a theoretical condensed matter physicist working in the field of strong electron correlations in quantum materials. The collective behaviour of electrons in such materials often results in the emergence of new exotic quantum phases, such as the unconventional superconducti­vity. Nevidomskyy is working on the heavy fermion materials and a new class of iron-based supercon­duc­tors, and is also interested in the novel quantum phases emerging in frustrated magnets. Originally from Ukraine, he received his PhD in physics from Cambridge University in the UK, before moving to Université de Sherbrooke in Canada as a postdoctoral fellow to work on high-temperature cuprate superconductors. Prior to joining Rice University as Assistant Professor in 2010, he was a postdoctoral researcher in the Center for Materials Theory at Rutgers University, conducting research into heavy fermion materials. Dr Nevidomskyy is the recipient of the US National Science Foundation CAREER Award and the Cottrell Scholar Award from Research Corporation for Science Advancement. He is presently holding a Visiting Professor position at the Institute for Solid State Physics, University of Tokyo.