Seminar by Michel Gingras (Univ. of Waterloo): "The Landscape Problem of Frustrated Magnetism" 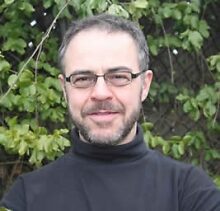 Theory of Quantum Matter Unit invites you to a seminar by Prof. Michel Gingras, Department of Physics & Astronomy, University of Waterloo and Canadian Institute for Advanced Research:

“The Landscape Problem of Frustrated Magnetism:
Has Compelling Experimental Evidence for Order-by-Disorder at Last Been Found?”

Abstract:
In some magnetic systems, known as frustrated magnets, the lattice geometry or the competition between different spin-spin interactions can lead to a sub-exponentially large number of accidentally degenerate classical ground states, or false vacuua, and thus a sort of landscape problem for condensed matter physicists.
Order-by-disorder (OdD) is a concept of central importance in the field of frustrated magnetism. Saddled with large accidental degeneracies, a subset of states, those that support the largest quantum and/or thermal fluctuations, may be selected to form true long-range order. ObD has been discussed extensively on the theoretical front for over 30 years and proposed to be at play in a number of experimental settings.
Unfortunately, convincing demonstrations of OBD in real materials have remained scarce. In this talk, I will review the phenomena of thermal and quantum of order-by-disorder and discuss how recent work may have evinced compelling evidence for ObD in some frustrated antiferromagnetic systems called pyrochlore oxides.

We hope to see many of you at the venue.