Quantum theory has enjoyed an outstanding success, allowing us to make precise predictions about the physical microcosm, leading to new information technologies and withstanding every experimental test to which it has been exposed thus far. Yet, in contrast to special and general relativity, quantum theory has evaded a commonly accepted apprehension and interpretation of its physical content, in part as a consequence of a lack of physical statements that fully characterize it. But, what makes quantum theory special? Quantum theory has perhaps become so successful that questioning its foundations and physical content have become peripheral matters in physics. However, with the ambition of developing more fundamental theories, involving or going beyond quantum theory, the question as regards its physical meaning and characterizing features returns. Furthermore, a convincing conceptual scheme for a putative quantum theory of gravity presumably requires a deeper understanding of what quantum theory tells us about Nature, and of what we can say about it.

Why should the world be described in terms of complex Hilbert spaces, operators, tensor product rules, unitary evolution, etc., rather than some other mathematical structures? How could the world be different if we dropped or modified some of quantum theory's characterizing features? Questions along these lines are epitomized by Wheeler's "how come the quantum?". Answering these questions requires a better understanding of quantum theory within a large landscape of alternative theories, which do not presuppose the formalism of quantum theory, but are instead formulated in terms of a more general operational language, namely in terms of probabilities. Various such reconstructions appeared in the literature in the past twenty years. 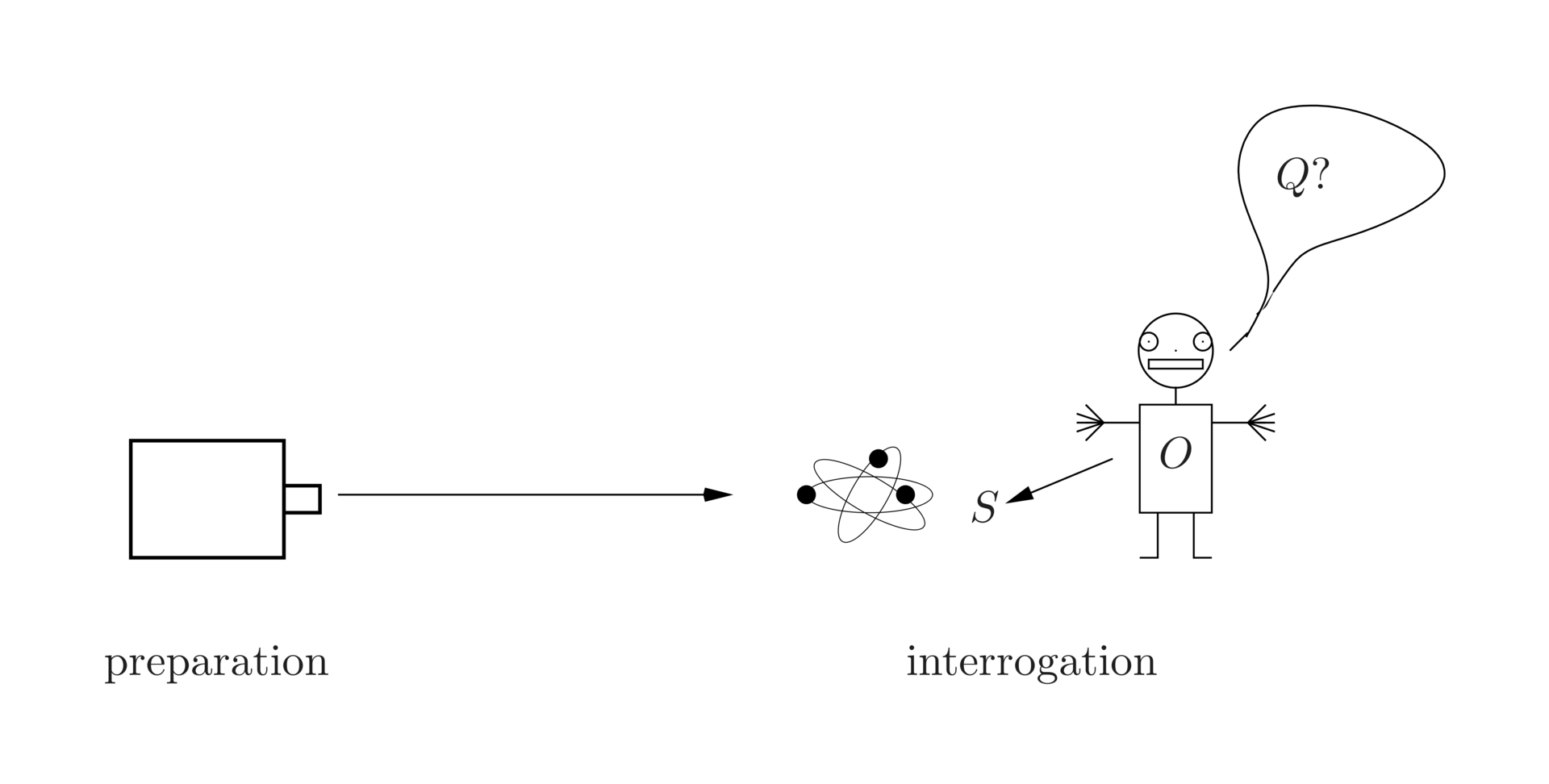 Colloquially, the rules giving rise to the quantum formalism of N qubits are the following:

Limited information: O can maximally acquire N independent bits of information about S at any time.

Complementarity: O can always get up to N new independent bits of information about S without changing the total amount of information they hold about S.

Time evolution: O’s catalog of knowledge of S changes continuously in time and every consistent such evolution is physically realizable.

Tomographic locality: If S is a composite system, O can determine its state by interrogating only its subsystems.

This reconstruction provides an informational explanation for the structure of quantum theory and especially for its paradigmatic features such as entanglement, monogamy and non-locality. It also produced new structural insights, unraveling `conserved informational charges' from complementarity relations that characterize the unitary group and the set of pure states.