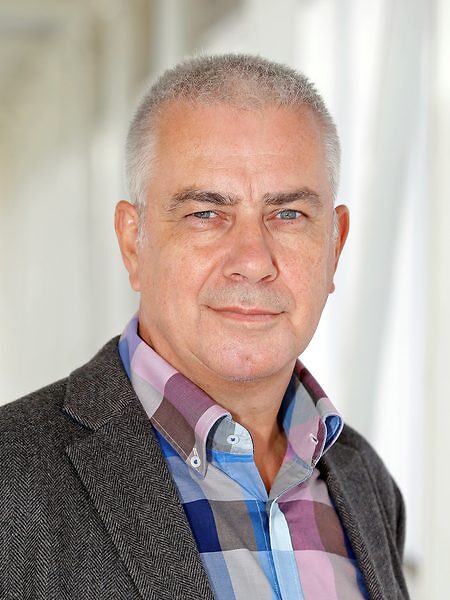 Like most organisms, we have developed an internal time keeping system that drives daily rhythms in metabolism, physiology and behavior, and allows us to optimally anticipate to the momentum of the day. At the basis of circadian timekeeping lies an intracellular molecular oscillator in which a set of clock genes cyclically regulate their own expression with an approximate (circa) 24-hour (dies) periodicity. The mammalian circadian system consists of a light-entrainable master clock in the neurons of the suprachiasmatic nucleus (SCN) in the brain, and light-irresponsive peripheral clocks in the cells of virtually all other tissues. As the circadian clock drives rhythmic expression of up to 10 % of the active genes (thereby conferring rhythmicity to a wide range of cellular processes such as, but certainly not limited to, energy metabolism, metabolic activation of drugs, detoxification, hormone synthesis, DNA repair and cell cycle control), it may not come as a surprise that disruption of the circadian system is associated with disease. Indeed, genetic disruption of the circadian system in rodent models by inactivation of clock genes has been found to increase tumor growth, accelerate aging, and disrupt metabolism. On the other hand, our 24/7 economy requires many people to work at “non-standard” times. Recently, epidemiological and experimental animal studies have revealed a relation between disturbance of our body clock by repeated shift-work and an increased risk for developing pathologies such as cancer, metabolic syndrome and cardiovascular disease. This presentation will address the biological/medical importance of the circadian clock, with special emphasis on the etiology, treatment and prevention of cancer.

Bert van der Horst received his PhD in Cell Biology at the Erasmus University Rotterdam in 1993, where he studied the lysosomal enzyme sialidase. As a postdoctoral fellow at the Department of Molecular Genetics, Erasmus MC, he has generated and characterized a large panel of (conditional) animal models for DNA repair disorders, associated with skin cancer predisposition and/or premature aging (e.g. Cockayne syndrome), as well as for mammalian homologs of the repair protein photolyase (mCry1 and mCry2). Unexpectedly, the mCry genes were shown to encode indispensable components of the biological clock, a major breakthrough in the field of chronobiology. For the latter work he received a ZonMW Vici award that stood at the basis of a new research line in the Department, focusing on the molecular mechanism and biological impact of the circadian system. By integrating running research lines on the circadian clock, genome instability and aging in a new multidisciplinary research direction, and by applying state of the art technology (i.e. conditional mouse models, clock-synchronized cultured cells, transcriptomics, miRNA profiling, in vivo imaging in cells, tissues and animals), he aims at obtaining fundamental knowledge on the biological/medical impact of the circadian system. Special emphasis is on the origin and treatment of cancer, and the etiology of age-related disorders, including the adverse effect of chronic circadian disruption (i.e. shift work) thereon. Ultimate goal is to translate this knowledge into applications to prevent or delay onset of aforementioned disorders (preventive intervention) and into new clinical approaches in cancer and other drug-based therapies (personalized medicine, chronotherapy).