Vision-based goal-directed planning of a robot is studied using predictive coding and active inference. The video shows how a visual plan for achieving a specific goal state is generated by using mechanisms developed for visual attention and visual working memory.

A study on the relation between cognitive and motor compliance, behavior emergence, and intentionality, from the free energy principle theory perspective. A PV-RNN model represents proprioceptive information, whereas motor behavior is based on joint space control from torque feed-back. This experiment has been conducted by Hendry Ferreira Chame and Jun Tani.

Predicting future and reflecting past in terms of visuo-proprioceptive patterns

A simulated humanoid robot experiment using a predictive-coding and active inference model for hierarchical and associative learning of visuo-proprioceptive sequential patterns. This experiment has been conducted by Jungsk Hwang. 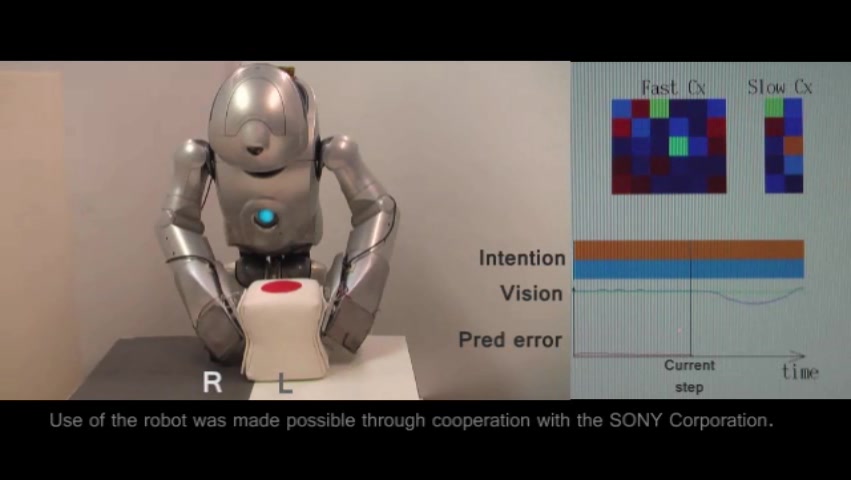