Seminar: Searching for health-associated bacteria in corals: a story about Endozoicomonas, by Prof. Sen-Lin Tang 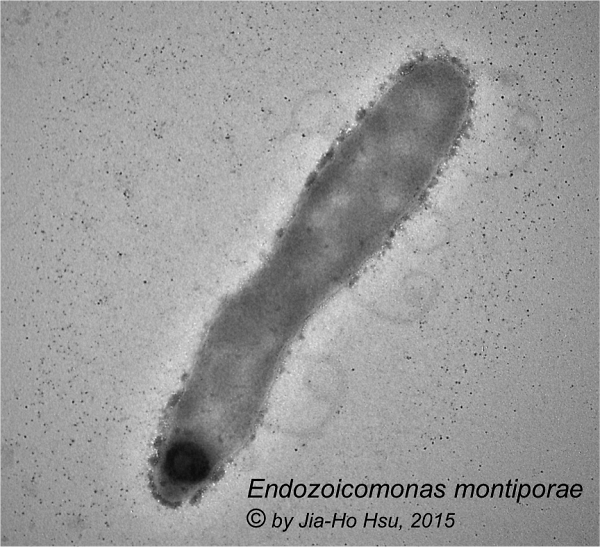 The Graduate School would like to invite you to a seminar by Prof. Sen-Lin Tang, from Academia Sinica. This talk will be introduced by Prof. Jenke-Kodama from Microbiology and Biochemistry of Secondary Metabolites Unit.

Searching for health-associated bacteria in corals: a story about Endozoicomonas

The role of bacteria in coral holobiont is still unclear though coral-associated bacteria are commonly believed being functionally important and crucial for corals. A consensus to the likely roles of the bacteria is involved in nutrient supply, health and disease of corals. Of those proposed roles, disease associated bacteria are relatively easier to be discovered, such as the specific microbiota in black band disease. However, none of bacteria group can be confirmed as coral’s health-associated bacteria, like the role of Escherichia coli in the human body. Hence, hunting for coral’s health associated bacteria is one mission of “holy grail” in the science of coral microbiology.  In my talk, I would like to introduce a bacterial group, called Endozoicomonas, which is a likely member of coral’s core microbiota, potentially associated with coral’s health. In several long-term surveys of ours, the Endozoicomonas bacteria frequently appeared in coral-associated microbiota, particularly in healthy coral samples. The similar results were also found in other reports worldwide in recent years. We further detected the bacterial community dynamics in the tissue and mucus of corals during thermal stress treatment and elucidated the ecological relationship between corals and the bacteria. Besides, we investigated host specificity, geographic effect, and temporal shift of the bacterial group in corals. The results indicated that the Endozoicomonas bacteria should be a bacterial group of broad host range and commonly resided in different cnidarian genera, as well as the bacterial community would shift over time and greatly influenced by local environments. At last, I will discuss some critical issues about the bacteria, such as whether the role of the Endozoicomonas bacteria being coral’s health-related, the taxonomic issue of the bacteria, and the prospects for the study of coral’s health bacteria.

We hope to see many of you there.