Seminar by Prof. Séraphin "Starting from the ends: from eukaryotic mRNA decay mechanisms to diseases" 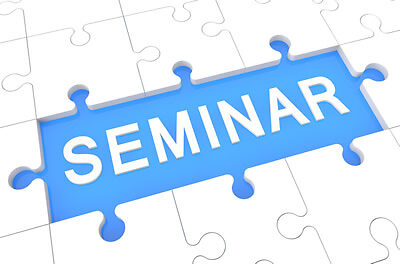 Title: Starting from the ends: from eukaryotic mRNA decay mechanisms to diseases

Cells contain many families of RNAs. Among them, mRNAs are transient carriers of the genetic information directing the production of proteins. Their levels need to be adjusted to allow cells to multiply, differentiate, and adapt to evolving external conditions. Moreover, defective mRNAs need to be identified and eliminated to prevent the formation of defective proteins that can have deleterious effects.

mRNA levels are controlled by the balance of their synthesis and decay rates. If the former process has been extensively analyzed, investigations of mRNA decay have recently revealed the detailed mechanisms leading to the degradation of these molecules. These analyses identified the enzymes mediating RNA turnover, characterized the factors regulating the degradation of specific mRNAs and provided evidence for specific cellular compartments involved in this process. Interestingly, eukaryotic mRNAs appear to be protected by specific features at both of their extremities and cells initiate mRNA degradation by first eliminating these protective structures. Furthermore, identification of factors implicated in mRNA degradation provided evidence that their alterations result in diseases in human.

After studying at the Ecole Normale Supérieure in Paris (France), B. Séraphin obtained his PhD in 1988 working on mitochondrial splicing under the supervision of Gérard Faye at the Curie Institute (Orsay) – Paris South University. From 1987 to 1989, as a post-doctoral fellow at Brandeis University (Boston, USA) with Pr. M. Rosbash (Nobel Prize 2017), he decrypted yeast nuclear splicing bringing to light, among others, new splicing complexes.

In 1991, he joined I. Mattaj before becoming an independent team leader at EMBL Heidelberg (Germany). His group elucidated steps of splicing and RNA maturation, identifying numerous new factors on the way, in part with the help of the innovative TAP method that he developed. For the latter work, he was nominated for "Inventor of the Year 2008" by the European Patent Office. In 2000, he integrated the Center for Molecular Genetics of the CNRS (Gif/Yvette, France) where he studied RNA decay, discovering new enzymes, an uncharacterized cellular compartment, and contributed to the discovery of new unstable non-coding RNAs: CUTs. He was head of the RNA department of the CGM. His research on RNA decay and modification has been continuing at the IGBMC (CNRS-Inserm-Strasbourg University – Illkirch/Strasbourg, France) since 2009 where he contributed to elucidate the structure of active decapping enzyme and mechanisms regulating mRNA decay. He became in 2014 director of the IGBMC.

His work has had a strong impact through more than 160 publications with over 18000 citations. Beyond these figures, the influence of his work is probably better illustrated by the presentation of some of his results in textbooks to be used by students. Member of EMBO since 2000, Dr B. Séraphin received several national and international awards including the Silver Medal of the CNRS in 2007 and the Emilia Valori Prize of the French Science Academy in 2013.