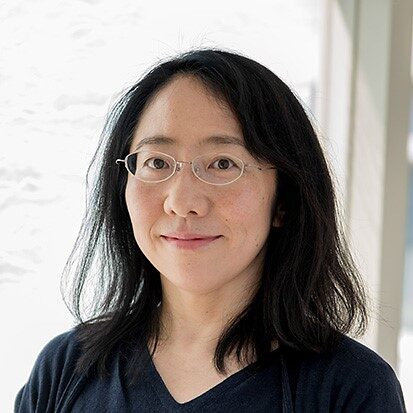 Wnt5a is a secreted molecule, which is expressed in the presomitic mesoderm (PSM) and has important roles for the anterior-posterior (A-P) axis elongation by regulating directional mesodermal cell migration and for the left-right (L-R) axis formation by instructing planar cell polarity (PCP) establishment in the node during early mouse development. Even though Wnt5a is shown to involve in those distinct but important events, the underlying molecular mechanisms are poorly understood. To tackle this problem, I tried to identify downstream targets of Wnt5a signaling by conducting Mass-spec analysis of the complexes that interact with two core PCP regulators, Dvl2 and Pk2, in WT and Wnt5a-KO ES cells, which were differentiated into PSM-like cells. Both Dvl2 and Pk2 were found to interact with proteasome complex and several E3 ubiquitin ligases. One of the E3 ligases was isolated as an interactor of both Pk2 and Dvl2. The E3 ligase conditional KO (cKO) embryos in the mesoderm cells did not cause obvious A-P axis elongation defects. However, the E3 ligase cKO embryos in the node displayed abnormal PCP establishment. These data suggested that some Wnt/PCP pathway downstream factors act alternately for controlling cell migration and PCP establishment.