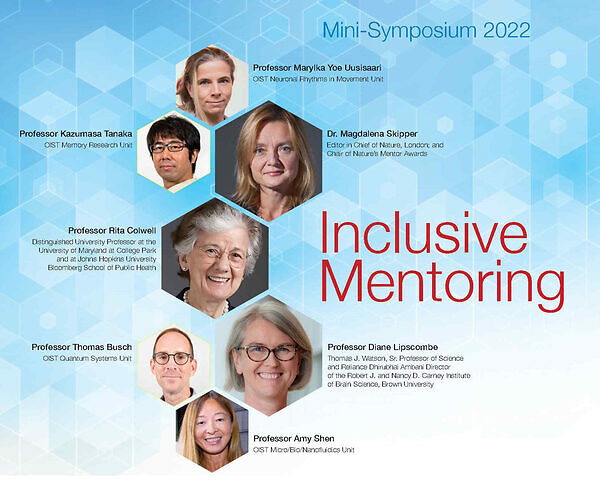 You must RSVP to attend.

The Center for Professional Development and Inclusive Excellence (C-Hub) warmly welcomes you to join us to engage in inspirational discussions, explorations, and strategic thinking to explore how individuals and institutions can promote impactful, inclusive mentoring cultures in the sciences. How can future scientists actively foster inclusive climates for research? How can we address systemic practices that preclude inclusion and equity by developing intentional approaches to inclusive mentorship?

Our internationally renowned keynote speakers will share their perspectives and insights on these important topics. We will also be joined by a panel of inspirational faculty who are recipients of OIST’s Faculty Mentor Award, who will share their experiences and approaches to inclusive mentorship.We look forward to meeting you and inspiring each other.

Distinguished University Professor at the University of Maryland at College Park and at Johns Hopkins University Bloomberg School of Public Health; former Director of the US National Science Foundation. 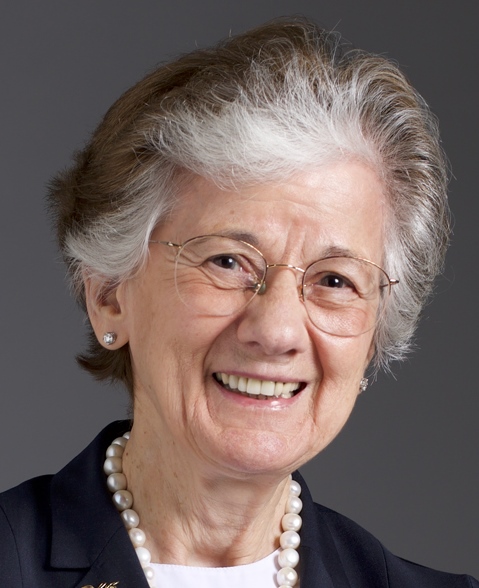 Dr. Rita Colwell is Distinguished University Professor at the University of Maryland at College Park and Johns Hopkins Bloomberg School of Public Health and President of CosmosID, Inc.  Her interests are focused on global infectious diseases, water, and health. She has authored or co-authored 20 books and more than 800 scientific publications and has been awarded 63 honorary degrees from institutions of higher education and is the recipient of the Order of the Rising Sun, Gold and Silver Star, bestowed by the Emperor of Japan, 2006 National Medal of Science, awarded by the President of the United States, the 2010 Stockholm Water Prize awarded by the King of Sweden, and the 2018 Lee Kuan Yew Water Prize of Singapore.  A geological site in Antarctica, Colwell Massif, has been named in recognition of her work in the polar regions.Dr. Colwell served as 11th Director of the National Science Foundation and Co-chair of the Committee on Science, National Science and Technology Council. She oversaw the creation of NSF's ADVANCE program, which was established to increase the representation and advancement of women in academic engineering and science careers. ADVANCE supported women pursuing science careers through a variety of funding opportunities, including Fellow Awards designed to assist women during career leaves of absence to fulfill family obligations, Institutional Transformation Awards aimed at developing institutional procedures for encouraging women faculty to hold leadership roles, and Leadership Awards designed to recognize the efforts already made by institutions and individuals to encourage women in engineering and science careers. Dr. Colwell has recently published a new book, "A Lab of One's Own: One Woman's Personal Journey Through Sexism in Science".
Dr. Colwell served as Chairman of the Board of Governors of the American Academy of Microbiology, President of the American Association for the Advancement of Science, Washington Academy of Sciences, and American Society for Microbiology.  Dr. Colwell is a member of the National Academy of Sciences, Royal Swedish Academy of Sciences, Royal Society of Canada, Royal Irish Academy, American Academy of Arts and Sciences, and American Philosophical Society.

Thomas J. Watson, Sr. Professor of Science and Reliance Dhirubhai Ambani Director of the Robert J. and Nancy D. Carney Institute of Brain Science, Brown University; and Past President of the Society for Neuroscience. 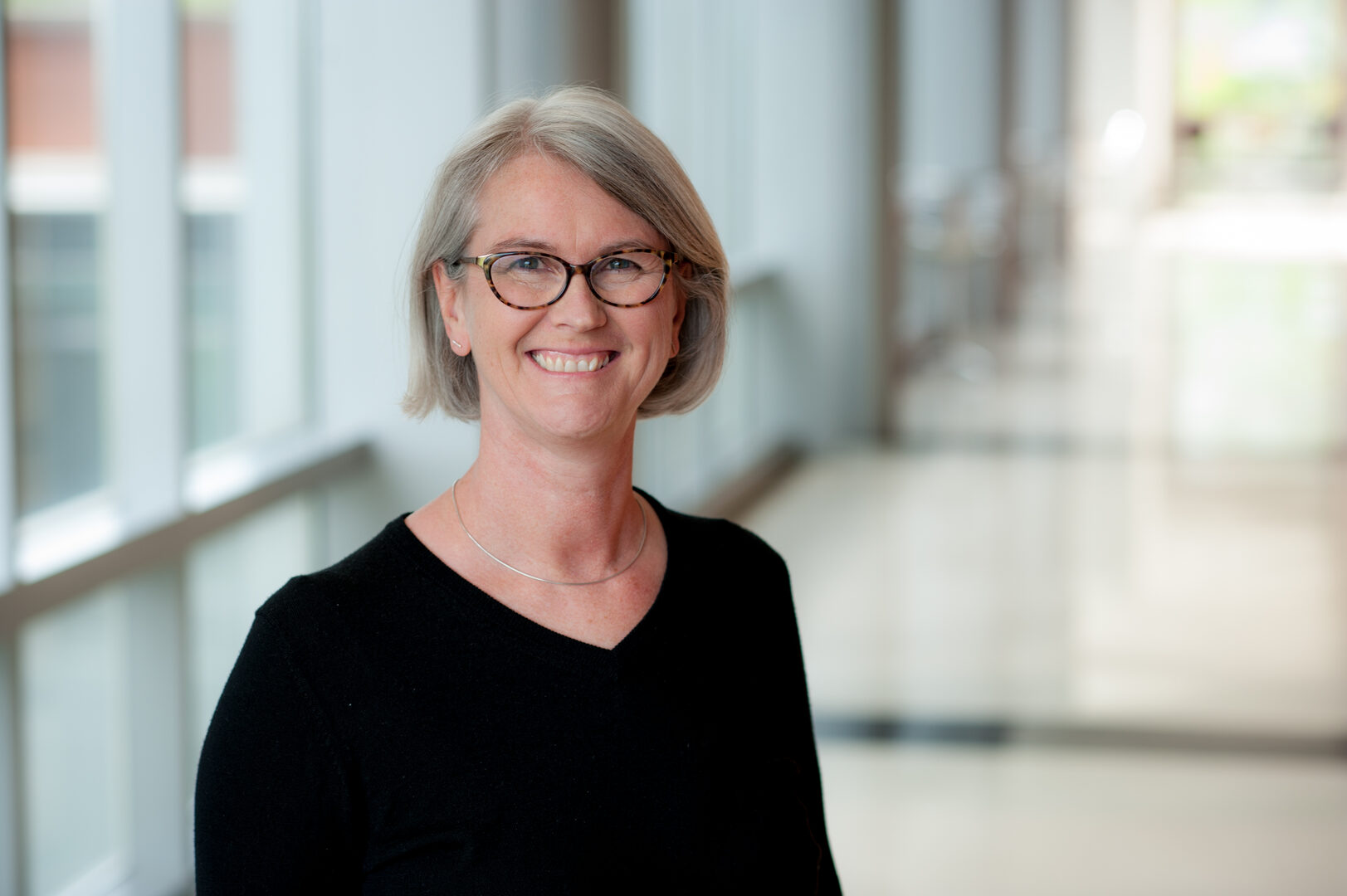 Professor Diane Lipscombe, Reliance Dhirubhai Ambani Director of the Robert J. and Nancy D. Carney Institute for Brain Science and the Thomas J Watson Jr. Professor of Science in the Department of Neuroscience at Brown University, is a leader in the field of neuronal calcium ion channel regulation and function in health and disease. She is a past President of the Society for Neuroscience and member of the American Academy of Arts and Sciences.
In addition to her internationally recognized contributions to the field of Neuroscience, she has orchestrated substantive capacity-building strategies and programs to enhance graduate student research, training and rigor in neuroscience, mentorship, community outreach, advocacy for research funding, and the promotion of diversity and inclusion in the sciences to advance innovation and discovery. In addition to mentoring graduate and postdoctoral colleagues in her lab, Professor Lipscombe has also led two US National Institutes of Health predoctoral training grants for Brown’s Neuroscience graduate program. She is the recipient of Brown University’s awards for teaching and mentorship and is currently chairing a recently formed task force to review the status of women faculty at Brown.

Editor in Chief of Nature, London; and Chair of Nature’s Mentor Awards 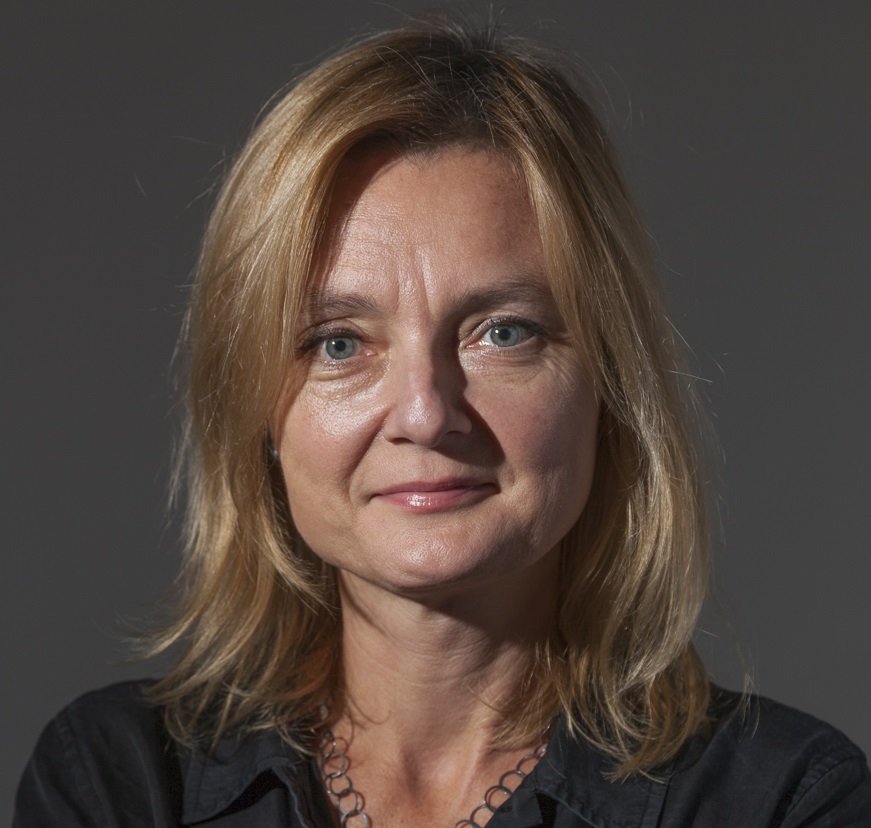 Dr Magdalena Skipper is Editor in Chief of Nature and Chief Editorial Advisor for the Nature portfolio. A geneticist by training, she holds a PhD from University of Cambridge, UK. She has considerable editorial and publishing experience, having worked as Chief Editor of Nature Reviews Genetics, Senior Editor for genetics and genomics at Nature and Editor in Chief of Nature Communications. She is passionate about Mentorship and presides over the Nature Research Awards for Mentoring in Science; now in its 16th year this is an annual award focused in a different geographical location each year.  Another passion is research integrity as well as collaboration and inclusion in research.  As part of her desire to promote underrepresented groups in research, in 2018 she co-launched the Nature Research Inspiring Science Award for women early-career researchers. 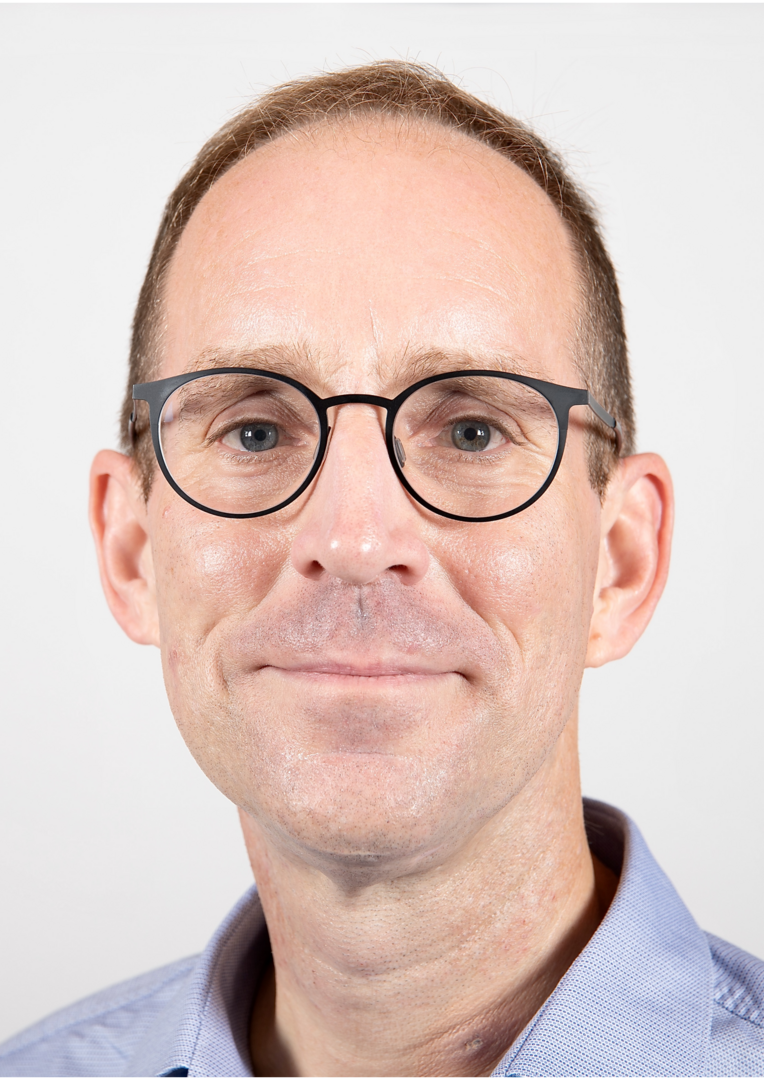 Thomas is a professor at OIST Graduate University, leading the Quantum Systems Unit since 2011. He obtained his Ph.D. from the University of Innsbruck in Austria in 2000, which was followed by post-doctoral positions at the University of Aarhus (Denmark) and at University College Cork (Ireland). In 2006 he started his own group with the help of a Principal Investigator Award from Science Foundation Ireland, which was renewed in 2010. He has supervised 13 PhD students to completion and, since arriving in OIST, his unit has hosted over 35 intern students and a similar number of rotation students. In 2019, Thomas shared the inaugural Excellence in Mentoring Award from OIST. 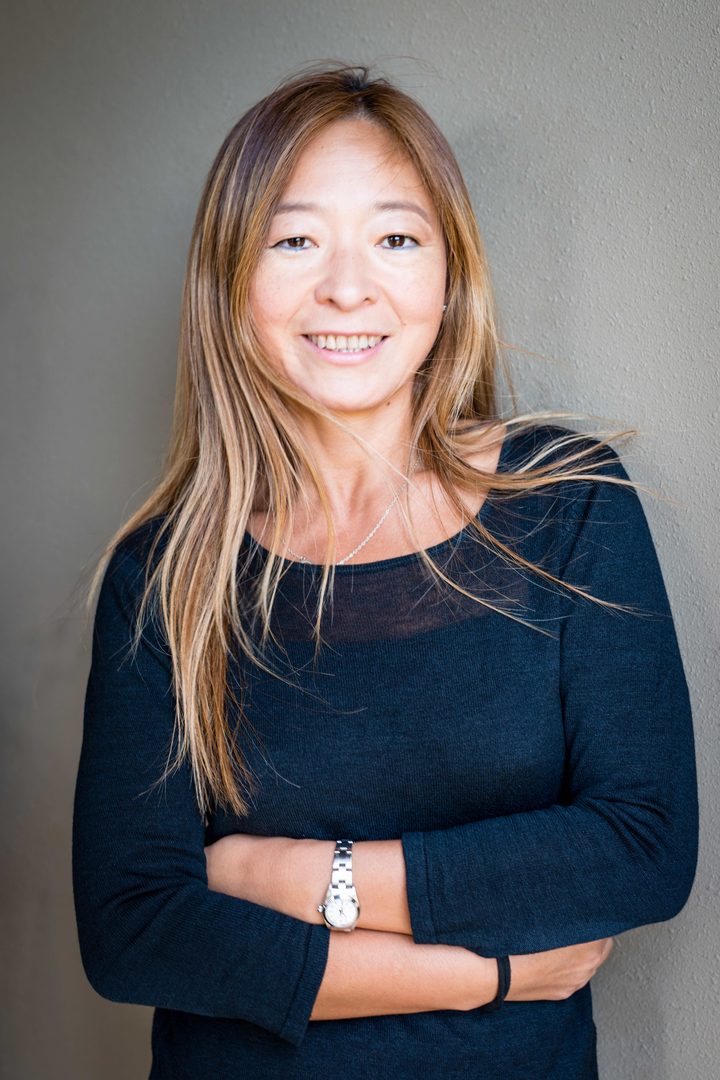 Amy is a professor at Okinawa Institute of Science and Technology Graduate University (OIST) in Japan, leading the Micro/Bio/Nanofluidics Unit since 2014. She was a faculty member in Mechanical Engineering at the University of Washington (USA) prior to moving to Japan. She has been actively involved in mentoring, outreach and the promotion of diversity throughout her academic career. She received the Excellence in Mentoring Award from OIST in 2020. Amy's research is focused on microfluidics and rheology with applications in biotechnology and nanotechnology. She is a Fellow of the American Physical Society (Division of Fluid Dynamics) and the Royal Society of Chemistry.  Amy has won numerous awards including the NSF CAREER Award and the Ralph E. Powe Junior Faculty Enhancement Award. Amy was also a Fulbright Scholar in 2013. She is an associate editor for Soft Matter and Micromachines and serves on the editorial advisory board for ACS Sensors and Physics of Fluids.

Amy’s ongoing commitment to serving the broader community was particularly impactful during the Covid-19 pandemic, when her group, in collaboration with the OIST Mechanics and Materials Unit and supported by many OIST members, were able to 3D print, clean and assemble much-needed face shields. More than 2000 face shields were delivered to the Okinawa Prefectural Government from May-July 2020 and distributed to local hospitals, clinics, airport, and other critical institutions and venues. 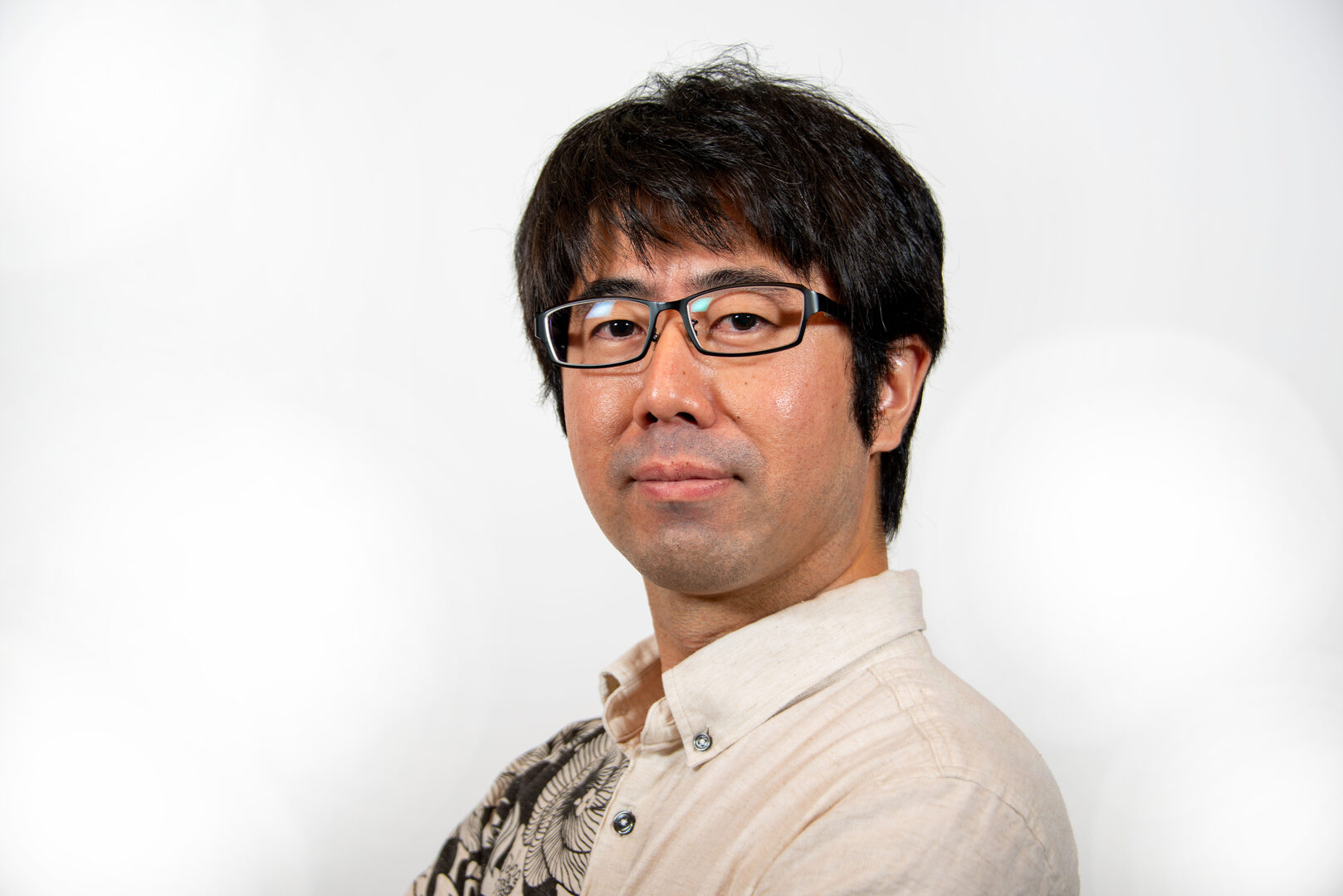 Kaz is an assistant professor at Okinawa Institute of Science and Technology Graduate University (OIST), leading the Memory Research Unit from 2020. He obtained a Ph.D. from the University of California, Davis in 2015 and did a postdoc at RIKEN Center for Brain Science. During his postdoc, he co-chaired the RIKEN postdoc association to contribute his efforts toward the cultivation of a more inclusive scientific community. In 2021, Kaz received the Excellence in Mentoring Award from OIST. 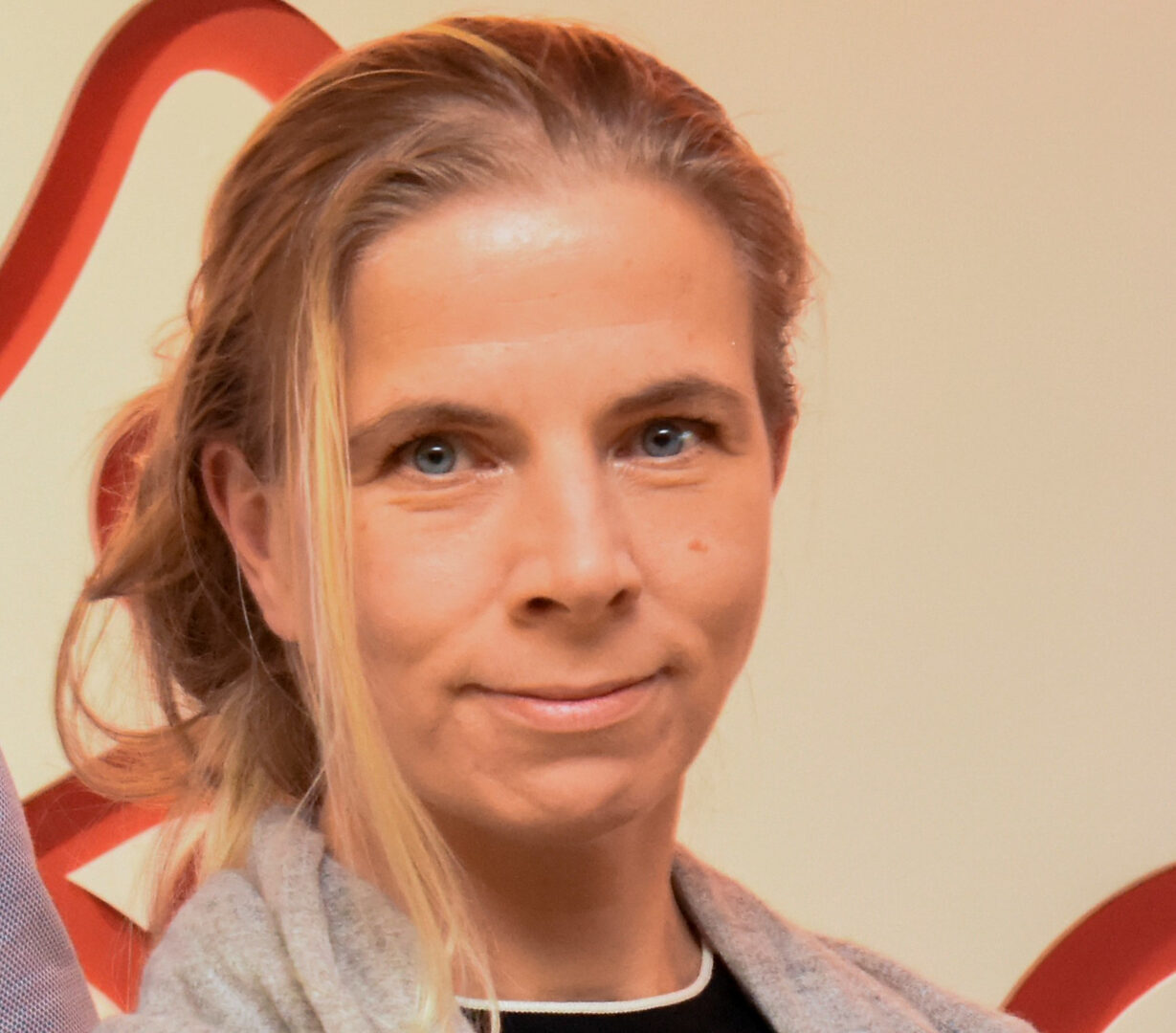 Yoe is an assistant professor at OIST, leading a diverse research unit "Neuronal Rhythms in Movement". She did her PhD in Helsinki, Finland, had two postdoctoral positions in Japan (RIKEN BSI and OIST), two research fellowships under Marie Sklodowska-Curie Actions (MSCA) programme in Israel and the Netherlands before returning as a faculty to OIST in 2017. She endeavors to support researcher independence and diversity in her mentoring approach, as well as to serve as a role model for women and other minorities in research. She was awarded the OIST mentoring prize in 2019.