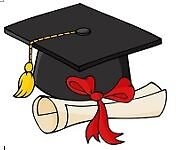 Magnets with "frustrated" interactions play host to great many novel phenomena, and have come to play a central role in the search for new phases of matter. Within this field, the Kagome lattice - a two-dimensional network of corner-sharing triangles named for the pattern used traditional Japanese baskets - plays a particularly iconic role. Kagome lattice magnets are celebrated for the their "spin-liquid" behaviour, in which magnetic moments fail to order, and instead play host to new forms of magnetic excitation. Both the classical and quantum Heisenberg antiferromagnets on a Kagome lattice have been studied in great detail, and continue to provide rich inspiration to theorists and experimentalists alike. In this thesis, we usual numerical simulation techniques to explore the properties of two variants of the Kagome lattice, establishing that these may have just as much to offer. Firstly, we explore the thermodynamic properties of the Ising model on "shuriken", or square-Kagome lattice, using a combination of classical Monte Carlo simulation and analytic Husimi-tree calculations. We find a very rich phase diagram, containing both ordered and spin-liquid regimes, as well as a very unusual reentrant form of paramagnetism [Pohle et al., Phys. Rev B 94, 014429 (2016)]. Secondly, we explore the dynamical properties of a spin liquid on a bilayer breathing-Kagome lattice, motivated by the experiments on the new spin-liquid system, Ca10Cr7O28 [Balz et al., Nat. Phys. 12, 942 (2016)]. Using semi-classical molecular-dynamics (MD) simulations , we are able to reproduce many of the features seen in experiments on Ca10Cr7O28, and to provide the first explanation of the origin of its spin-liquid behaviour. Surprisingly, we find that the magnetic excitations of Ca10Cr7O28 encode not one, but two types of spin liquid; a "spiral spin liquid" and, at finite energy, the spin--liquid correlations familiar from the Kagome-lattice antiferromagnet.