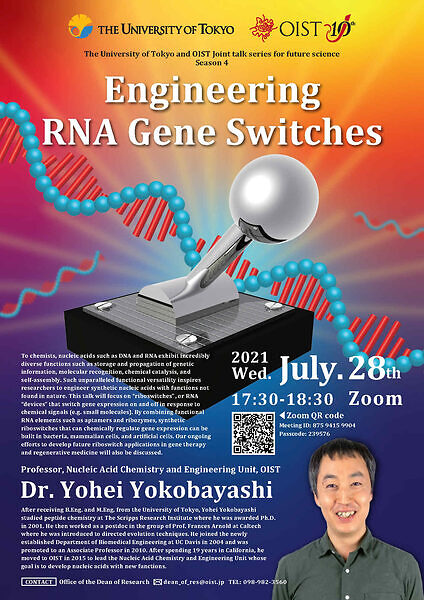 To chemists, nucleic acids such as DNA and RNA exhibit incredibly diverse functions such as storage and propagation of genetic information, molecular recognition, chemical catalysis, and self-assembly. Such unparalleled functional versatility inspires researchers to engineer synthetic nucleic acids with functions not found in nature. This talk will focus on “riboswitches”, or RNA “devices” that switch gene expression on and off in response to chemical signals (e.g. small molecules). By combining functional RNA elements such as aptamers and ribozymes, synthetic riboswitches that can chemically regulate gene expression can be built in bacteria, mammalian cells, and artificial cells. Our ongoing efforts to develop future riboswitch applications in gene therapy and regenerative medicine will also be discussed. 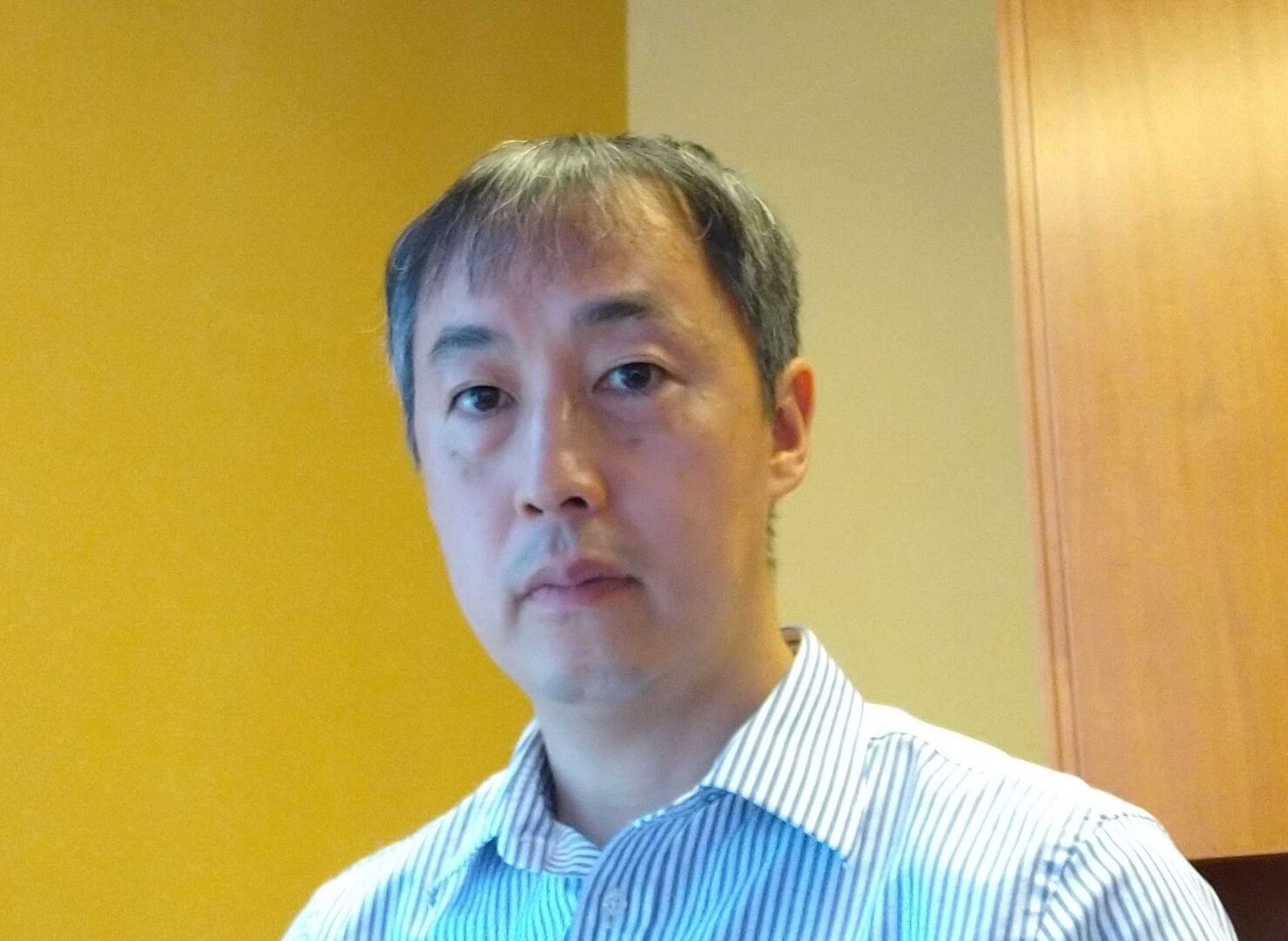 After receiving B.Eng. and M.Eng. from the University of Tokyo, Yohei Yokobayashi studied peptide chemistry at The Scripps Research Institute where he was awarded Ph.D. in 2001. He then worked as a postdoc in the group of Prof. Frances Arnold at Caltech where he was introduced to directed evolution techniques. He joined the newly established Department of Biomedical Engineering at UC Davis in 2004 and was promoted to an Associate Professor in 2010. After spending 19 years in California, he moved to OIST in 2015 to lead the Nucleic Acid Chemistry and Engineering Unit whose goal is to develop nucleic acids with new functions.