Installation of the common use 600 MHz NMR was finished, thanks to Nagashima-san, who came to Okinawa for the second time after installing the 400 MHz a few months ago. The new instrument can do both solid and liquid NMR and it only takes a few minutes to exchange probes. With a liquid samples probe, it's also possible to measure down to -40C without liquid nitrogen and up to +150C (with air stream cooling to protect against overheating). Long-time variable temperature experiments are thus possible. Read below some highlights from preliminary training... 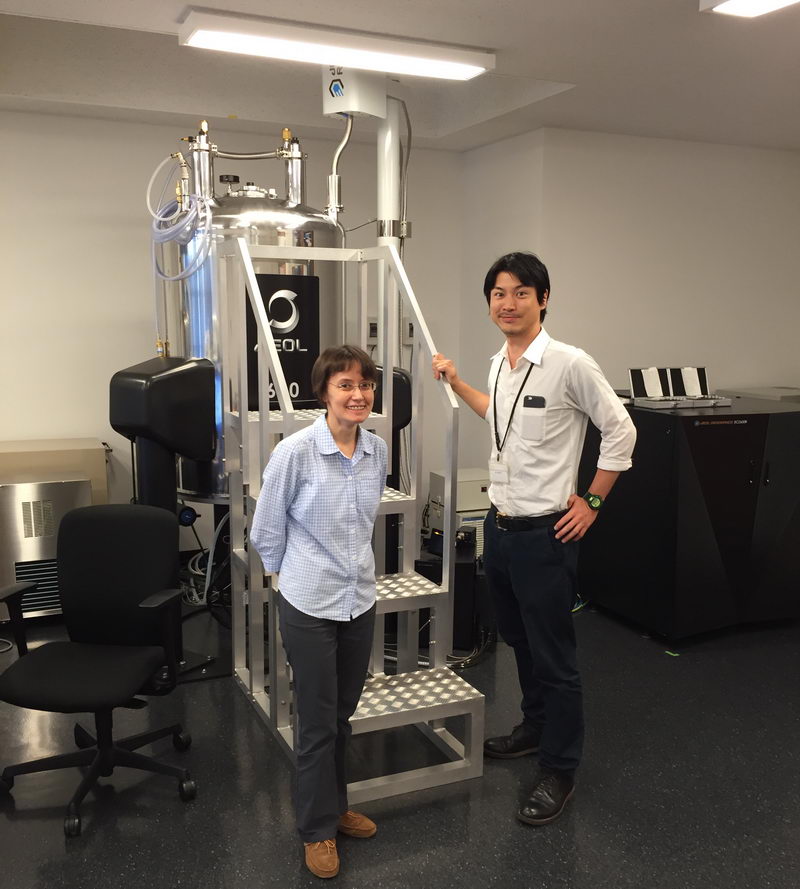 Some highlights from the training, which mostly happened under the magnet: 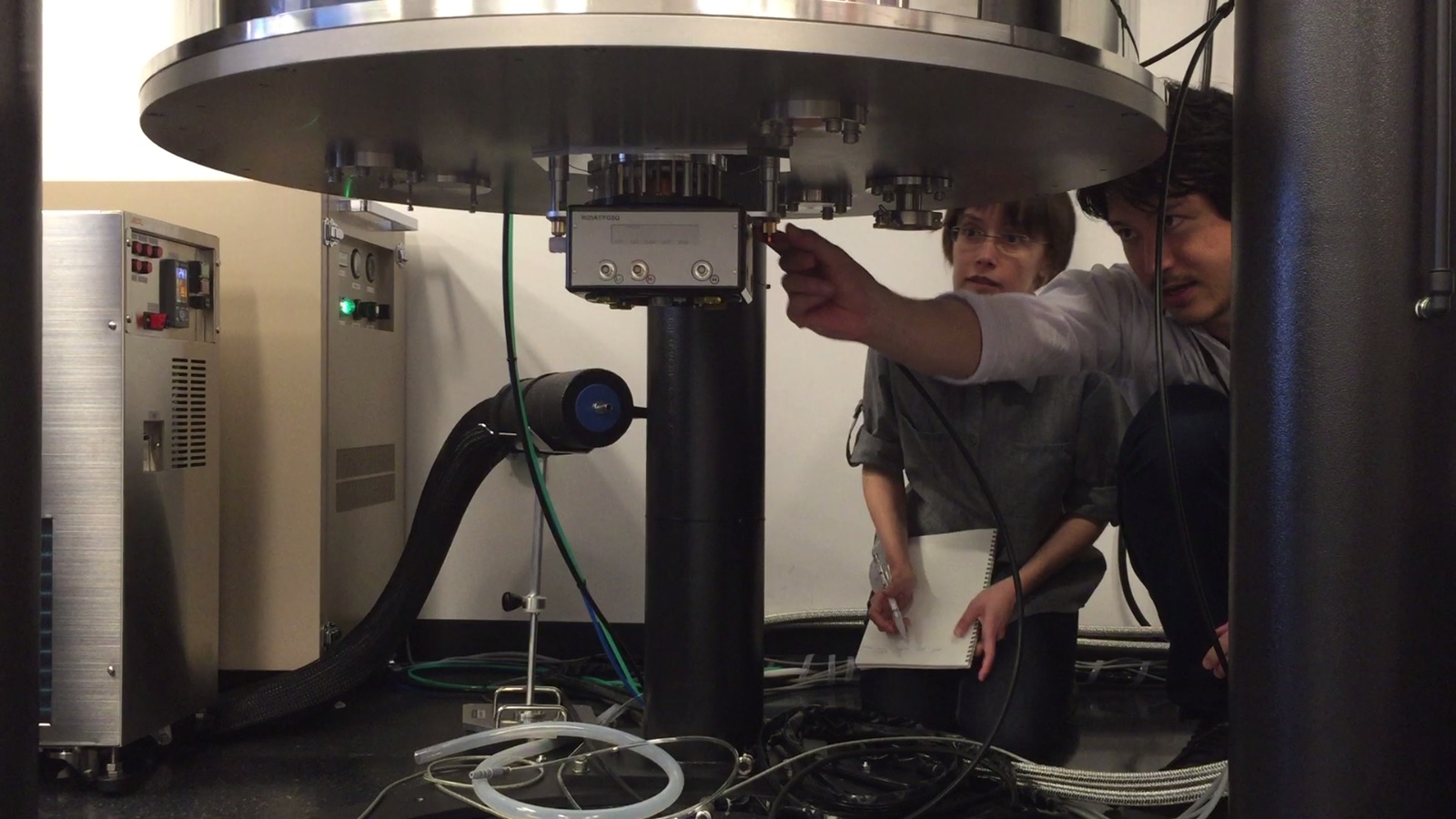 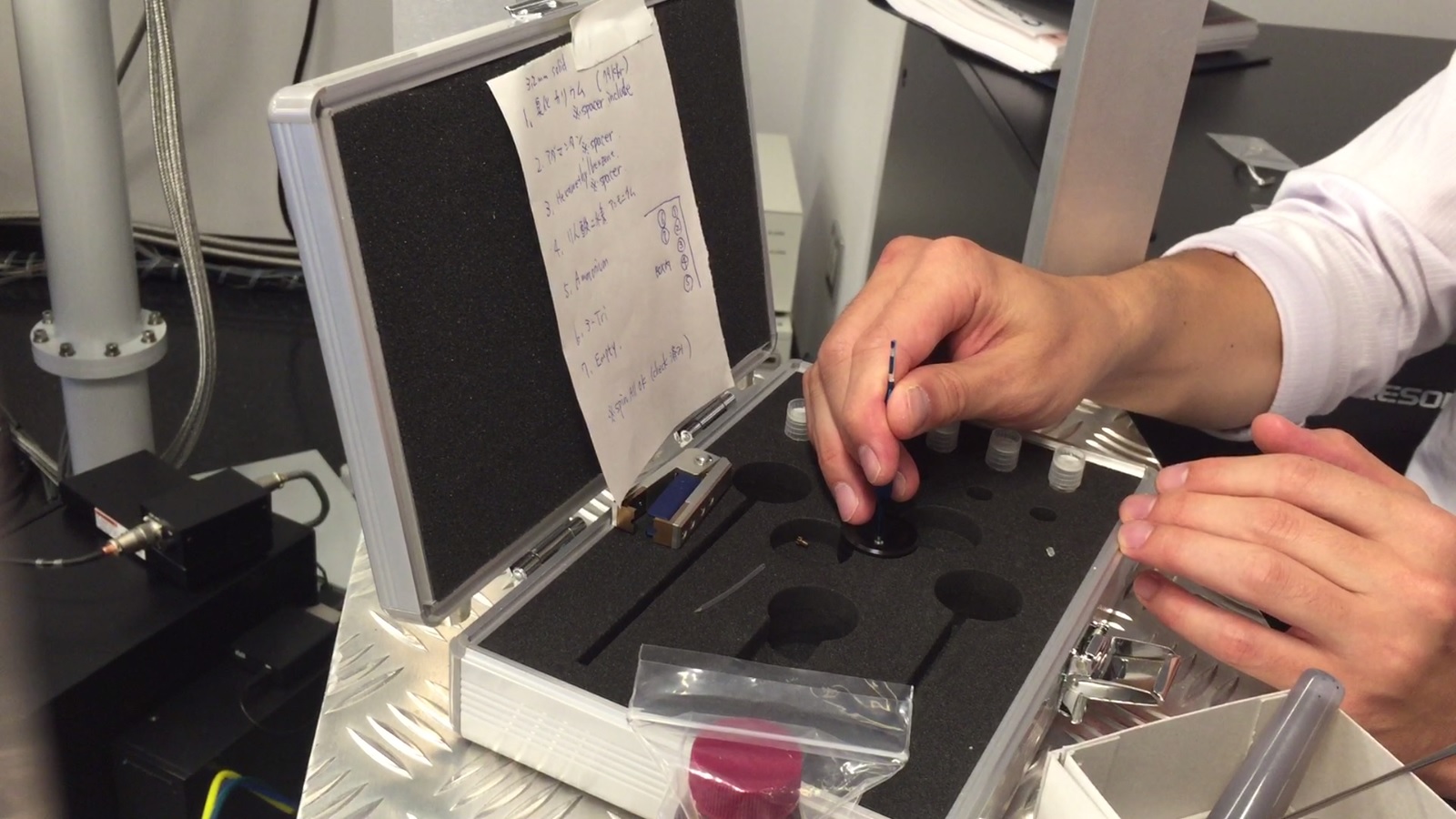 Checking sample on a bench spinner, which is necessary to ensure that the sample was packed homogeneously and will spin properly inside the probe: 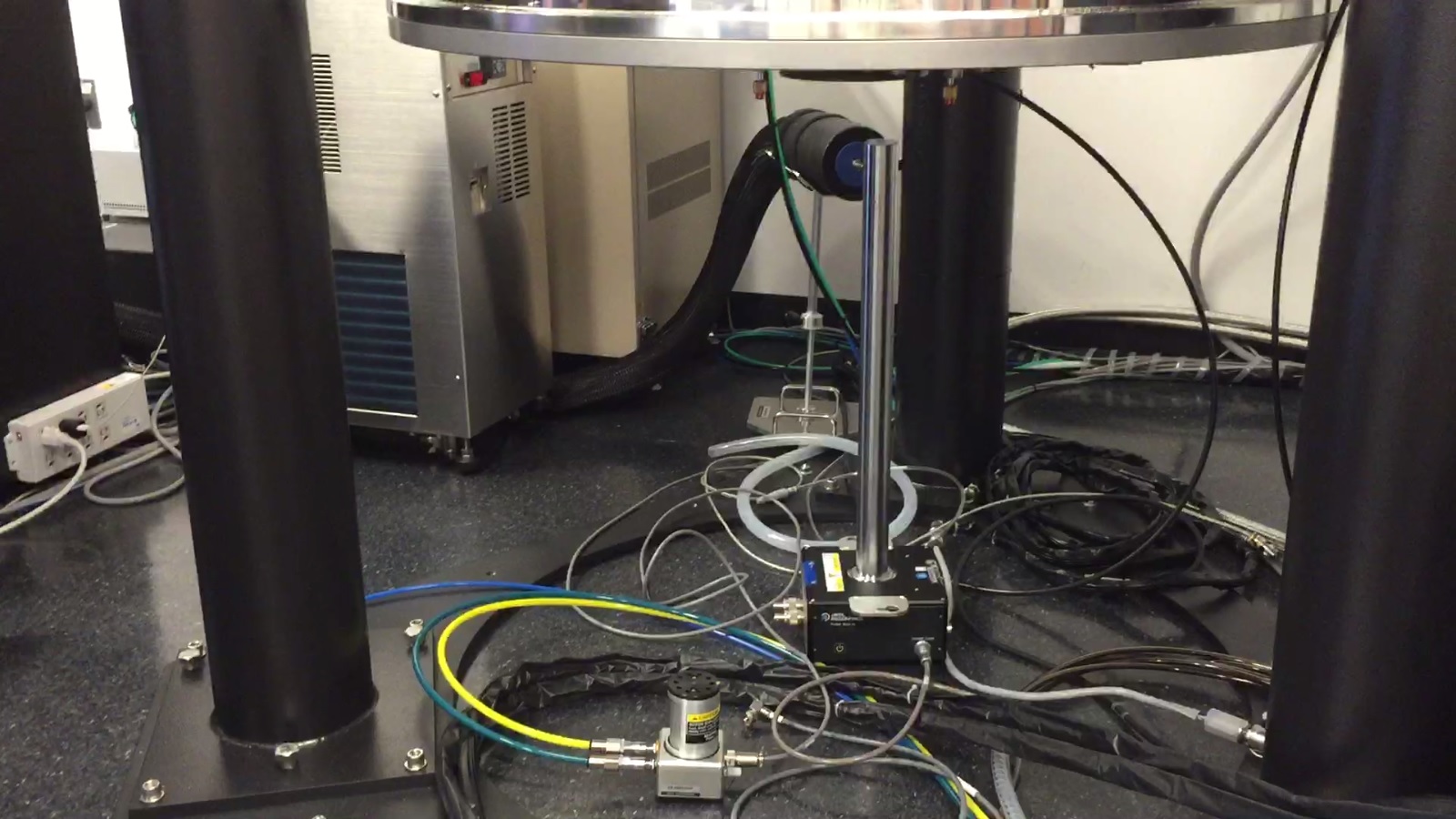 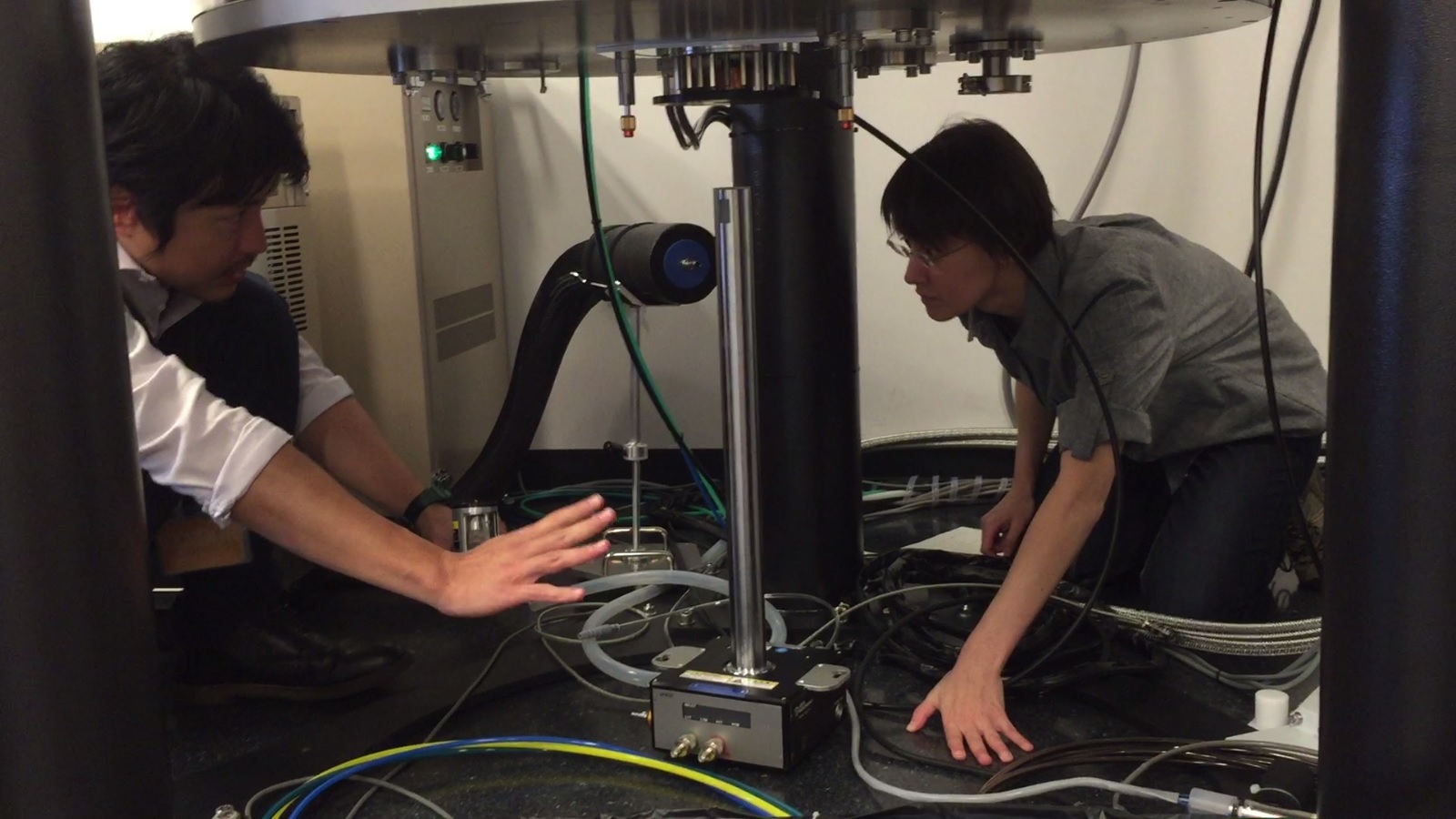 Don't forget to use the sticks that are necessary for some nuclei with our solid 600 MHz probes! Mostly this is necessary for the 8mm probe (even for carbon!). However for boron on the 3.2mm probe, a stick is also necessary. And then don't forget to remove the stick from the probe when finished to avoid confusion. In this picture you can nicely see the tuning and matching screws for the low and high frequency channels, which you have to adjust manually for the solid probe if tuning is necessary. 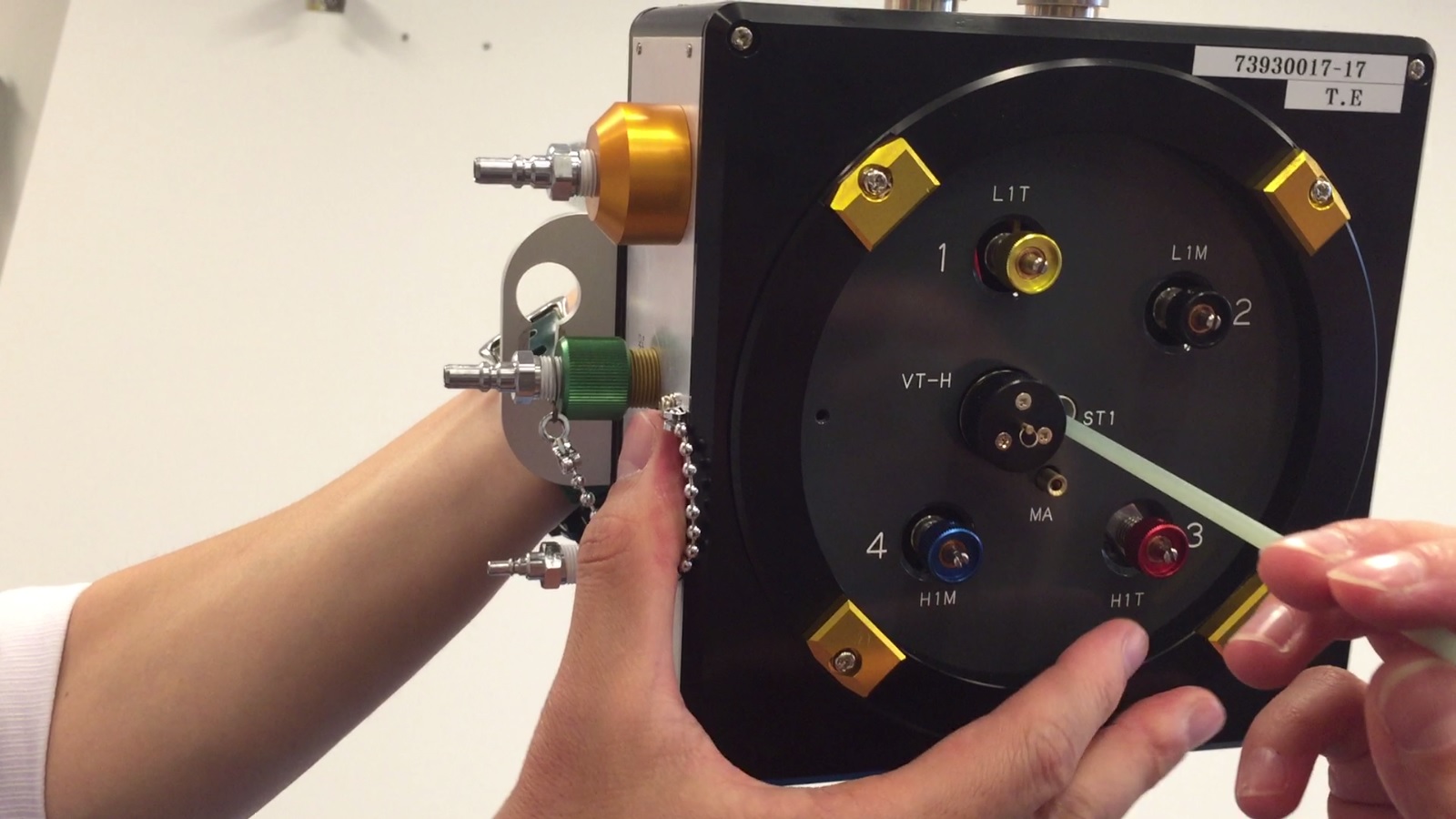 Magic angle adjustment with KBr. This is necessary only very rarely, during installation and after a couple of years. But it's an easy experiment to do and gives a beautiful spectrum of one central peak for the Br nucleus, with its multiple spinning side-bands: 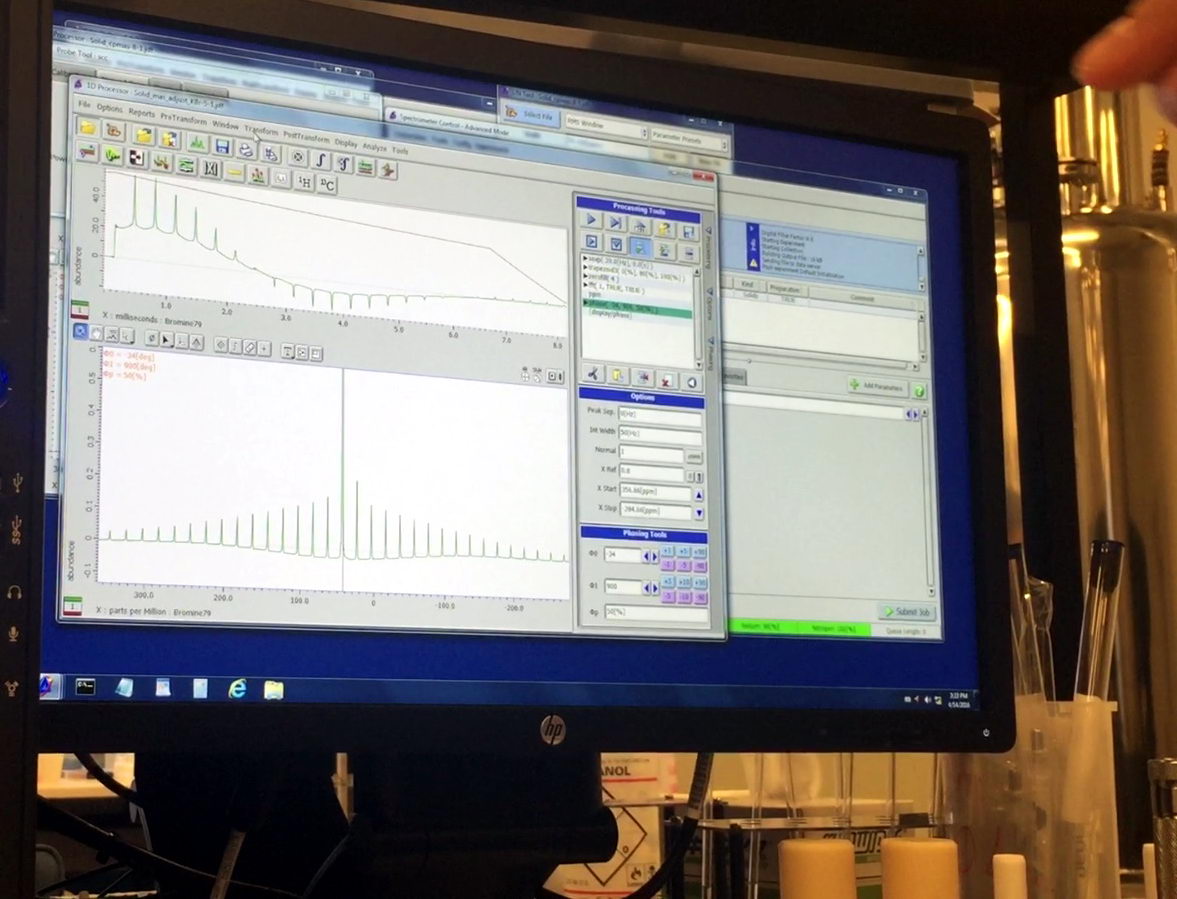 For long term low temperature experiments using liquid probe (but not solid probe! VT is not available for our solid probes), "Long VT" is most convenient to use, although the lowest temperature will be around -40C, but it can be maintained at this level for days. (With the same setup, we can scan to high temperatures if we need to cover a wide range of temperatures during same experiment without switching air supply) 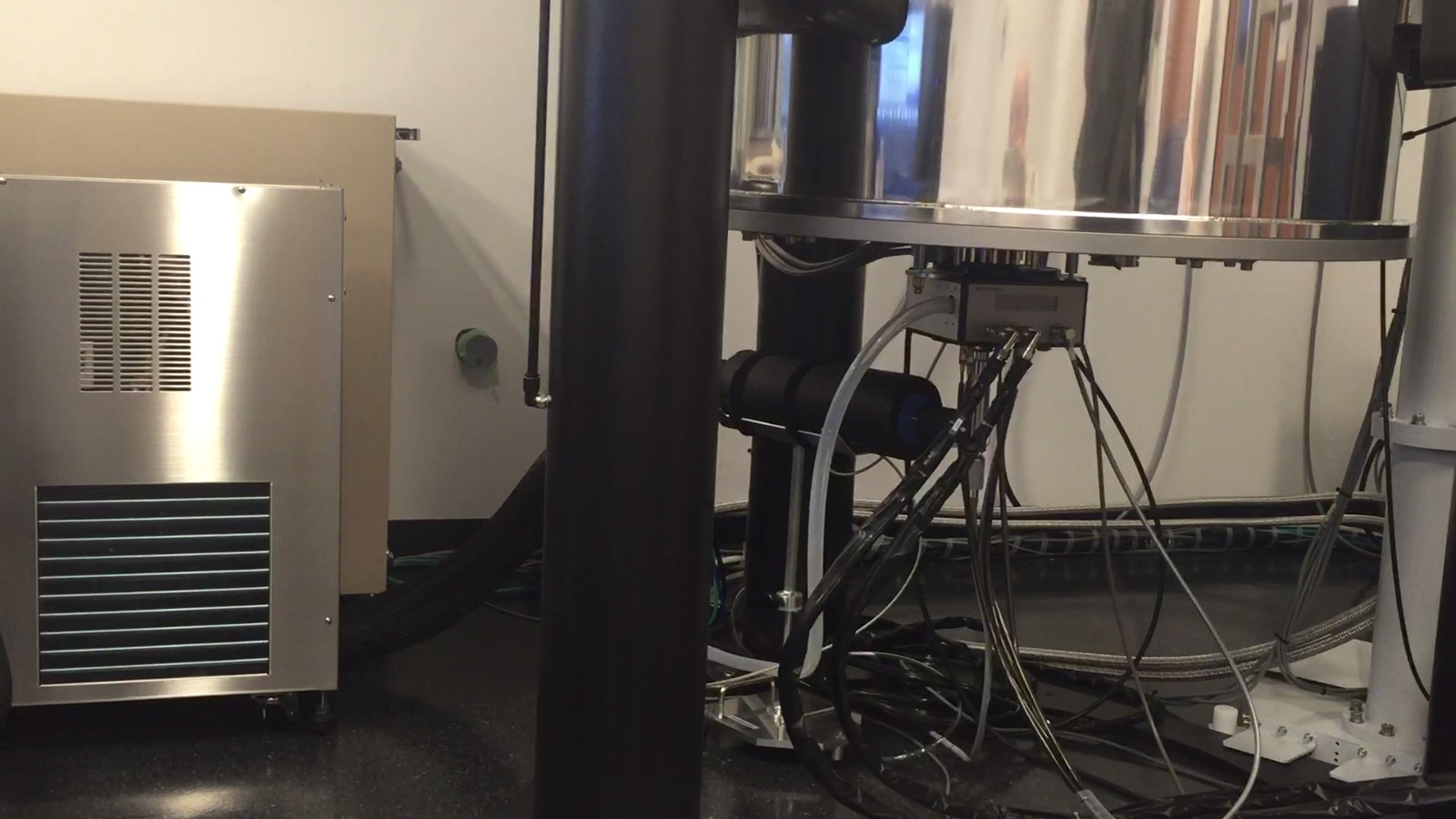 But when using LongVT, don't forget to turn the switch on the console to "optional cooler" (and switch it back to "RT/Dewar" when finished using): 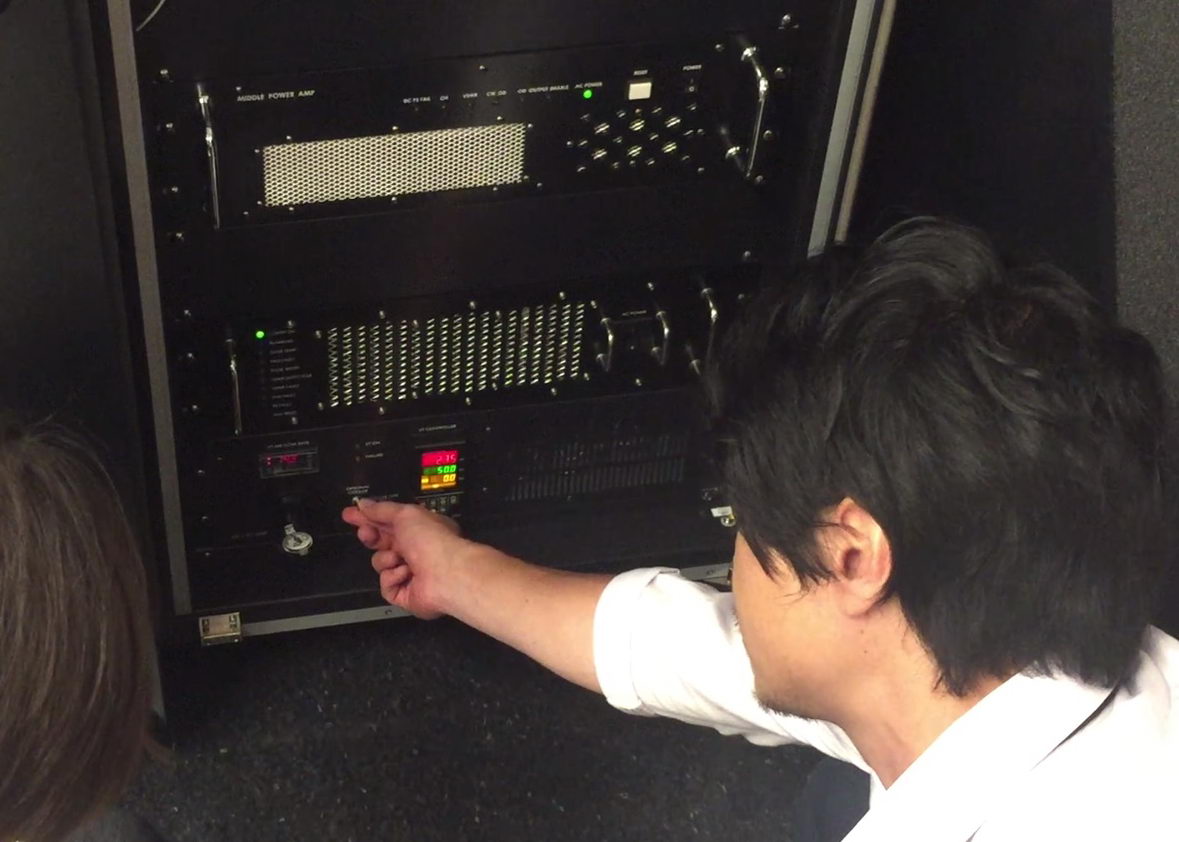 For lower temperatures, 30 L Dewar is available (again, don't forget to turn the switch now to "RT/Dewar heater" after you stop using LongVT): 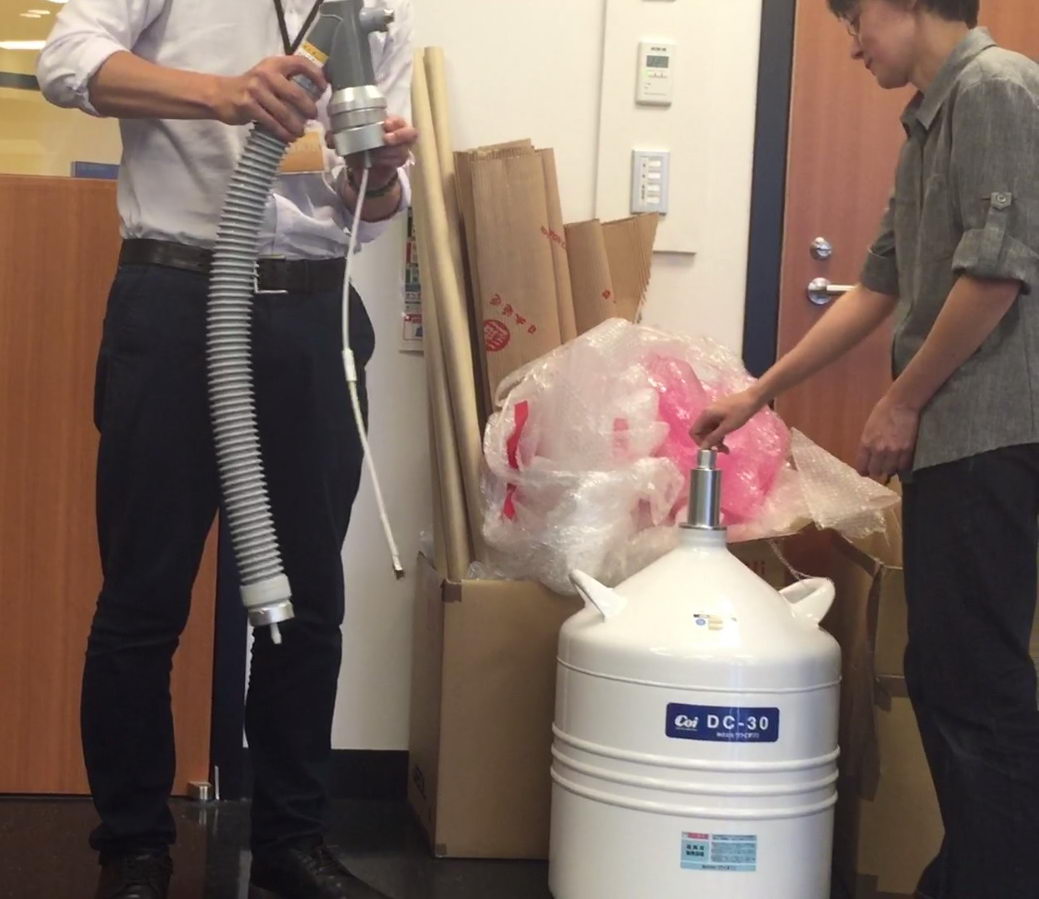