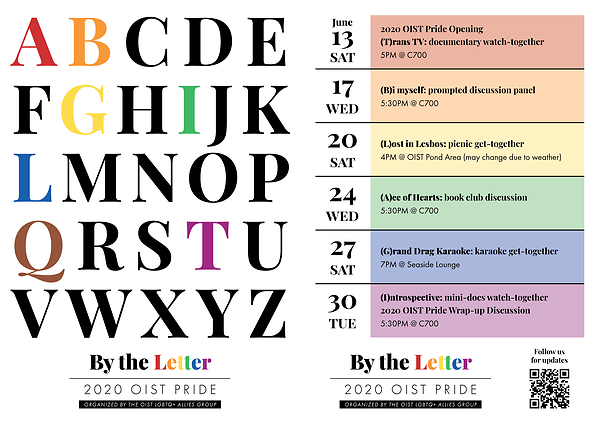 The OIST LGBTQ＋Allies Group is organizing "By the Lstter", a series of events in honor of the minority groups under the umbrella  acronym LGBTQIA. We invite all members of the OIST community that would like to learn, discuss and engage in LGBTQ＋issues to join us.

We will kick-start the event on Saturday, June 13th, with the letter T for transgender: after opening remarks, we`ll have a documentary screening starring Marsha P. Johnson, an iconic Black Trans Activist who played a pivotal role in the 1960 Stonewall riots that spurred Pride month celebrations and LGBT social justice movements in so many countries all over the world for over 50 years.