<Seminar> Prof. Berkhout, HIV keeps on surprising us: a CRISPR-Cas cure adventure and a drug-resistance story 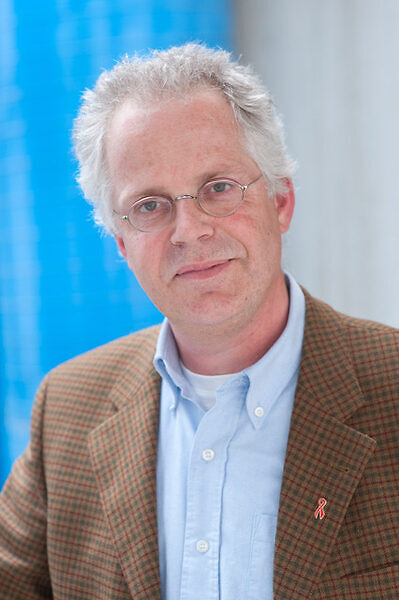 HIV keeps on surprising us: a CRISPR-Cas cure adventure and a drug-resistance story

The two hallmarks of the replication cycle of a retrovirus like the human immunodeficiency virus (HIV) are reverse transcription of the RNA genome into DNA and subsequent integration into the cellular genome. This integrated genome will persist for the life of the infected cell, which explains why it has not been possible to develop a cure, despite the availability of many potent antiviral drugs. To realize a cure, we developed CRISPR-Cas-based strategies to inactivate the integrated HIV genomes. We observed potent virus inhibition, but also surprising virus escape routes. A combination attack was designed that does not allow virus escape. But where is the virus hiding and how to reach those reservoirs?

Inhibitors of the HIV integrase enzyme form an important drug class and Dolutegravir (DTG) is the WHO-preferred drug. Whereas resistance usually develops in the targeted HIV enzyme, in this case the Integrase, there is accumulating evidence for an unorthodox resistance mechanism that involved a regulatory HIV sequence, the polypurine track (PPT) that produces the primer for +strand synthesis during reverse transcription. It turns out that this PPT-mutated virus replicates - albeit at a slow pace – without integrating its DNA into the host cell genome! Details of this mechanism and several consequences will be discussed. In fact, this integration-minus HIV variant starts behaving like a non-integrating hepatitis B virus (HBV).

Ben Berkhout studied molecular biology at Leiden University and obtained his PhD in 1986 on translational control by means of RNA structure in bacteriophages. He performed postdoctoral research at the Dana Farber Cancer Institute (Harvard Medical School) and the National Institutes of Health (USA). He became Head of the Laboratory of Experimental Virology and was appointed Professor of Human Retrovirology the University of Amsterdam in 2002. He supervised 49 PhD students and published over 580 manuscripts on HIV-1 replication, virus evolution, virus discovery and new antiviral therapeutic strategies. BB sits on many international science panels and is editor-in-chief of Virus Research and editor for several journals.