Mangrove forests can be found at a number of sites across Okinawa as well as at the other Nasei islands within the Ryukyu archipelago and beyond to Thailand, Taiwan etc.  How mangrove trees colonise across the sea is very unusual because, unlike many terrestrial tree species, mangroves often produce large floating propagules that are dispersed by ocean currents instead of light seeds that can be carried on the air. The mechanisms that allow mangrove forests to re-colonise or colonise new areas are of particular interest because of the mangrove forest’s international designation as a protected and endangered habitat. Here in Okinawa certain mangrove forest areas are protected due to the role they play as a source of food and shelter for many migrating bird species. Although some mangrove areas are protected, many more mangrove forests across the world are being removed and replaced by various types of aquaculture or artificial coastal defences. 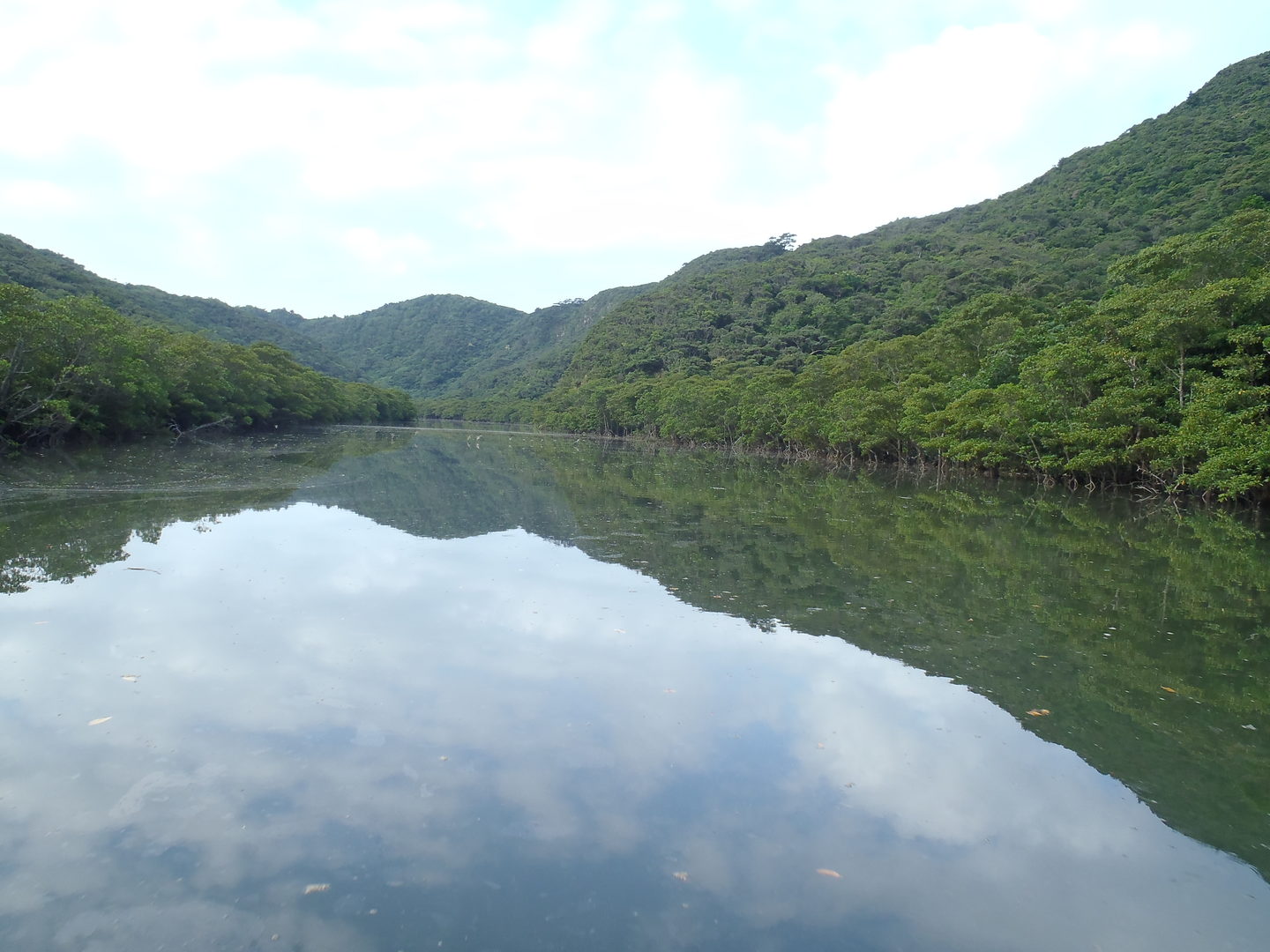 The mangrove propagule is necessarily the focus of any study on how mangroves disperse as this is the only life stage that can be actively transported. These propagules however do not simply float passively on ocean currents, they exhibit certain behaviors such as altering of their orientation or buoyancy which may significantly alter the influence physical oceanography has on their distribution. Therefore, propagule behaviour constitutes the biological parameter of biophysical models that take into account local and regional currents to predict the distribution potential of certain mangrove species.

By looking at the genetic similarity between individuals from distant populations of the same mangrove species, we can make inferences of how well connect these populations are and even how well connected they have been in the past. A predictive model can give a snapshot view of how mangroves are dispersed but the information stored in an individual’s genetics can tell us about that populations entire history and how it is influenced by other populations. The findings from these genetic analyses can help us ground-truth the predictions we make from our biophysical models.