Seminar "What to do with two dozen (and counting) amphibian genomes" by Austin B. Mudd 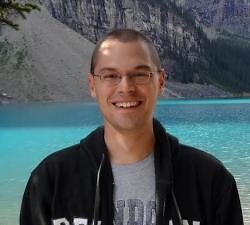 Molecular Genetics Unit (Rokhsar Unit) would like to invite you to a seminar by Austin B. Mudd from University of California, Berkeley

Title: What to do with two dozen (and counting) amphibian genomes

Abstract:
The core of my research centers on the question of which genome elements are conserved and which vary across the tree of life, with a focus on the less-studied order Anura (frogs and toads). Anurans are, for example, important as indicators of environmental health and model species in cell and developmental biology studies. Harnessing the imminent influx of amphibian genomes, my talk will highlight our work analyzing the anuran phylogeny; assembling the genomes of various anuran species; and investigating genome conservation, variation, and synteny. Although analysis is ongoing, early results show insights into the genomes of model species Xenopus laevis and Xenopus tropicalis, increasing our understanding of anuran genome biology and evolution. I’ll conclude by highlighting a new project to sequence the genomes of Okinawan frogs Babina holsti and Odorrana ishikawae.