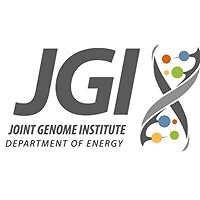 Molecular Genetics Unit (Rokhsar Unit) would like to invite you to a seminar by Dr. G. Albert Wu from U.S. Department of Energy Joint Genome Institute

Abstract:
The genus Citrus, comprising some of the most widely cultivated fruit crops worldwide, includes an elusive number of species. Using genomic, phylogenetic and biogeographic analyses of 60 diverse accessions, we describe ten ancestral citrus species and propose that citrus diversified during the late Miocene epoch through a rapid southeast Asian radiation that correlates with a marked weakening of the monsoons. A second radiation enabled by migration across the Wallace line gave rise to the Australian limes in the early Pliocene epoch. Further identification and analyses of hybrids and admixed genomes provides insights into the genealogy of major commercial cultivars of citrus. Among mandarins and sweet orange, we find an extensive network of relatedness that illuminates the domestication of these groups. Widespread pummelo admixture among these mandarins and its correlation with fruit size and acidity suggests a plausible role of pummelo introgression in the domestication of palatable mandarins. This work provides a new evolutionary framework for the genus Citrus.