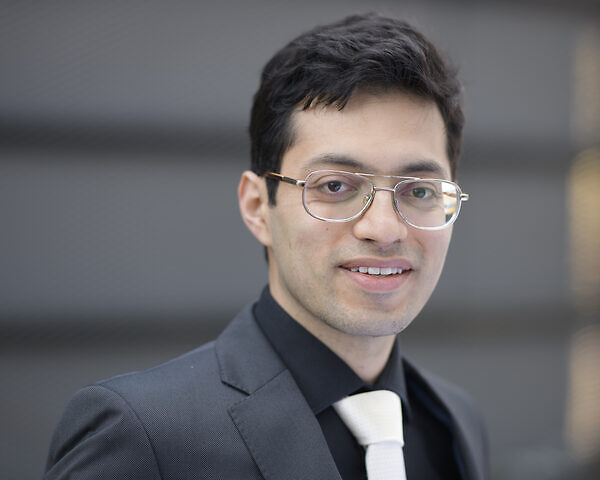 Micro/Bio/Nanofluidics (Shen) Unit would like to invite you to the virtual seminar by Ricardo López on November 18 (Thursday).

Multicomponent liquids are widely present in nature and in the process industry, however, the many possible phenomena that can arise from those liquids are still far from being completely explored and understood. Two examples of those phenomena are the Marangoni effect and phase separation. In this talk, I will mainly discuss about two projects that treat these two phenomena. The first one focuses on the emergence of a Marangoni instability at a liquid-air interface of an evaporating binary liquid confined within a Hele-Shaw cell. I will present experimental measurements of the flow caused by the instability, which compare fairly well with results from quasi-two-dimensional numerical simulations. Additionally, I will discuss a linear stability analysis used to predict the conditions for instability, using a simplified version of the model equations. In the second project I study the evaporation of a ternary mixture. Again, the liquid is confined within a Hele-Shaw cell and a Marangoni instability emerges once more, however, this time the mixture phase separates. Depending on the initial concentration of the mixture, the way phase separation occurs is different, either as emulsification or as bulk phase separation. By using the ternary diagram of the mixture, I give a rationale for the way phase separation takes place depending on the initial concentration. In addition, surface droplets nucleate on the walls of the cell, and depending on the flow conditions, they might self-arrange into lines or branch-like patterns. As a final note, I will briefly discuss a different system, namely the impact of cylinders of different masses on a thin pool of cornstarch suspension. I will show how depending on the concentration of the suspension, the thickness of the pool and the kinetic energy of the impact, the cylinder can either sink to the bottom or bounce back due to the solidification of the pool.