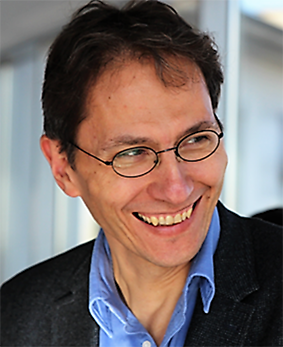 Quantum physics is the best-confirmed theory of nature, and yet important questions have remained open: Why do we find unitary evolution in quantum mechanics but not in the macroscopic world we live in? What defines the cut between coherent superpositions of quantum states and seemingly irreversible measurements among many mutually exclusive possibilities? These questions have been guiding our research on nanoparticle interferometer and control schemes1. We were able to demonstrate the quantum wave nature of fullerenes, vitamins2, polypeptide antibiotics and macromolecules up to 10’000 amu3, and in all experiments so far, quantum mechanics was confirmed and clearly distinct from a classical world view. In an ongoing effort to prepare novel quantum experiments between 104 – 106 amu we have established a new long-baseline matter-wave interferometer that can cope with de Broglie wavelengths even below 100 fm. In an effort to push the mass limit by even another two orders of magnitude, to between 106-108 amu, we are advancing nanoparticle cavity optomechanics. This includes methods to launch and detect high-mass silicon nanorods4 and new microcavities5, 6 that strongly couple these nanoparticles to intense light fields. The combination shall enable cooling to 5D quantum states, for novel tests at the quantum-classical interface7.

This is a part of the summer school CQD2018 hosted by Nic Chormaic Unit & Busch Unit.
Looking forward to seeing mane of you at the seminar.