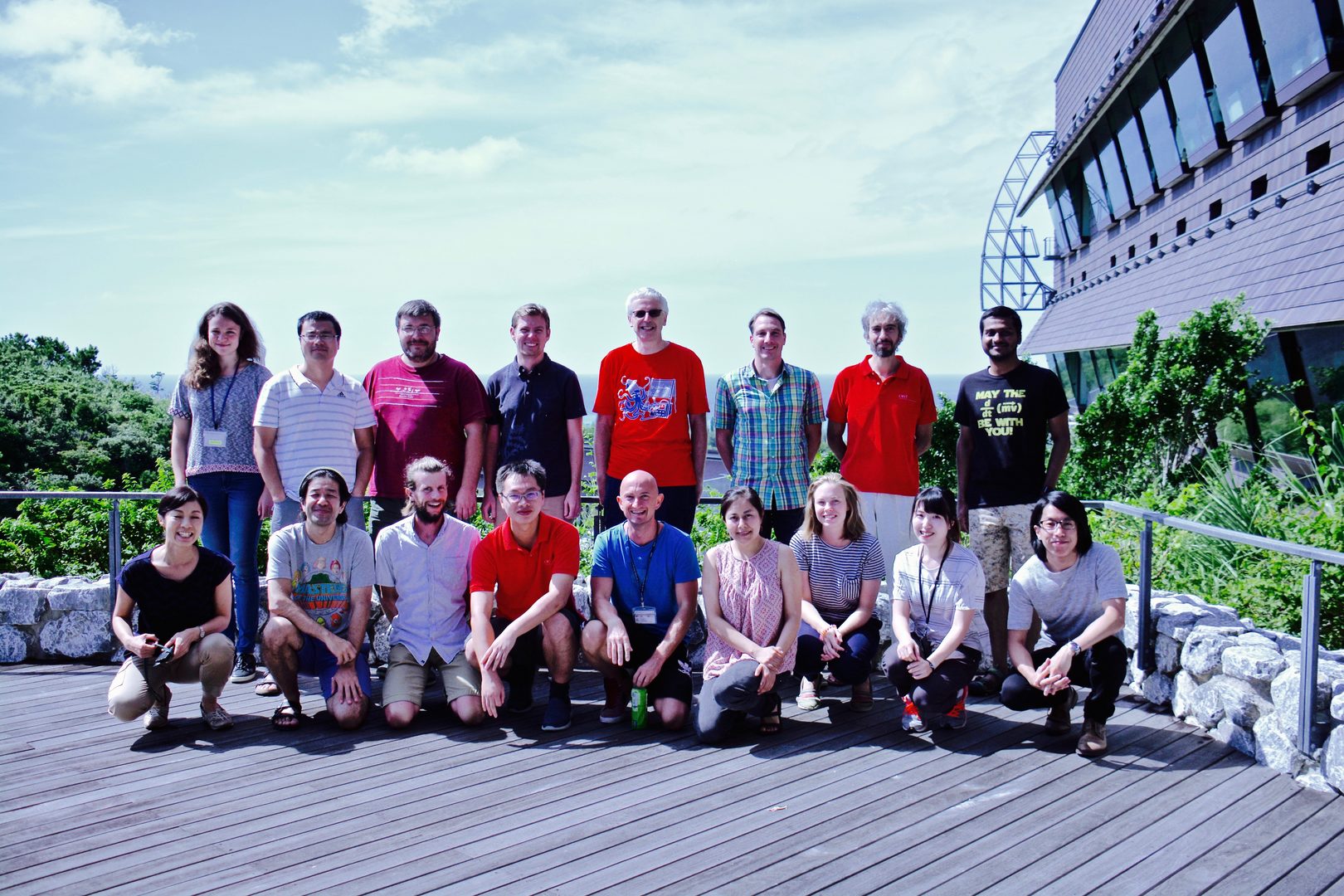 Several efficient procedures exist to digitally trace neuronal structure from light microscopy, and mature community resources have emerged to store, share, and analyze these datasets based on the SWC file format (Figure 1, Cannon et al. 1998). In contrast, the quantification of intracellular distributions and morphological dynamics was not yet standardized. The SWC file format is static and inadequate for subcellular characterizations. In collaboration with Prof. G. Ascoli (George Mason University, USA) we extended the SWC file format to represent multichannel information and to capture morphological dynamics. This extension adds extra columns to the classic SWC format shown in Figure 1d and is fully back-compatible with popular visualization and modeling tools.

Figure 1: Examples of basic SWC reconstructions. (a) Representation of neural structure as a tree, along with graphical definitions of node, compartment, branch, branch point, continuation point, terminal point, and root node. (b) Image stack, (c) reconstruction, and (d) excerpt of swc file of Class I da neuron from the Drosophila larva. The SWC nodes marked with the red arrow in c are shown in d. The first six compartments described are soma (Type 1), followed by an axon (Type 2) coming off from the soma and going up to node 19. Dendritic nodes (Type 3) are not shown in d. (from Nandi et al. 2017)

In the resulting publication (Nandi et al. 2017) an application to combined multichannel/time-varying reconstruction data of developing neurons in live Drosophila larvae is shown. The files describe digitally tracing fluorescently labeled cytoskeletal components along with overall dendritic morphology as they changed over time.

Long-term depression (LTD) and long-term potentiation (LTP) in the cerebellum are important for motor learning. However, the signaling mechanisms controlling whether LTD or LTP is induced in response to synaptic stimulation remain obscure. We developed a unified model of LTD and LTP at the cerebellar parallel fiber-Purkinje cell synapse (Gallimore et al., 2018; model is summarized in Figure 2). It is comprised of  531 species, 358 reaction parameters, and 1,120 individual reactions, making it the most complex model of synaptic learning to date. 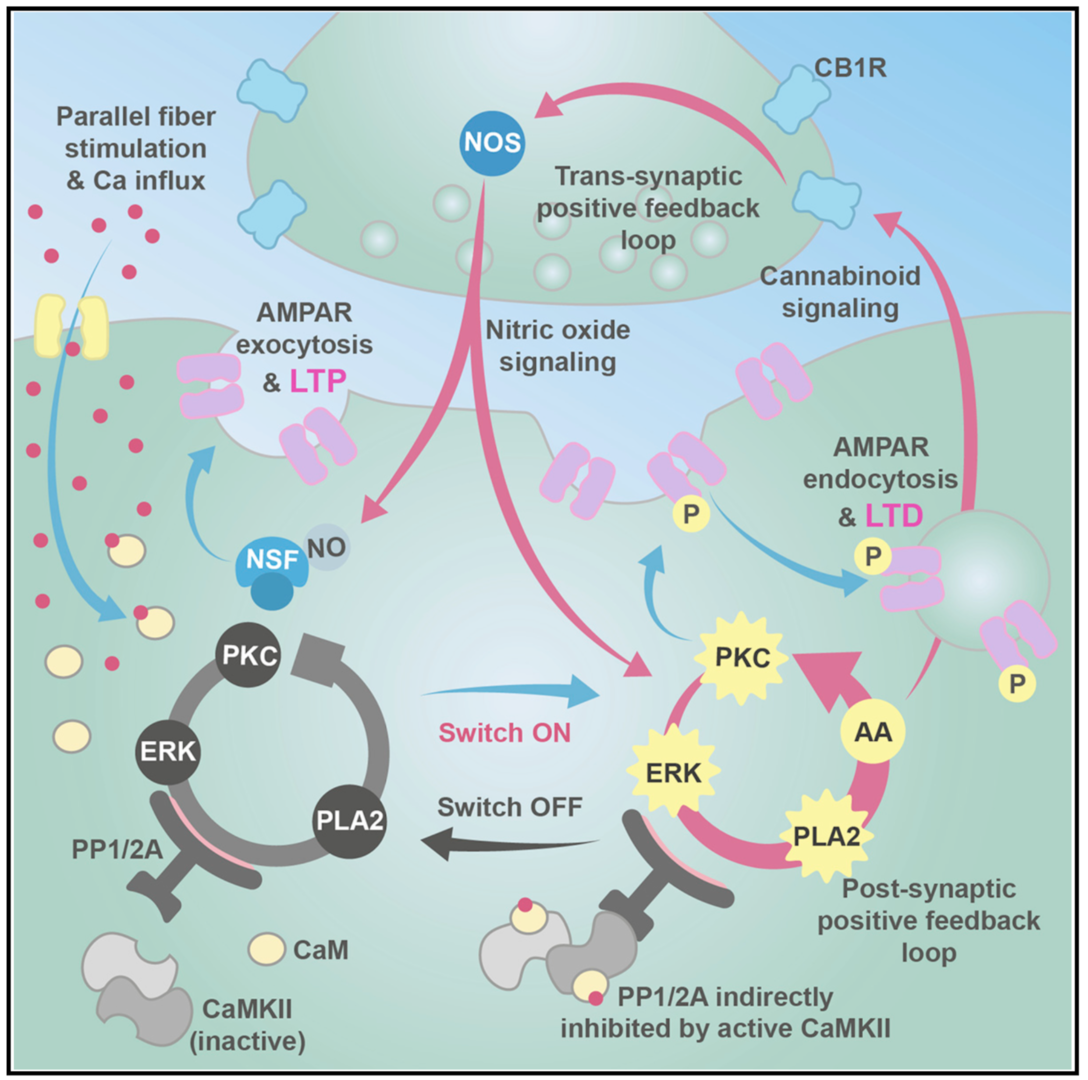 Figure 2: Unified model of LTP and LTD at the parallel fiber to Purkinje cell synapse.  The system is activated by calcium entry which can activate cytosolic phospholipase A2 (cPLA2) leading to the production of cannabinoid 2-arachidonoylglycerol (2-AG) and presynaptic nitric oxide (NO) production, causing N-ethylmaleimide-sensitive factor (NSF)-dependent insertion of AMPA receptors into the postsynaptic membrane and LTP. Alternatively, larger calcium transients activate Ca2+/calmodulin-dependent protein kinase II (CaMKII) and cause LTD. In addition to the signaling pathways we also simulate a simple receptor trafficking model (from Gallimore et al. 2018) 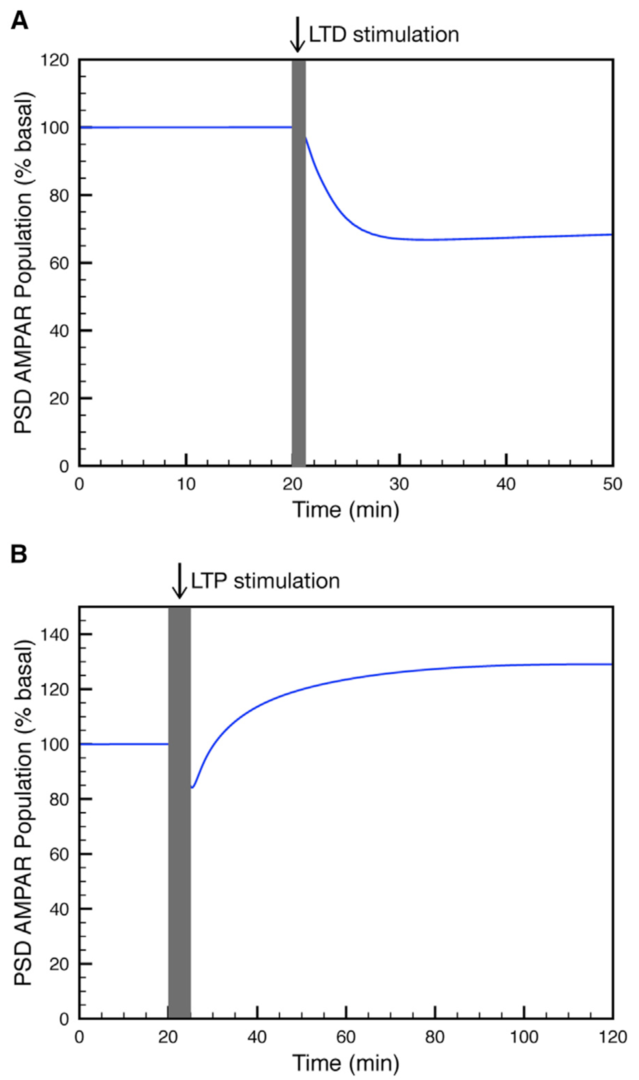 Figure 3: Simulation of (A) LTP or (B) LTD at the parallel fiber to Purkinje cell synapse. (from Gallimore et al. 2018)

Using this model we determined the coordinated pre- and postsynaptic signaling that determines the direction of plasticity. LTP is the default response to parallel fiber stimulation above a well-defined frequency threshold (Figure 3A). However, if the calcium signal surpasses the threshold for CaMKII activation, then an ultrasensitive ‘‘on switch’’ activates an extracellular signal-regulated kinase (ERK)-based positive feedback loop that triggers LTD instead (Figure 3B). This is possible because CaMKII activation leads to the suppression of protein phosphatase 2A (PP2A) which at basal conditions suppresses activation of several members of the feedback loop (Figure 4). 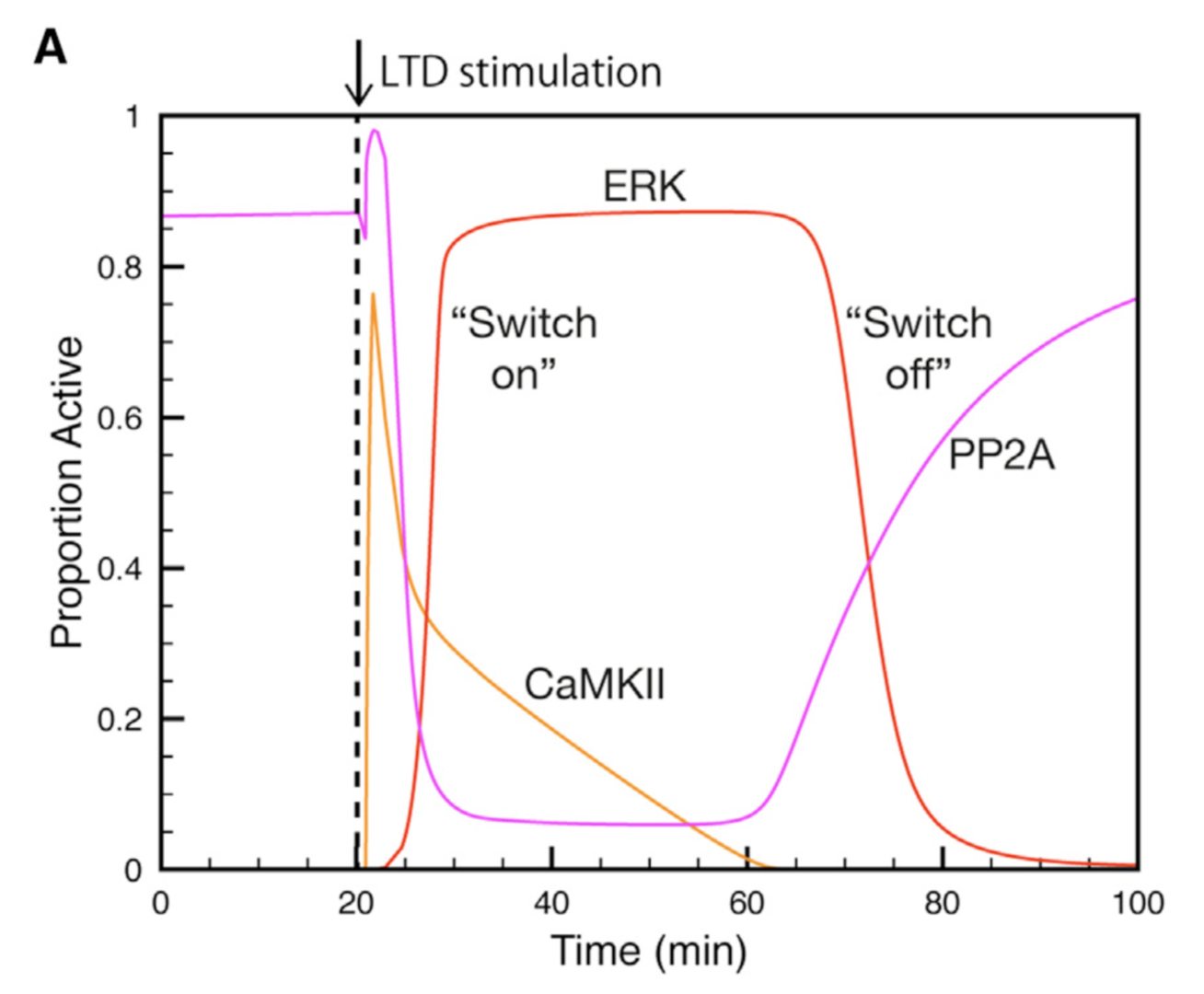 The postsynaptic ERK-based feedback loop is sustained by another, transsynaptic, feedback loop, activated by presynaptic cannabinoid receptors, that maintains nitric oxide production throughout LTD induction (Figure 2). When full depression is achieved, an automatic ‘‘off switch’’ inactivates the feedback loops, returning the network to its basal state and demarcating the end of the early phase of LTD (Figure 4).

The cerebellar granular layer, which mainly consists of granule and Golgi cells, is the first stage of the cerebellar cortex and processes spatiotemporal information transmitted by mossy fiber inputs with a wide variety of firing patterns. To study its dynamics at multiple time scales in response to inputs approximating real spatiotemporal patterns, we constructed a large-scale 3D network model of the granular layer (Figure 5) comprising almost a million neurons and including signficant parallel fiber lengths (Sudhakar et al. 2017). 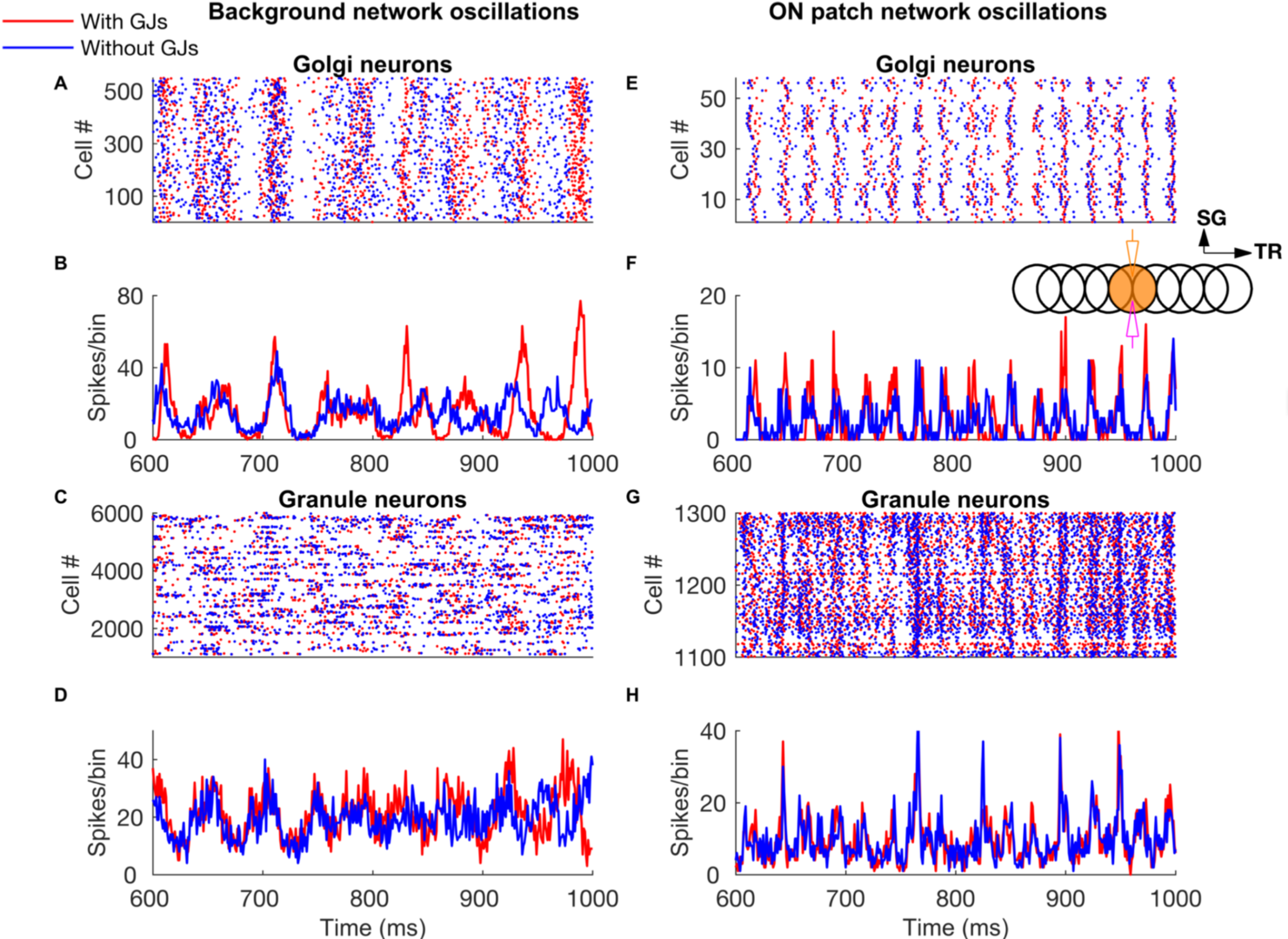 These results substantially enrich our understanding of granule cell layer processing, which seems to promote spatial group selection of granule cell activity as a function of timing of mossy fiber input.