[Online] STEAM for Innovation #1: The Art of Science and Science of Art 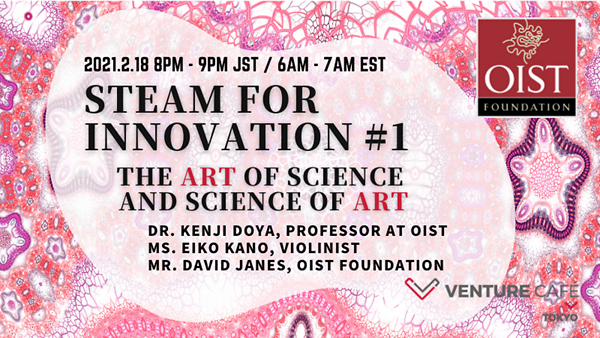 Join the OIST Foundation, the Okinawa Institute of Science and Technology Graduate University (OIST), and Venture Café for a dynamic discussion on how the intersection of art and science can lead to innovation.

Together they will explore the art of science and science of art and ways innovative ideas form via the convergence of these fields.