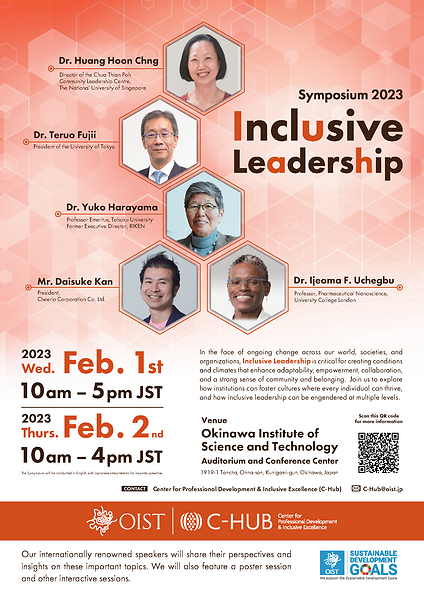 In the face of ongoing change across our world, societies, and organizations, Inclusive Leadership is critical for creating conditions and climates that enhance adaptability, empowerment and collaboration, and a strong sense of community and belonging. This year’s symposium brings us together to explore how the qualities of inclusive leadership can be engendered at multiple levels across our institutions.

We invite participants from Japan and across the world to engage in discussions, inquiry, and strategic thinking to explore how to:

The Symposium will be conducted in English with Japanese interpretation for keynote speeches. 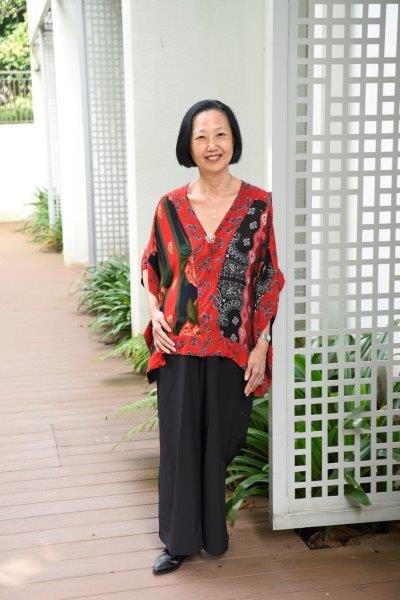 Dr. Chng is the Director of the Chua Thian Poh Community Leadership Centre at the National University of Singapore (NUS) and Associate Professor in the Department of English, Linguistics and Theatre Studies. Dr. Chng has degrees in Linguistics (PhD, University of Texas at Austin) and Philosophy (B.A. Honours, NUS). She has held several academic leadership positions in NUS, including Associate Provost (Undergraduate Education), Director of the Centre for the Development of Teaching and Learning, Assistant Dean (External Relations, FASS), and Deputy Director of the American Studies Centre. Dr. Chng has served on the Board of Directors of the International Society for the Scholarship of Teaching and Learning (ISSOTL) since 2018, first serving as Regional Vice President for AsiaPacific and then on the Presidential team (2019-2022). Dr. Chng has established a related education network in Asia called SoTL-Asia.

Dr. Chng divides her time between academic administration and teaching, and has resumed teaching undergraduate students from 2021. Dr. Chng is currently teaching a Senior Seminar called “How would YOU lead?” at NUS.

Her most recent papers include “One Singapore Institution’s Evolution from Service to Partnership: A Case Study” (2021, with KC Lee) in Student Support Services, University Development and Administration (H. Huijser et al., eds.); “Undergraduate research in the university curriculum: An institutional perspective”, (with 2021, Wu Siew Mei), in Patrick Blessinger and Nancy Hensel (eds.), International Perspectives on Undergraduate Research: Policy and Practice; and “Leading change from different shores: The challenges of contextualizing the scholarship of teaching and learning” (with Katarina Mårtensson and Brenda Leibowitz, Teaching & Learning Inquiry, 2020). Dr. Chng has served on numerous academic journal boards over the years, including the International Journal for Academic Development (IJAD); Asian Journal of the Scholarship of Teaching and Learning (AJSoTL); and International Journal of Students as Partners (IJSaP). Dr. Chng is currently on the Editorial Board of Teaching and Learning Inquiry (TLI) and also currently serves as a SoTL consultant for Ashesi University in Ghana (2021-2022).

President of the University of Tokyo 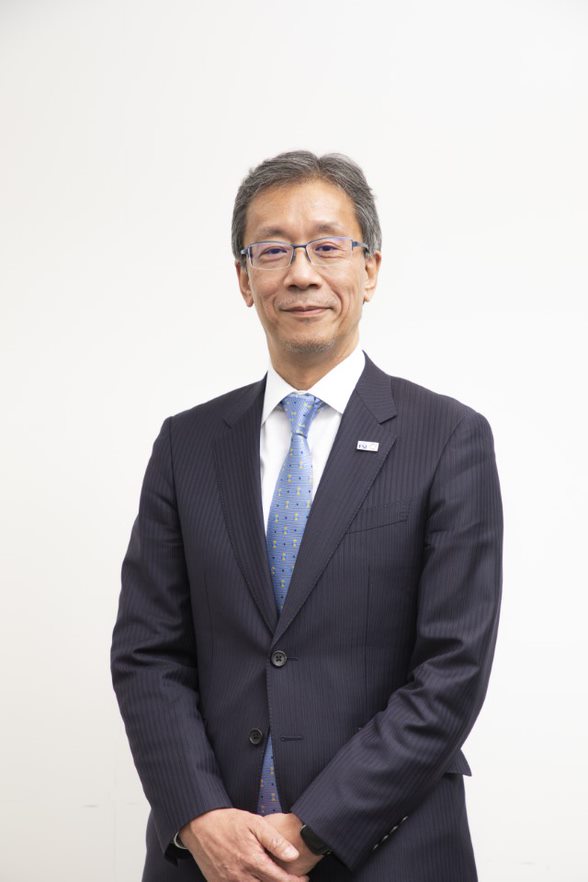 Dr. Teruo Fujii became the 31st President of the University of Tokyo (UTokyo) on April 1, 2021, with a six-year term. He was previously the Executive Vice President in charge of finance and external relations for the university. He also served as the Director General of the Institute of Industrial Sciences (IIS) of the university from 2015 to 2018. He received his Ph.D. in engineering from UTokyo in 1993 and held research positions at IIS and RIKEN prior to becoming a professor of IIS in 2007.

When he assumed the presidency, Dr. Fujii set up his new executive board with female members filling more than half of its capacity, which was the first case in Japanese national universities. In UTokyo Compass, the basic guiding policies of the university, promoting "Diversity and Inclusion” is raised as one of the core values. In May 2022, he was appointed as the Chair of the University Working Group of 30% Club Japan, which is a global campaign taking action to increase the proportion of women in key decision-making bodies. He is promoting the advancement of diversity and inclusion through cooperation between universities and industry.

Dr. Fujii has served as an Executive Member (part-time) of the Council for Science, Technology and Innovation, Cabinet Office, Government of Japan since March 2021. He was also an advisor to the Ministry of Education, Culture, Sports, Science and Technology (MEXT) from 2005 to 2007, co-director of LIMMS-CNRS/IIS, a joint research laboratory between CNRS of France, and IIS, from 2007 to 2014, and the President of Chemical and Biological Microsystems Society (CBMS) from 2017 to 2019. And he is the Chair of the Subdivision on Ocean Development of the Council for Science and Technology (MEXT) from 2019 to the present. 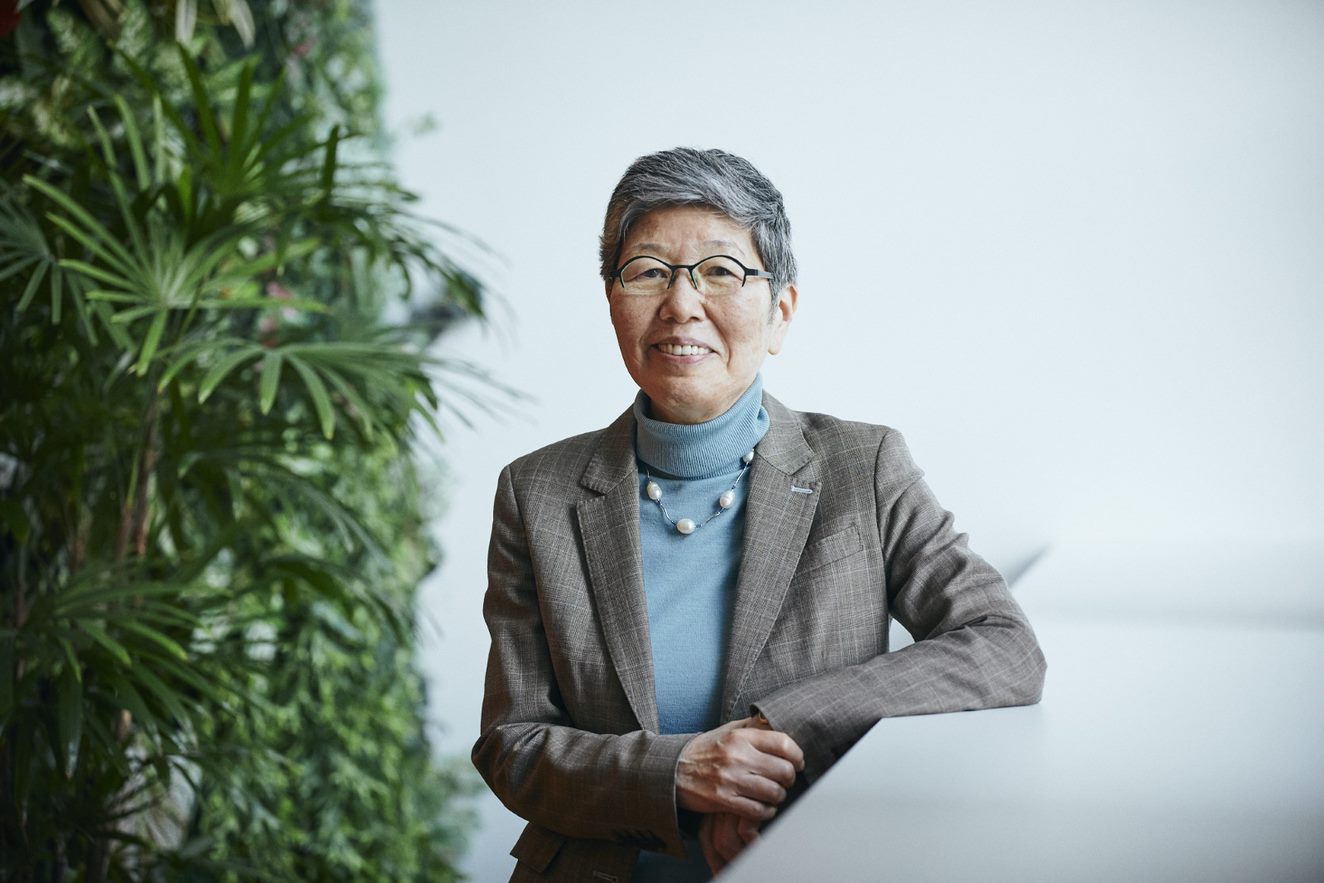 Dr. Harayama is a former Executive Director at RIKEN in charge of international affairs, promotion of young researchers, and diversity. At RIKEN, she was instrumental to launch an annual RIKEN-wide gathering “Diversity Day”, to create “Diversity Award”, and to initiate a project called “Envisioning Futures”, with the aim to create a collection of oral history interviews of distinguished female researchers, funded by the Elsevier Foundation. Prior to joining RIKEN, Dr. Harayama spent five years at the Cabinet Office of Japan as an Executive Member of the Council for Science, Technology and Innovation (CSTI), two years at the OECD as the Deputy Director of the Directorate for Science, Technology and Industry (STI), and ten years at the Graduate School of Engineering of Tohoku University as a professor of Science and Technology Policy. Her experience prior to Tohoku University includes being a Fellow at the Research Institute of Economy, Trade and Industry (RIETI) in Japan and an Assistant Professor in the Department of Political Economy at the University of Geneva.

Dr. Harayama holds a Ph.D. in Education Sciences and a Ph.D. in Economics both from the University of Geneva. She has received Chevalier de la Légion d'honneur in 2011 and was awarded honorary doctorate from the University of Neuchâtel in 2014. She is an International Fellow of the Royal Swedish Academy of Engineering Sciences and a Foundation Fellow of the International Science Council. 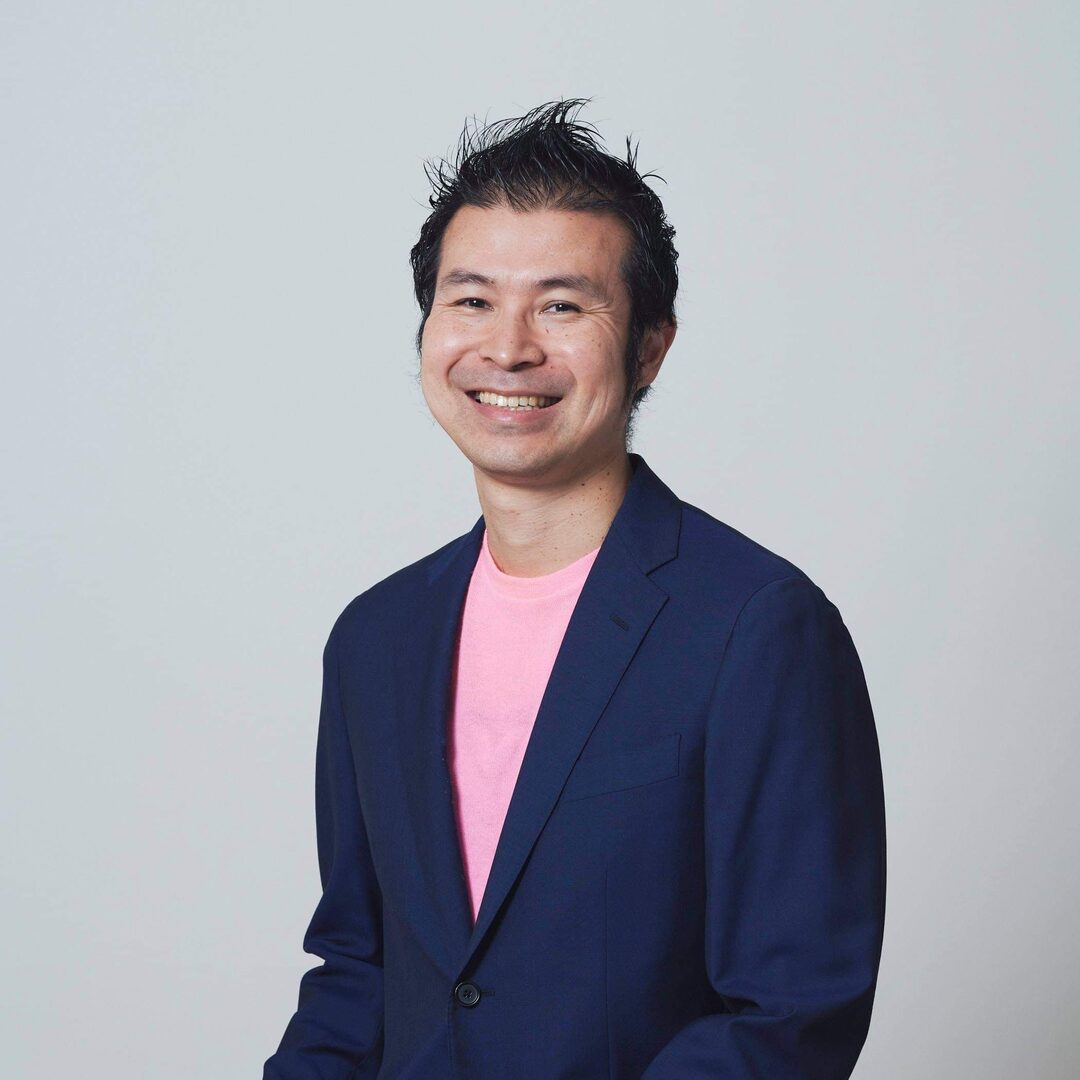 Mr. Kan is the president of Cheerio Corporation CO. LTD, a well-known Japanese beverage company specializing in carbonated and energy drinks. Founded in 1961. Cheerio has a successful track record in refashioning and branding products to anticipate tastes and trends.

In 2020 Kan took the reins of the company started by his grandfather Sadato Kan and further advanced by his father Haruki Kan when he became president in 1981. Mr. Kan currently serves as a Board Member of the Japan Soft Drink Association to strategically coordinate the industry’s sustainable development. As an emerging corporate leader Mr. Kan is exceptional in his dedication to the virtues of entrepreneurship and committed to promoting its concepts and methods to Japan. Mr. Kan is a widely known proponent of corporate engagement in broad societal issues, especially encouraging the implementation of the principles of diversity, equity and inclusion.

Kan’s current activities, both personal and as leader of his corporation, reflect his demonstrable dedication to diversity, equity, and inclusion. Notably he serves on the Board of Councilors of the Okinawa Institute of Science and Technology (OIST) where he is Chair of the Sustainable Development of Okinawa (Business) Committee. Mr. Kan is also a Senior Advisor to SKY Labo, an organization that promotes equity in STEAM education for junior and senior high school girls. He recently joined Hitotsubashi University Business School, School of international Corporate Strategy as Advisor for the Dean. Mr. Kan has been an active supporter of LGBTQ rights and recognition and Cheerio has been the top sponsor of Tokyo Rainbow Pride since 2014. Mr. Kan joined the United States-Japan Foundation’s leadership program, USJLP, in 2014. Mr. Kan currently serves a Co-Chair of the Program’s Fellowship Advisory Council. Since joining, he has been exceptionally active,  initiating  projects, enlisting other USJLP Fellows in a range of outreach activities, and being a key advisor on Program governance. Mr. Kan is also a fellow at Asia Society’s Asia 21 Young Leadership Program since 2011 and currently serves as Board Member of the Asia Society Japan Center.

Mr. Kan received his BA in American Studies from the University of Tokyo (2005) and an MBA from Stanford University’s Graduate School of Business (2007). He currently serves as president of the GSB Alumni Association Japan Chapter. 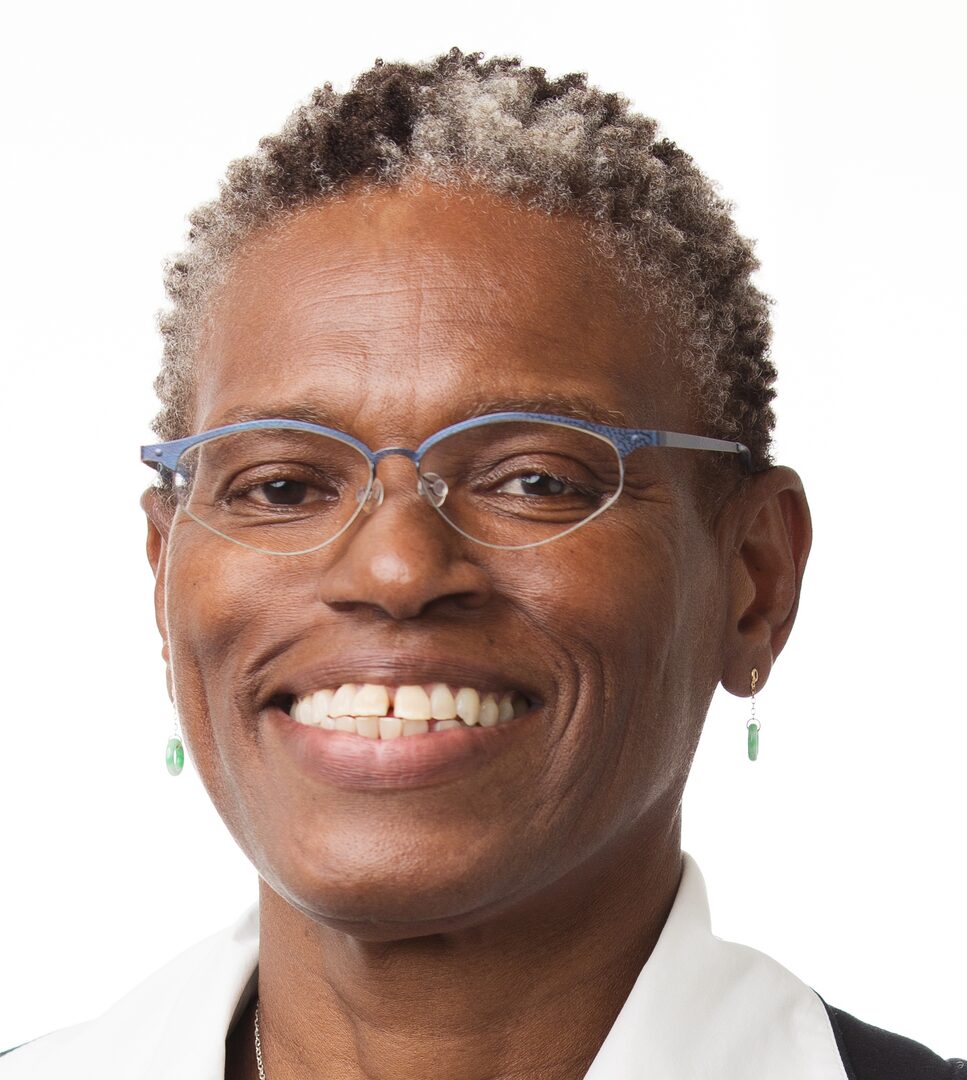 Dr. Uchegbu FMedSci is UCL’s Professor of Pharmaceutical Nanoscience, a fellow of the Academy of Medical Sciences, an honorary fellow of the Royal Society of Chemistry, a governor of the Welcome Trust (one of the largest biomedical sciences research charities in the world) and Chief Scientific Officer of Nanomerics Ltd, a UCL spin out company. Dr. Uchegbu is the immediate past UCL Pro Vice Provost for Africa and the Middle East and in this role Dr. Uchegbu led on the international research and teaching engagement strategy in this region.  She has served as Chair of the Academy of Pharmaceutical Sciences and chaired EPSRC and Science Foundation Ireland grant prioritisation panels. Dr. Uchegbu is the immediate past UCL Provost’s Envoy for Race Equality, a role in which she led on race equality work at UCL. Her initiatives (e.g. Dean’s Pledges on Race Equality) were instrumental in achieving UCL’s Bronze Race Charter in 2020.  Uchegbu’s work (2015-2021) as the Provost’s Envoy for Race Equality was associated with a year-on-year increase in Black, Asian and ethnic minority staff in senior pay grades and a year on year reduction of the Ethnicity Awarding Gap in 30% of UCL’s faculties. Dr. Uchegbu has also presented to the UK House of Commons on the educational racial disparities that lead to a lack of ethnic minority representation in scientific research [1].

Within her laboratory, Dr. Uchegbu has studied the mechanisms of drug transport across biological barriers and created transformational drug transport nanoparticles.  She was the first to show that peptides could be delivered across the blood brain barrier to elicit a pharmacological response, when presented as peptide drug nanofibers and the first to demonstrate, via definitive pharmacology and pharmacokinetics evidence, peptide transport into the brain, using peptide nanoparticles delivered via the nose to brain route. These findings led to the enkephalin pain medicine candidate Envelta™, which was designed to address the opioid crisis.  In preclinical studies, Envelta™ showed no analgesic tolerance, reward seeking behaviour or potential to cause significant constipation.  Envelta has been out licensed to Virpax Pharmaceuticals (NASDAQ:VRPX) and is currently being developed by the US National Center for Advancing Translational Studies. If successful, this will be the first neuropeptide medicine approval and it will have been made possible by the innovation originating in Uchegbu’s group.

The technology underpinning Envelta™ won first prize in the Royal Society of Chemistry’s Emerging Technologies competition in 2017 and the Academy of Pharmaceutical Sciences Science Innovation Award in 2016. Three other medicine candidates based on this nanotechnology have been out-licensed to pharmaceutical companies in the US.  Uchegbu’s work has been funded continuously for 21 years by the EPSRC and she serves on the BBSRC Council.

*Accommodation of Disability - We aim to organize a conference where attendees can participate with as few challenges as possible. If you are in need of accommodations, please indicate so during the registration. Note that requests for accommodation can be considered only if registration has been completed by November 30, 2022 and appropriate details were provided in the registration.