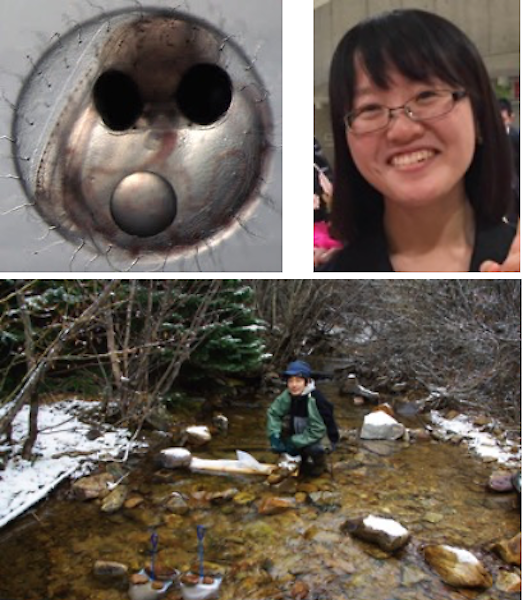 The Biodiversity and Biocomplexity (Economo) Unit would like to invite you to a seminar, “Three talks on Ecotoxicology,” by Prof. Shosaku Kashiwada, Dr. Yuichi Iwasaki, and Ms. Chisato Kataoka.

Title: Glycobiology as a New Field of Ecotoxicology

Healthy embryogenesis is attributed to completed glycosylation. Silver nanomaterials such as silver nanocolloids (SNCs) are concerned about environmental pollution and ecological adverse effects on aquatic organisms. We revealed SNCs exposure induced morphological deformities in medaka embryos. Glycan relative genes b4galt2, b3gat1 and b3gat2 have been known to be essential for embryogenesis in medaka. In exposure of SNCs to medaka embryos, shortened body, undeveloped head and eyes were observed as well as disorder of expression glycan relative genes. Therefore, we assumed that SNCs exposure may damage on glycan/glycosylation, and then resulted in embryogenesis disruption. From medaka DNA microarray analysis, we chose gns and alg2 as target of SNCs toxicity. Both genes are respectively known to be relative to human diseases. As a result of qRT-PCR analysis, gene expression levels were altered stage-dependently and the degree of effects were more severe in earlier stages. This study revealed that SNCs exposure caused embryonic malformations through disruption of glycan relative genes expression in medaka embryos.

A Talk by Dr. Yuichi Iwasaki,

Title: Observed lower concentrations of metals in liver and muscle of Japanese dace in a historically contaminated river

Accumulation of metals in aquatic species has been well studied to evaluate levels of pollution and of the exposure of study organisms. The Watarase River, running through the northern Kanto region of Japan, has historically been severely polluted by heavy metals discharged from mining activities. We investigated metal accumulation (Cu, Zn, As, Pb, Cd, and Fe) in liver and muscle samples of Japanese dace, Tribolodon hakonensis (Cyprinidae) collected from two lowland sites in the Watarase River and the Omoi River (a nearby unpolluted river), as well as the metal concentrations in water. Although the concentrations of metals including Cu and Zn in water samples have fallen dramatically in the Watarase River since the 1960s, dissolved concentrations of metals (particularly, Cu, As, and Cd) at the study site in the Watarase River were higher than those in the Omoi River. In contrast to the relative contamination level, the concentrations of many metals in liver and muscle tissues of dace sampled from the Watarase River were significantly lower than or similar to those from the Omoi River. Our findings suggest that the metal accumulation pattern in field-collected organisms, which is often used to infer ecological impacts and levels of contamination, is not a simple function of environmental concentrations, particularly at sites with low levels of metal contamination.

A Talk by Ms. Chisato Kataoka,

In this study we estimated immunotoxicity of silver nanocolloid (SNCs), which is one of silver nanomaterials, using medaka. To investigate exposure effects of SNCs on medaka immune responses, medaka embryos (developmental stages 11, 21, and 30) were exposed to 0.05 mg/L of SNCs until hatching. Post-hatched larvae (stage 40) were also exposed for 7 days. Adult (5 mouth old) were exposed to 0.05 mg/L of SNCs for 24 hours. Exposed eggs, larvae, or adult were subjected to qRT-PCR analyses of immune relative genes, such as nuclear factor kappa B (NFκB) p105 and NFκB p100, and tumor necrosis factor α (TNFα).  In case of exposure from stage 11, NFκB p105 was suppressed and other two genes (NFκB p100 and TNFα) were enhanced compared with control. In exposure from stage 21, the three gene expressions were all enhanced. From stage 30, stage 40, and adult, the three gene expressions were all suppressed. Eggs exposed from stage 21 were subjected to whole mount in situ hybridization on day 3. Enhanced NFκB p105, NFκB p100, and TNFα genes were detected at pectoral fins and head; at a liver and intestinal tract; and at ducts of Cuvier and a heart, respectively. To see exposure effects of SNCs on medaka tolerance to pathogenic bacteria, medaka embryos, larvae, and adult were treated following four conditions; (i) control, (ii) SNC exposure, (iii) pathogenic bacteria (Edwardsiella tarda) infection, (iv) SNC exposure and E. tarda infection. After that survival ratios were counted for 10 days. Under non-infected condition, all medaka were survived despite SNCs exposure. Regarding to embryos and larvae under E. tarda infected condition, there are no significant difference in survival ratios regardless of SNCs exposure. However, regarding to adult under E. tarda infected condition, survival ratios were reduced to 20% by SNCs exposure.

We hope to see many of you at the seminar.

The Biodiversity and Biocomplexity (Economo) Unit​