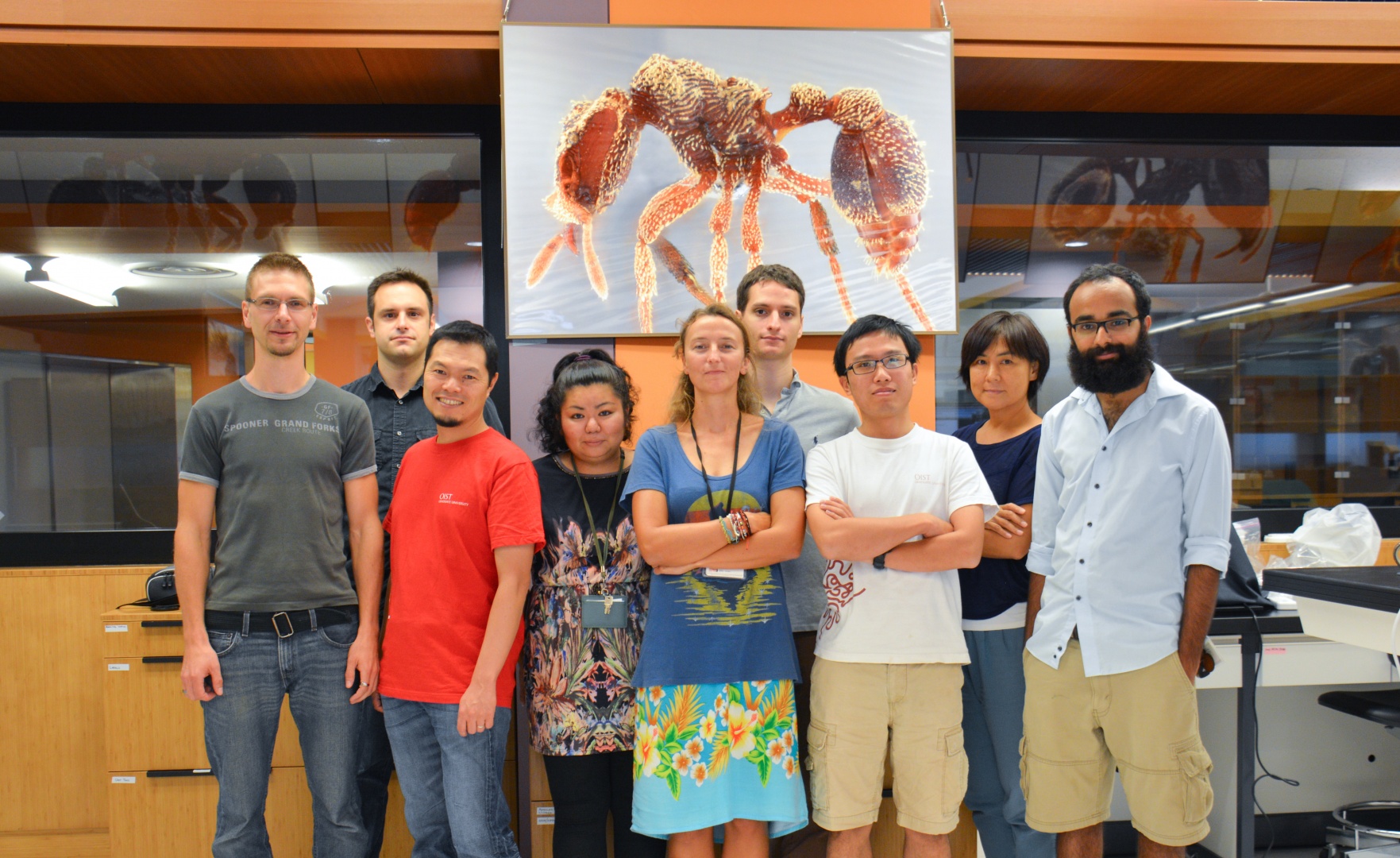 FY2013 was the first full year of operation of our unit at OIST. Our lab seeks to understand how ecological and evolutionary processes interact to generate and regulate biodiversity across spatiotemporal scales and levels of biological organization.  Living systems are diverse from gene sequences to organismal morphology to communities and ecosystems.  Our goal as biologists is not just to document and catalogue this diversity, but understand the complex interactions and dynamics that generate and sustain biological variation.  The majority of research in FY2013 concentrated in three areas; our project on the evolution of the hyperdiverse genus Pheidole, and our “Global Ant Biodiversity Informatics (GABI)” project which focuses on compiling analyzing global distributions of past and present ant biodiversity, and initiation of a high-throughput ecological genomics pipeline to study high-throughput phylogenetics and population genomics.  Other ongoing projects include biodiversity theory, 3D morphometrics, and complex systems research. 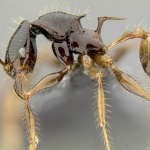 This project is a collaboration between OIST and U. of Michigan, funded by the National Science Foundation (USA).  The first phase of the project, now completed, was to generate a well-resolved phylogeny of the genus with representative taxa from around the globe, and more comprehensive sampling from our main area of interest; Indo-Malaya and Melanesia.  Our molecular dataset now includes over 1300 individuals from over 500 species from around the globe.

In a parallel effort, we have created several datasets that complement the phylogenetic dataset and will be used for comparative analysis.  In our lab at OIST, we imaged over 1000 specimens with standard views.  We developed a system of geometric morphometric landmarks and a suite of discrete and continuous character data, and recorded data for all species in our study.  In addition, we have compiled a comprehensive database of distributional data for species in the genus.  In FY2013 we used these datasets to test integrated hypotheses for the joint evolutionary dynamics of morphology, ecological habit, and biogeographic distribution in the genus.  This work is currently in the revision stage and will be published soon. 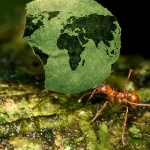 Our understanding of large-scale biodiversity patterns is strongly biased towards a few groups of vertebrates and plants, while at the opposite, studies on insects, by far the most diverse organisms, are scarce. To address this gap in our knowledge, the Global Ant Biodiversity Informatics project (GABI) aim to compile over 200 years of ant research into a single database providing distribution information for all ant species. This will allow assessing our current knowledge, and to predict present and future distribution of all species; and when combined, analyze ant diversity across large scales. Questions relative to the ecological and evolutionary patterns of ants will be addressed at the light of the distribution of other organism groups, gradients of environmental factors or of specific biological traits (e.g. size).  In FY2013 we completed the compilation phase of this dataset, which now consists of over 1.3 million ant occurrence records.  We are currently using these data for analyses of global patterns of diversity, endemism, and diversification rate. 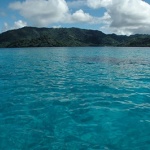 In FY2013 we continued our projects on Indo-Pacific ants.  Lab members Benoit Guenard, Cong Liu, and Benjamin Blanchard made a collecting trip to Xingshuabanna, China and discovered a specimen of the rare ant genus Bannapone (Guenard et al. 2013). Other collecting trips were conducted in Japan and Indonesia.  Cong Liu, PhD student in the unit, will be doing his research on community ecology and community genetics of these ant communities.  This raw biodiversity information is being combined with existing data on species records generated in the GABI project and genetic data from the genomics pipeline described below to test theories and hypotheses about community assembly and diversity regulation.

In collaboration with the Mikheyev unit here at OIST, in FY2013 we initiated a major initiative to setup a high-throughput population genomics pipeline.  The pipeline will combine sample processing and curation, molecular methods and lab automation, next-generation sequencing, and bioinformatics.  The data will be used to rapidly generate phylogenies and population genomics data from field samples.  This is intended to be the first phase of a broader initiative at OIST to setup an Environmental Observation Network to study the natural environment, especially of the Ryukyu region.  FY2013 was mainly a planning phase for this project, with implementation ramping up in FY2014.

Since the earliest biological studies, description and quantification of biological structures has been a basic goal of biology as well as a first step toward deeper understanding of ecological and evolutionary processes.  In Entomology, the primary imaging tools have traditionally been optical microscopy and SEM, which are essential for certain tasks and allow us to see complex structures well. But these are limited in our ability to quantitatively 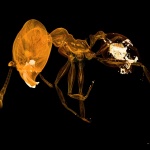 characterize complex shapes, surfaces, and textures.  X-Ray CT has the potential to complement existing tools by providing a digital 3D image of the interior and exterior of the organism.  These images can be manipulated, dissected, measured, and quantified.  We have been developing imaging and post-processing techniques to better quantify the functional morphology of ants, including both external and internal structures.  In FY2013, we led the procurement and installation of an Zeiss X-Ray Microscope as a common resource at OIST and have initiated a project to develop a database of 3D ant tomograms.  We have since been developing post-processing routines to filter, segment, and quantify the images.  In FY2014 we hope to build our database of scanned specimens and begin using them for comparative and functional ecological studies.

We continue our work developing theoretical approaches to understanding biodiversity dynamics.  In FY2013 we continued work on network models of spatial biodiversity processes, and applications to diversity dynamics in general across social and biological systems. We are also working on new statistical methods for inferring processes in island biogeography.