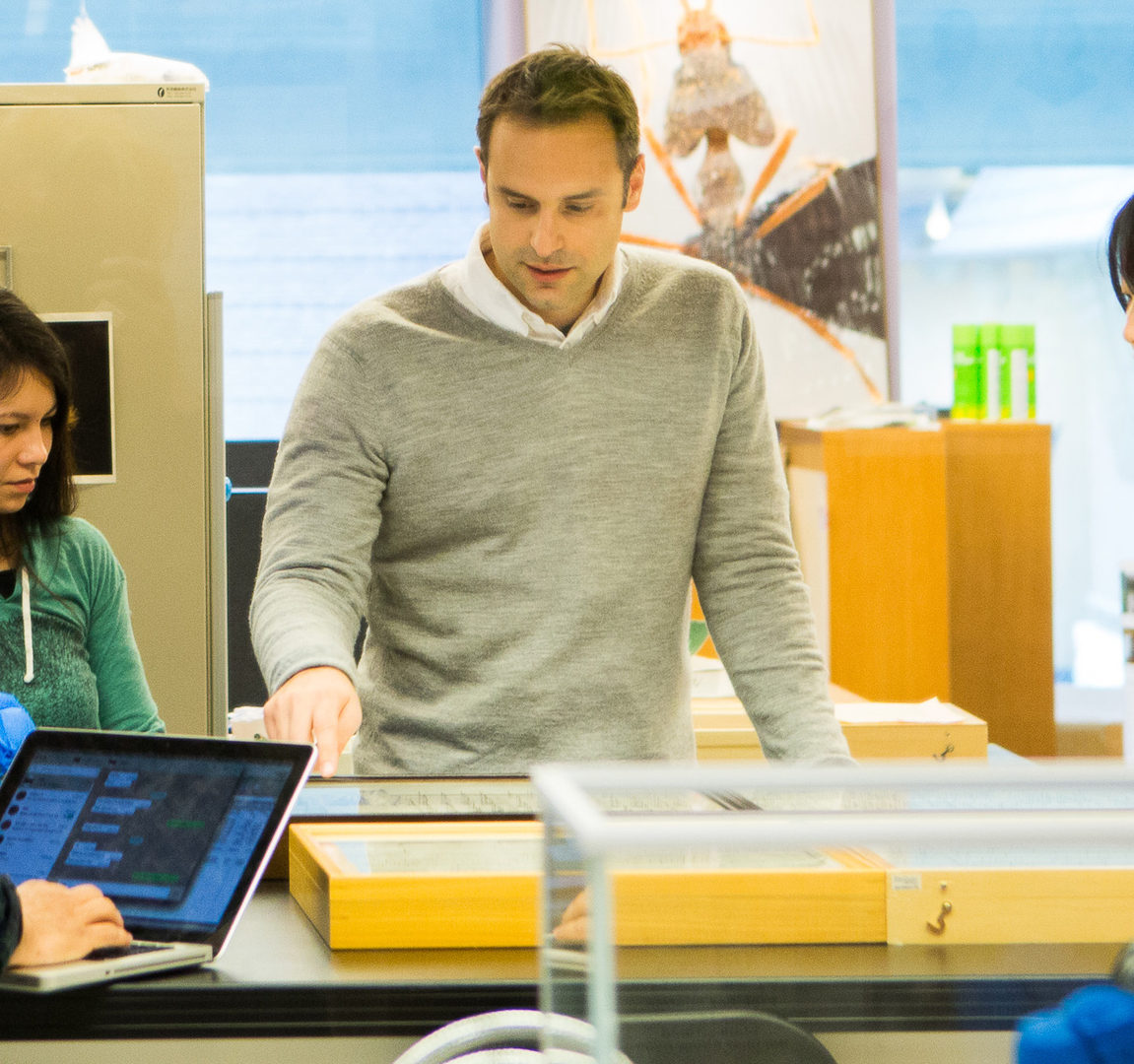 Our lab seeks to understand how ecological and evolutionary processes interact to generate and regulate biodiversity across spatiotemporal scales and levels of biological organization. Living systems are diverse from gene sequences to organismal morphology to communities and ecosystems. Our goal as biologists is to document and catalogue this diversity and understand the complex interactions and dynamics that generate and sustain biological variation. Towards those ends, we integrate a variety of approaches including quantitative theory, phylogenetics, high-performance computing, ecoinformatics, morphometrics, field sampling, and taxonomy. Our research is strongly rooted in biodiversity collections, and the lab manages a research collection of approximately 30,000 ant specimens.   If you are interested in joining the lab as a grad student, postdoc, or in some other capacity, please contact economo@oist.jp.

Our understanding of large-scale biodiversity patterns has recently increased dramatically, but available information is strongly biased towards a few groups of vertebrates and plants.  Biodiversity patterns in invertebrates, such as insects, are poorly documented despite representing the large majority of species. To address this gap in our knowledge, the Global Ant Biodiversity Informatics (GABI) project has compiled over 250 years of ant research into a single database providing distribution information for all ant species.  The database currently has about 1.6 million occurrence records and can be visualized on our newly developed site, antmaps.org.  GABI is a collaboration between the Economo lab and Benoit Guénard, a former lab postdoc who is now an Assistant Professor at the University of Hong Kong.

These data can be used to support all kinds of research and are being used somehow in most of our ant projects.  However, the two main analyses we are working on with these data are analyzing global ant diversification patterns across the globe, and a comparison of how global patterns of ant endemism compare with vertebrate groups.

Ants are among the most ubiquitous and ecologically dominant animal groups. Over millions of years, ant biodiversity has evolved and transmitted across the vast network of Pacific islands.  More recently, humans have unintentionally introduced many species from around the globe into the Pacific. We seek to understand the historical and contemporary processes that regulate ant biodiversity over time.  Towards that end, work in our lab has ranged from basic taxonomy, collection, and curation to testing synthetic theory. Recent work has focused on the Fijian ant fauna, including both a book monograph on the Ants of Fiji, and a series of papers on the biogeography and systematics of the region.  Even more recently we have been broadening out to consolidate data and test theory across the entire Pacific. Ongoing work is focused on applications of population genomic methods to understand the assembly dynamics of ecological communities using new sequencing technologies.

Over evolutionary time lineages evolve in and out of ecological niches, evolve through morphological spaces, and ranges expand and contract in geographic space.  These transitions may not be independent, some phenotypes may be better suited to certain ecological habitats, some habitats may promote dispersal and colonization, and colonization of new geographic areas may lead to ecological niche shifts.  These ideas form the basis for integrative hypotheses like the taxon cycle.  In collaboration with Lacey Knowles' lab at the U. of Michigan, we have an NSF funded project to examine the joint dynamics of these transitions in the famously diverse ant genus Pheidole, which contains over 1000 described species and is the dominant ant genus in many tropical ecosystems worldwide.  We have reconstructed a new global phylogeny of the genus and used it to analyze the macroevolution and macroecology of the genus, with particular attention to the Old World.  In addition, we have developed novel quantitative methods for testing complex biogeographic theory such as the taxon cycle, and are doing more focused studies on Pheidole radiations in Madagascar and the New World.

Following these efforts, we have recently initiated new phylogenomics projects to perform similar global analyses of the macroecology/macroevolution of two other hyperdiverse Myrmicine genera: the leaf litter predator genus Strumigenys  (led by Doug Booher) and the ecologically generalized Tetramorium (led by Paco Hita Garcia).  Going forward, our main approach to these analyses is to use our high-throughput RAD-seq phylogenomic sequencing combined with with large-scale macroecological data from the GABI dataset, in combination with other morphological datasets.

Ecological and evolutionary processes often occur in a spatially complex environment, whether it is an archipelago of islands, patches of forest in a fragmented landscape, or a system of streams in a watershed.  This spatial structure appears on scales of meters to the sizes and arrangements of continents and interacts with biological processes on all of these scales.  Network theory offers a tool for representing the complex patterns of connectivity between ecosystems.  Our work is focused on how the structure of these networks interact with biodiversity dynamics, and how their widespread deconstruction by humans may affect biodiversity.  We also have interest in other areas of theoretical ecology and evolution, and have recently been focusing on increased connections of population genetic and ecological theory with regards to community dynamics.

Biology is rapidly being transformed by advances in technology such as genomic sequencing, mass spec, remote sensing, etc., but perhaps the oldest fascination of biologists, the study of organismal shape, has mostly not benefited from this revolution.  We became interested in the potential of X-Ray micro-computed tomography through our studies on ant evolution and taxonomy, and we led a successful procurement of an x-ray scanner at OIST.  We are excited about the potential for micro-CT for studying the evolution and functional significance of organismal morphology.  Furthermore, we’re interested in using the technology to build 3D digital biodiversity collections.  You can interact with some of our 3D models on Sketchfab.

With several other units here at OIST, we have led an institutional effort to establish a long-term ecological monitoring network on the island of Okinawa, with a strong citizen science component. We call this the OKEON Chura-Mori Project (OKEON stands for the OKinawa Environmental Observation Network, and Chura-Mori means beautiful forest in Okinawan dialect).  This project involves intensive sampling across 24 field sites in Okinawa including a malaise trap survey, acoustic monitoring, camera trapping, and other environmental data logging. Some of these sites are run in coordination with local museums and high schools.  This has collected over 5 million arthropod specimens thus far, and initiated long term data collection in space and time.  Recently, we have been working with the Okinawa Prefectural Government to use this system to monitor the spread of invasive species, including dedicated sampling in port areas, and with particular attention to preventing and planning for the arrival of fire ants.  This project has a strong community collaborative aspect and is a platform for interaction and collaboration between OIST researchers and the general public.  See more at the OKEON Chura-mori website.

Biological systems are only one type of complex system where diversity plays an important role. Humans are immersed in worlds of diversity, in the words we speak, the objects we create, the food we eat, and the ideas we think. As in biological systems, this informational diversity evolves and decays as it flows through transmission networks. In collaboration with Scott Page at the University of Michigan, we are exploring connections between biological and social/economic theories of diversity.