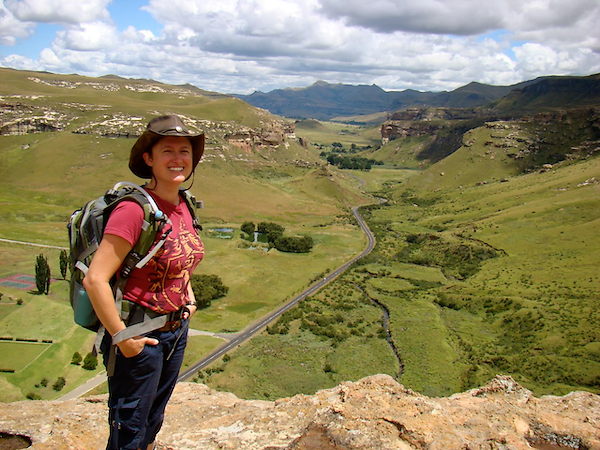 Title:
Risk and co-existence: How small mammals respond to environmental and anthropogenic change

Abstract:
Small carnivores and primates often exploit human-modified habitats, experiencing both risk and reward in these novel environments. Using Giving-Up Densities experiments, we can examine wild animals’ risk-sensitive foraging and decision-making. In primates, we would expect risk response to vary across height and distance from safety (i.e., trees), while terrestrial species like small carnivores may respond to distance from cover and changes in general visibility (i.e., ambient light). We can further describe risk responses by presenting animals with novel objects – items that represent an ‘unknown’ element. Responses to novelty (neophilia) and potential risk may be linked to individuals’ cognition abilities, but evidence supporting this link is equivocal. We used GUD experiments and assessments of neophilia to describe risk responses in wild samango monkeys (Cercopithecus albogularis spp.) and habituated bat-eared foxes (Otocyon megalotis) in South Africa. Both of these species occur in human-modified environments, and both species are persecuted or mistaken for “vermin”. Firstly, we confirmed a vertical axis of fear in samango monkeys, with higher positions in the tree conferring relative safety to individual monkeys. In an area with many natural predators, however, observers acted as “shields” against predators, with monkeys eat more food in high-risk (ground-level) patches when humans were nearby. By contrast, gardens were perceived to be more risky than indigenous forest in Hogsback (a montane village in South Africa), and monkeys would preferentially feed in the safer forest, if food sources were made available. Finally, samango monkeys exhibited a spatially complex response to novel objects: in contrast to other species, exploration diversity decreased significantly in anthropogenic environments, even as persistence remained largely static. Monkeys also exhibited foraging innovations by pulling on strings to bring objects closer, presumably to reduce exposure to danger. By contrast, features of the microhabitat (such as distance to cover) did not influence GUD in bat-eared foxes, but – similarly to samango monkeys – foxes appeared to perceive an increase in relative safety in the presence of humans. Giving-Up Densities were higher during periods around the new moon. Vigilance, however, did not vary with these same factors. Observational data revealed that foraging success outside the experimental context did not differ with lunar period, implying that higher GUDs associated with new moons were not due to higher missed opportunity costs associated with foraging at patches. These two studies, spanning two years each, highlight high flexibility in the expression of foraging and problem-solving behaviors amidst variation in human and non-human threats. Such flexibility is presumably a selective advantage for small carnivores and primates that try to exploit the potential rewards available in human-modified habitats.