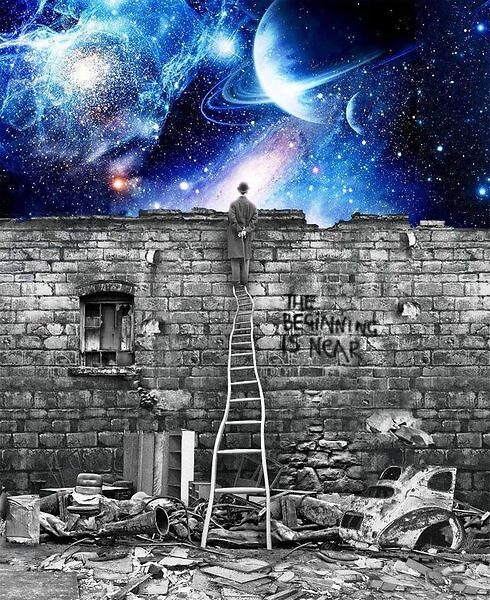 This is the 30h biweekly session of the OIST Theoretical Physics Seminar.
In this seminar series, we pretend to have a theoretical physics department, and tell each other informal stories over drinks and snacks.
Except no drinks and snacks, because people stopped consuming them for some reason. If you want them back, let me know.
And except this time it's definitely not physics. Whatever Eliot may be, a physicist he isn't.

Classical fluid mechanics begins with the premise, often tacit, that, for a spatial observer, particles of the fluid body move with a velocity field whose gradient is regular and produces regular, deterministic, time-changing stretching, shearing, and vorticity. When it comes to describing turbulent motion, however, averages are introduced to model the phenomenon, to interpret the highly singular and scaled structural observations, and to build a dependable, predictive theory. It seems natural that a viable theory of turbulent motion might be related to the idea of incompatibility in the sense that as the velocity gradient of a flow intensifies locally, the related stretching, shearing, and vorticity become so pronounced that a smooth and continuous flow can no longer be sustained. As a consequence, the velocity gradient may develop an incompatible part, not expressible as the gradient of a vector field, which supports the manifestation of local defects and embodies structural changes in the fluid motion at the macroscopic scale.

To affect this idea, we decompose the velocity gradient field into the sum of incompatible and regular parts and develop a corresponding theory culminating in a generalization of the Navier--Stokes equations for an incompressible fluid. A tensor field which characterizes the incompatibility is introduced and a fundamental equation for its evolution is proposed. Properties of these equations are exemplified by revisiting the classical problem of pressure-driven flow in a plane, rectangular channel. For a sufficiently large instantaneously applied pressure drop, a novel action due to the diffusivity \(\kappa\) associated with the transport of incompatibility is present in addition to the normal diffusive and dissipative effect of viscosity \(\nu\). As \(\kappa\) is reduced relative to \(\nu\), the flow exhibits turbulent-like character in its fully developed steady state and the time needed to reach that state extends.

The steady state of the velocity and incompatibility is governed by a system of two ordinary differential equations which are fully analyzed and the resulting fields are determined and discussed. The transient problem is solved numerically and the graphical results show how these fields are structured in time by diffusion and dissipation in the channel during the transition from rest to steady state. A precursor laminar flow persists until a particular time at which the wall shear stress becomes equal to an a priori given cut-off value that initiates incompatibility at the walls of the channel. This incompatibility diffuses inward and interacts synergistically with the viscous action present in the channel to flatten the velocity profile so as to take on a "plug flow-like" appearance, and to redistribute the viscous dissipation and the dissipation due to incompatibility into boundary layers at the channel walls.