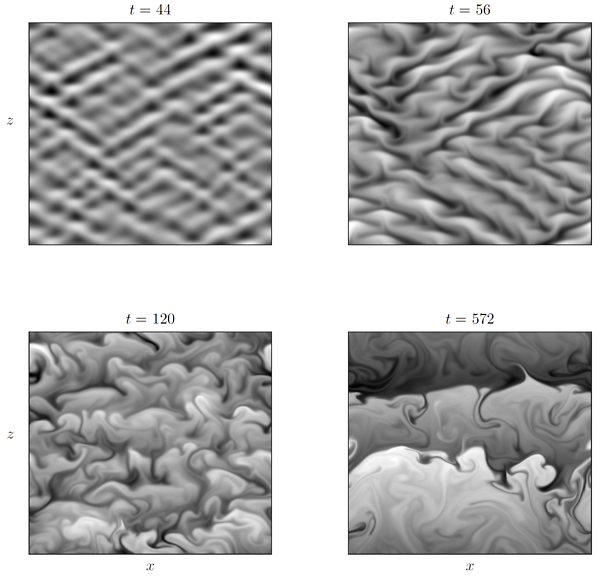 Mathematical Soft Matter Unit (Fried Unit) would like to invite you to a Seminar by Professor Eckart Meiburg from University of California, Santa Barbara.

Abstract:
We analyze the linear stability of stably stratified fluids whose density depends on two scalar fields, if one of the scalar fields is unstably stratified and involves a settling velocity. Such conditions may be found, for example, in flows involving the transport of sediment in addition to heat or salt. A linear stability analysis for constant-gradient base states demonstrates that the settling velocity generates a phase shift between the perturbation fields of the two scalars, which gives rise to a novel, settling-driven instability mode. This instability mechanism favors the growth of waves that are inclined with respect to the horizontal. It is active for all density and diffusivity ratios, including for cases in which the two scalars diffuse at identical rates. If the scalars have unequal diffusivities, it competes with the elevator mode waves of the classical double-diffusive instability. We present detailed linear stability results as a function of the governing dimensionless parameters, including for lateral gradients of the base state density fields that result in predominantly horizontal intrusion instabilities. Highly resolved DNS results serve to illustrate the nonlinear competition of the various instabilities for such flows in different parameter regimes.