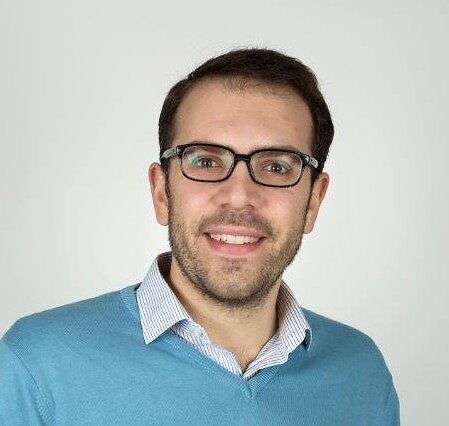 Micro/Bio/Nanofluidics (Shen) Unit would like to invite you to the virtual seminar by Prof. Giovanniantonio Natale on June 2 (Thursday).

Anisotropic colloids such as nanorods (e.g., carbon nanotubes - CNTs, Titania rods - TiRs) and nanosheets (e.g., graphene sheets - GSs, nanoclays - NCs) are important building blocks for novel materials. For bettering their processing schemes, it is often necessary to control and predict microstructures of anisotropic particle suspensions during flow.
In this talk, recent developments in predicting and experimentally characterize microstructural dynamics of anisotropic colloids during flow are presented. Through a single particle Smoluchowski formalism, we analyze first spatially homogenous systems focusing on particle orientation dynamics. Predictions are compared with experimental results of CNTs and GSs suspensions in the dilute regime of concentration by examining their rheo-optical response via small angle x-ray scattering (SAXS) and dichroism. The orientation of the systems is studied in simple shear flow and, for GSs, using oscillatory shear as a prototype transient flow. We expand these results considering two aspects. First, the predictions of the model are extended to nematic state where we demonstrate that LAOS is an efficient characterization technique to probe fully the rheology and microstructures of these systems. Second, we analyze the impact of size polydispersity on population orientation dynamics. For this, we characterize dilute and semi-dilute TiRs suspensions via small angle light scattering (SALS).
Finally, we remove the hypothesis of spatial homogeneity and discuss ongoing work on particle migration of anisotropic colloids highlighting the coupling between orientation and concentration during flow.

Giovanniantonio Natale is an associate professor in the Department of Chemical and Petroleum Engineering at the University of Calgary. His research interests lie at the interface between rheology, soft matter and active/passive colloids.  Before coming to the University of Calgary, Dr. Natale was a postdoctoral fellow at the University of British Columbia where he investigated the dynamic of active colloids in weakly viscoelastic fluids. He received his Ph.D. in Chemical Engineering at Ecole Polytechnique de Montreal on the rheology of rod-like nanoparticle suspensions. For his research, he already received prestigious awards such as the Best Poster at the 86th Annual meeting of the Society of Rheology (2014), the Best Presentation award at the 10th Annual European Rheology Conference (2015) and the NSERC Discovery Grant Accelerator (2017). For his involvement and contributions in the rheology community, he was recently elected vice-president of the Canadian Society of Rheology.