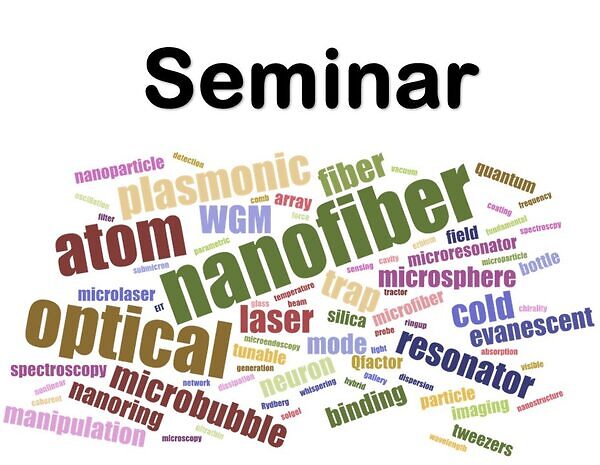 Abstract:
Anderson localisation is a wave interference phenomenon that is ubiquitous in nature. It was proposed first as the explanation of a reduced conduction in semiconductors by Anderson. It has been observed with light, as well as with ultra cold atoms in one and three dimensions.

I will present a series of experiments designed to study Anderson localisation in two dimensions (2D). A Bose-Einstein condensate of Rb-87 atoms is confined to a red-detuned light sheet, yielding an effective 2D system: atoms can only move in a plane. A repulsive dumbbell-shaped potential, generated by a spatial light modulator is focused onto this plane. The atoms start in one reservoir and transit through a channel where point-like scatterers are positioned randomly to arrive at the second reservoir, where the incoming atomic current is measured. The amount of noise, quantified by the fill factor, and the channel size are methodically varied.

Furthermore I will present past and new preliminary results on the interaction of cold atoms with a light field in an optical nanofiber. In the new experiment, we use a fibre Bragg mirror at the end of a long delay line to investigate the interaction of atoms with photons emitted by themselves after a long time. We use delay times both long and short compared to the lifetime of the atoms.