Seminar "From Beating Hearts to Fluttering Wings: Flow Physics and Computation at the Intersection of Mechanics and Bioengineering" by Prof. Rajat Mittal 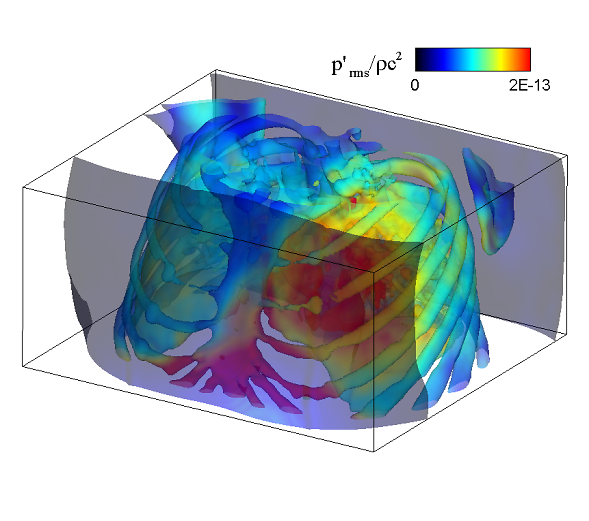 The unceasing growth in computational power and the development of new software tools and numerical algorithms is opening up exciting areas of research, discovery & translation in mechanics and biomedical engineering. Consider the mammalian heart, which has been sculpted by millions of years of evolution into a flow pump par excellence. During the typical lifetime of a human, the heart will beat over three billion times and pump enough blood to fill over sixty Olympic-sized swimming pools. Each of these billions of cardiac cycles is itself a manifestation of a complex and elegant interplay between several distinct physical domains including electrophysiology, muscle mechanics, hemodynamics, flow-induced valves dynamics, acoustics, and biochemistry. Computational models provide the ability to explore such multi-physics problems with unprecedented fidelity and precision. In my talk, I will describe several projects that demonstrate the application of powerful computational tools to problems ranging from clot formation, and heart murmur detection, to anomalous function of implanted heart valves. Application of these tools to problems in other arenas of mechanics such as bio-locomotion, fluid-structure interaction, and energy harvesting will also be discussed.

Rajat Mittal is Professor of Mechanical Engineering at the Johns Hopkins University (JHU) with a secondary appointment in the School of Medicine. He received the B. Tech. degree from the Indian Institute of Technology at Kanpur in 1989, and the Ph.D. degree in Applied Mechanics from The University of Illinois at Urbana-Champaign, in 1995. His research interests include fluid mechanics, computing, biomedical engineering, biofluids and flow control. He is the recipient of the 1996 Francois Frenkiel Award from the Division of Fluid Dynamics of the American Physical Society, and the 2006 Lewis Moody Award from the American Society of Mechanical Engineers. He is a Fellow of American Society of Mechanical Engineers and the American Physical Society, and an Associate Fellow of the American Institute of Aeronautics and Astronautics. He is associate editor of the Journal of Computational Physics,  Frontiers of Computational Physiology and Medicine, and the Journal of Experimental Biology.